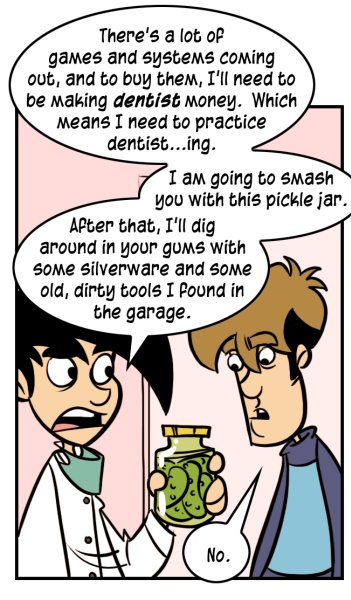 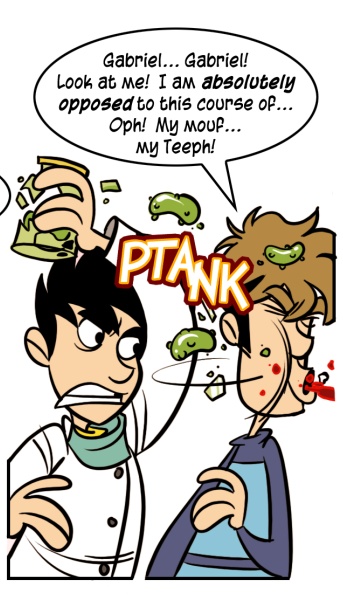 Robert broke down what the next three months are going to cost us, and even the conservative version of the list - the one that includes only "must play" games, not statistical outliers like "Garfield: A Tale Of Two Kitties" - is something like fifteen hundred dollars.

Understand that the only thing keeping that value as low - ha! - as low as it is is that there is no Playstation 3 on the docket. Let's imagine a world where head trauma rescinds my firm moral stand against the system's asking price. Assuming that I applied the same grim triage to those purchases, I could probably get out of there with only Resistance, Untold Legends, and Motorstorm, adding another eight hundred or so dollars before tax. We've begun to pile up old games and systems at the office in an unsparing appraisal of our home collections. Sentimentality has boiled away. Creative solutions, unorthodox tactics, and perhaps even questionable science are called for.

My mom does Brain Age now, it's a nightly thing, and as proud as that made me I was determined to show her what else her DS (Phat) was capable of. In the course of what I thought was relatively benign encouragement I've created some kind of tireless, chrome-girded robogamer.

I picked up a few cartridges so that she would have a little library of her own to fall back on. I figured Tetris was a good, solid, bedrock title, so in the bag it goes. I also told her that nobody cares about Brain Age anymore, it's all about Brain Weight, and to that end enrolled her in the Big Brain Academy. She likes both of those and yes fine whatever. But Animal Crossing: Wild World did something I've never been able to do: show her why her young man (who was in so many other respects a good boy!) chose to willingly disappear into these machines.

I didn't really expect it to take. It's straightforward to gamers why you should be doing some of those things, but not to human beings in general, even if many of the activities have realspace analogues. But she's a florist by trade, and I should have understood that the gardening and planting stuff would grip her brainstem. The basic hook of the game is that Tom Nook - who is, I think we can all agree, a son of a Goddamn bitch - basically enslaves the player with a mortgage, according to the darkest tenets of raccoon usury. You and I see the underlying mechanic - my mom just feels guilty, and she wants to do right by this creature.

There were several calls in the weeks that followed where I would have to ask her specifically if she was telling me a story that had occurred in the real world where people are, or if it took place in her imaginary animal town. One of the last conversations we had on the topic had her lowering her voice to the volume level usually reserved for conspiracies, telling me that she had discovered something that my readers probably weren't aware of: That Tom Nook will buy things that the player finds. I promised I would let you guys know. I expressed some fear that she might not be making enough money to pay the rent, what with her spending all day at the riverside fishing up Armoires and God knows what else. She sounded a little embarrassed, and told me that she didn't want to talk specific amounts. "Jerry," she said, after a pause, "I've got all kinds of bells."

I understand that this is ancient by Internet Standards, where the sentence before this one has already been read, ridiculed, discarded, dredged up, misinterpreted, used to support a position contrary to its nature, forgotten, and then, finally, necroposted. But I am telling you that you cannot live without Q-Unit, the Queen/50 Cent mashup. We've only been listening to it a week, and already we've begun to develop a suite of inexplicable (yet complimentary) powers.

and i fall into nothing 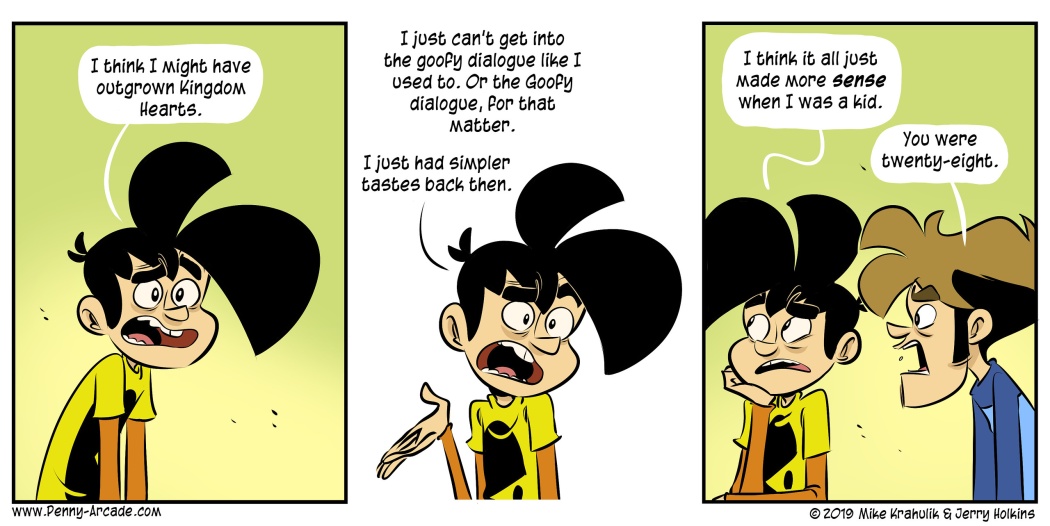