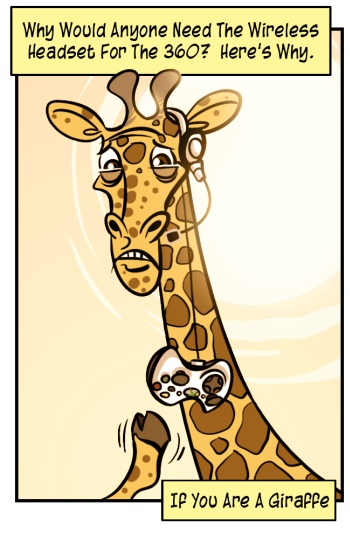 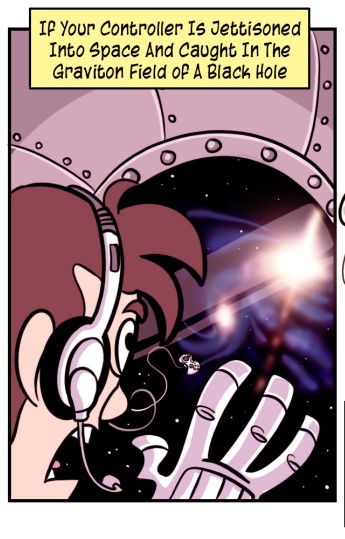 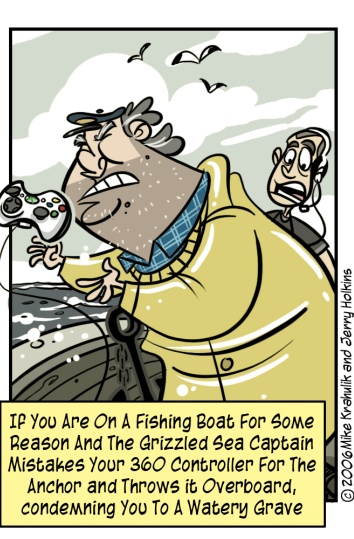 I'm excited about the Wireless Headset, the 360 one that ships on the sixth, though I couldn't tell you why, exactly. Gabriel is correct when he says that it is almost entirely irrelevant.

He doesn't actually use the word "irrelevant." I try, Lord.

The controller itself is already wireless, and if a game is being played, you're sort of... you know... holding it. You're holding the controller. You aren't actually tethered. There are no oppressive shackles to ceremoniously throw off. There is a small cable that goes from the controller to your microphone, but unless you are allergic to cords or something this tiny strand gives no offense. So, what is the draw? Part of me wants to hail mysterious spacecraft, an activity that seems to require an ostentatious earpiece. I think I'm also projecting long term, to the eventual release of that 360 thumboard, and I don't see a jack for a headset on there - do you?

As much as good sense and right living might recommend against buying Guitar Hero 2 for the PS2 - waiting instead for the more robust 360 iteration - the chances of that are very, very low. So low, in fact, that they are indistinguishable from zero. It won't keep me up at night. But it's got me hungry for what a combination of MTV clout and downloadable content could mean in real terms for the game.

This was running through my head the whole time I was at the concert. Right now, Harmonix and Red Octane are extremely strategic about what ends up on the main tracklist - they have more leeway in the bonus material, but they need to present a product that is going to appeal to our species as a whole. You're probably not going to get an In Flames track, or a Katatonia track, or an Opeth track. Even if you did, that one song would satisfy the game's USRDA for Death Metal in a single serving.

But genre packs unfettered by retail placement, say, five songs apiece, represent far more manageable levels of risk for the developer. Even single tracks priced correctly could help them know where to direct their efforts. Band themed packs for those that haven't shown up, yet - outfits like Metallica, Smashing Pumpkins, or The Pixies. New singles, released via Guitar Hero of all things. It may seem far-fetched, but it's perfectly mundane - this is the most rudimentary scenario being a Viacom subsidiary enables. They already know that we are playing videogames instead of watching their teevee shows. It took them a while, but they finally figured out how to solve the problem.

when you're with him 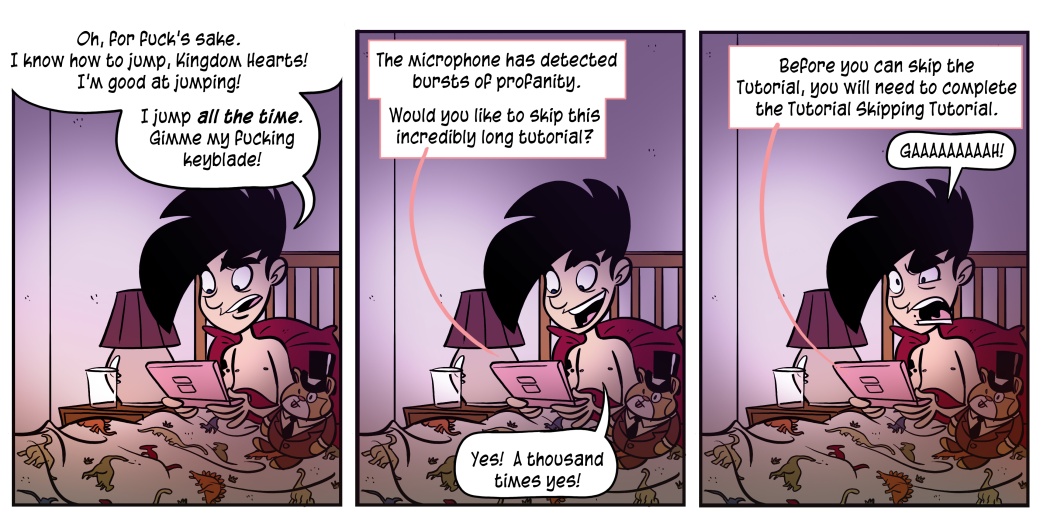