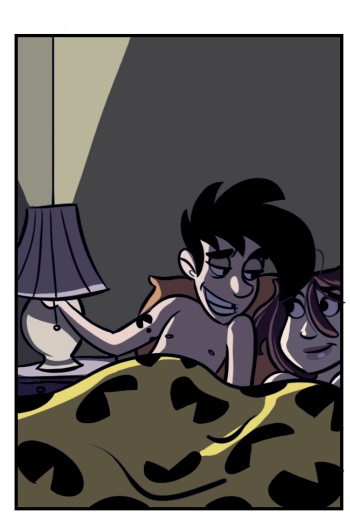 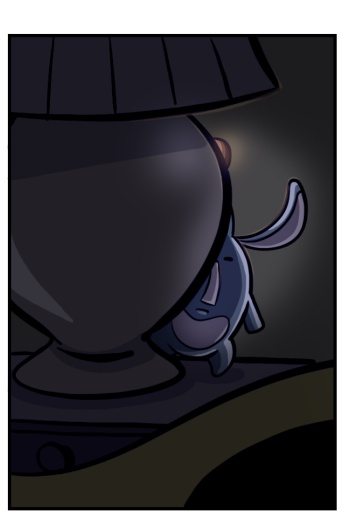 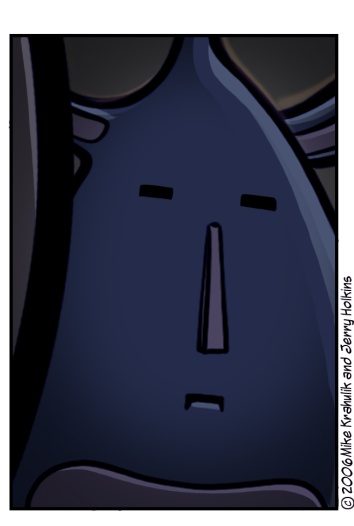 In the stillness after the Wii launch, owners of the odd console may have slipped into lethargy in advance of the next official Nintendo release. Their Wiimotes, bolstered by robust new straps, rest in cases of velvet. Now would be a great time to get them out.

Elebits is very entertaining, actually, and I think it would be even more entertaining if I were younger: the premise (conveyed by panels of strikingly beautiful art) is that there are tiny creatures (guess what they're called!) which animate all electrical devices. Where the rubber meets the road is that you need to tear rooms apart looking for them so that these lazy elementals can be put back to work. Similar to Katamari Damacy, you need to cross certain thresholds of performance before you can get the most out of an area. The concept had potential, and I think they've largely delivered on it: part shooter, part physics simulation, it's essentially a game where you enter pristine rooms and then ransack them to obtain omnipresent voyeurs.

It's really an under-served genre.

I met a reader shortly after I'd purchased my Zune, and in growing shame over my weakness I revealed to him what I had done. I was not chastised; rather, he wanted to know if it was any good. Well, it is! Sort of.

After announcing that my resolve had failed and I had purchased one for (essentially) no good Goddamn reason, Hawk from Applegeeks communicated his disappointment in my having purchased the Microsoft knockoff of the iconic Apple lifestyle totem. I was dimly aware that silhouettes in general are very enthusiastic about the iPod, making up over sixty percent of all purchases, and they often retreat with them to monochromatic realms to cavort. Well, Hawk would cease being merely disappointed and might evolve to spitting incoherent rage if he knew the fullness of it: not only did I purchase it, I hook it up to my iMac, booted into Windows XP. I'm going to let that one sink in.

Gabe is fairly unhappy with me for buying it as well, because (and he is quite correct) we live in a world where the iPod and digital audio are synonymous. He would not have used the word synonymous, but he would have meant it. That shit is on airplanes. The wealth of first and third party peripherals for the device extends, in some cases, beyond the reasonable. But I had a very good reason for doing what I did. Just give me a couple hours to think of it.

Seriously, though - come back in a couple hours.

in my best behavior