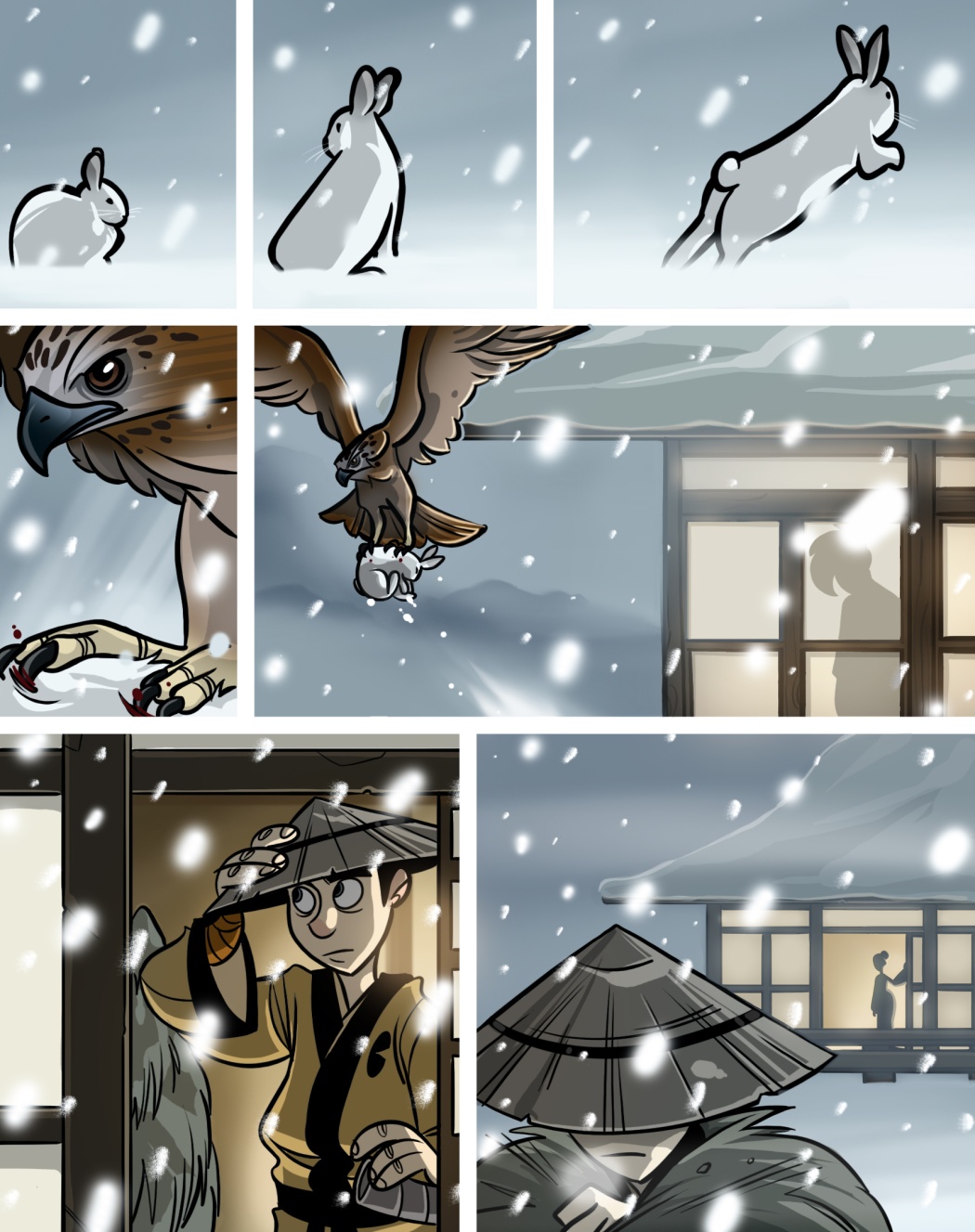 It is here - the final page of The Hawk And The Hare. Why is is called that? Well, now you know.

I go into phases where the DS is my constant companion, just as I did with the SP, and the wealth of recent media for the system has only fanned the flames of my ardor. You are aware, I am sure, that Final Fantasy XII: Revenant Wings - essentially the sequel to XII itself, a part of the "Ivalice Alliance" Final Fantasy Twelve spin-offs and re-issues - had a trailer drop for it over Christmas that is really a lot to take in. You may want to take note of 1up's fascinating rundown of the known data - it sounds for all the world like what a XII fan would crave: real-time battles, with the gambit system intact.

That's just the beginning of the SquareEnix onslaught, though. Hit up the trailer from It's A Wonderful World, check out its startling pedigree in this preview, or drown in Japanese Demon Writing at the main site. As the only fans of Crystal Chronicles worldwide, this may not be delicious to you - but a trailer has finally hit for the DS iteration of the franchise entitled Ring of Fates. It's longish, and the screens are small, but it's all we have and we must be strong.  If you take all these alongside the Dragon Quest announcement we discussed previously - a direction I understand has received a mixed reaction - you begin to almost fear the power of this strange machine.

From the moment I chose to insult Gabe's spelling in the last post, I felt confident that I would screw something up in my own, and pored over my output with a watchmaker's precision. A drunken watchmaker's precision. The precision of a schizoid vagrant who has recently found a watch. I resolved the issues in the old post, because I could no longer abide them - but the crimes were real. Let this be their epitaph.

This said, to imply some parity between my occasional lapses and his aggressive, animal assault on language is dangerous. It is also specious - a word he doesn't know.

As of today, Friday, December the 29th, your efforts with Child's Play have amassed $963,160(!!!).   This is by no means the final figure, nor  is it the final post on the subject - there is still a tremendous amount of tabulation to occur, new checks, community initiatives, last minute rushes, and perhaps even New Year's Epiphanies.  I have faith that we will reach a million straight up in donations, and if we do not, I am steeling myself to make a financially debilitating charitable contribution.

these are the hands we're given