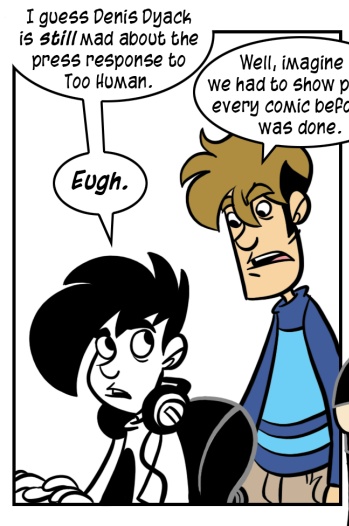 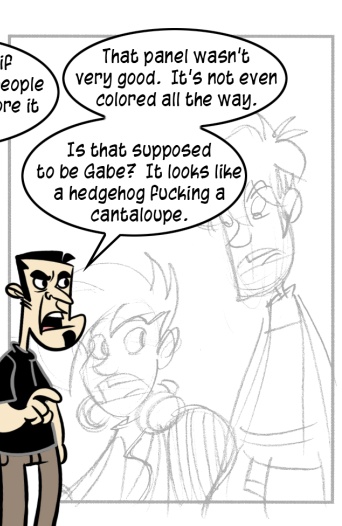 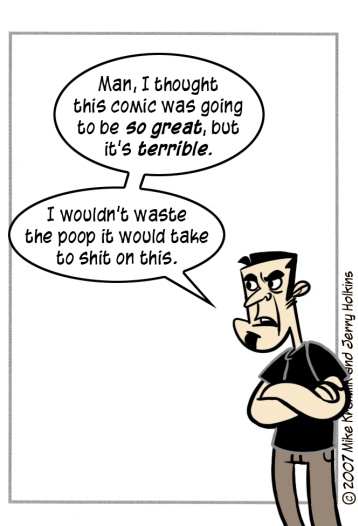 Denis Dyack is still smarting over previews of Too Human written last year regarding a demo he admits was bad, and in EGM's most recent podcast he takes an opportunity to interrogate one of the men responsible. He spends the second hour of the podcast making a series of completely unsourced and unverifiable claims about his product, which - after having been browbeaten for the first hour - his gentle hosts are understandably reluctant to analyze.

I met Denis a few years ago at E3, back when they were still vassals of Nintendo, and our kinship was immediate. I took no pleasure in writing what I did about Too Human, a note that I think is unambiguous in the text. He is angry at this specific instance, a show where he was more or less forced to present a product that was out of phase, but he's also angry in general that developers need to take time out to prance beautiful ponies before a sneering press corps. I get it, absolutely.

He identifies very deeply with this product, and when someone is cruel to it he takes it personally. This, too, is something I understand with perfect clarity.

A motif he adopts in the podcast and elsewhere is that his game will be great, and then we'll all be sorry - like an unstable, teen-aged pyrokinetic who swears his hot vengeance upon the mean boys in gym. I won't be made to apologize for telling people the truth, so that one's gonna be a tough sell. What I can do, what I will do, what we do whenever the facts change is to change our minds. If Too Human is excellent, and their pedigree suggests that it will be so, expect to hear that truth echoed throughout our lavish marble audience chamber.

All of this started precisely because people fully expect to be amazed by the man and the company he leads.  There are worse problems than this.

He's placing a lot more value on the strength of an ancient preview than gamers do, no doubt because of his proximity to the subject - but he should take less stock in overgrown Interweb detritus. Home and LittleBigPlanet provide a powerful counterpoint: it only takes a single inspired maneuver to uproot years of sin and misery.  We are gamers, after all.  When you succeed, we succeed also.

When we talk about the media consciousness of The Web, we're talking about something that is largely ahistorical and completely obsessed with immediacy.  A tight demo dropped onto Live - either before or concurrent with the retail release - would see every grim prophecy obliterated. 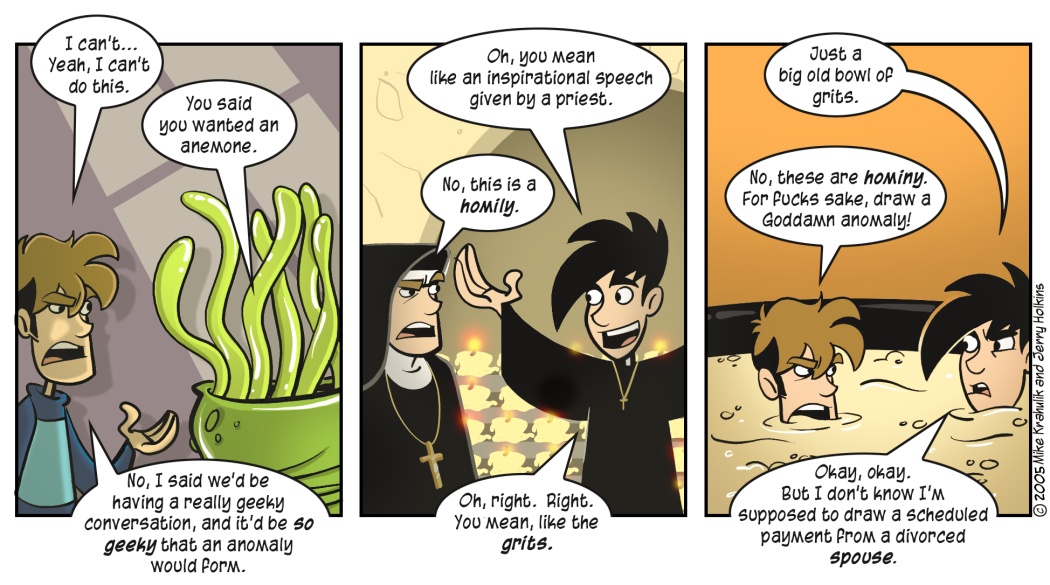