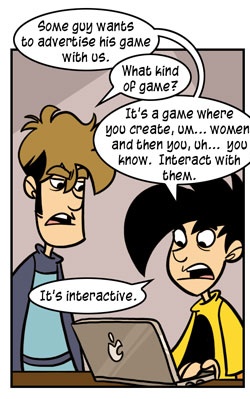 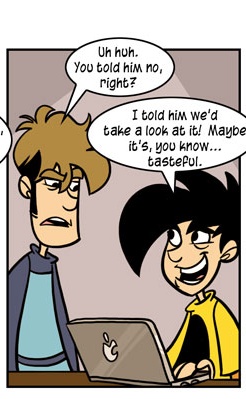 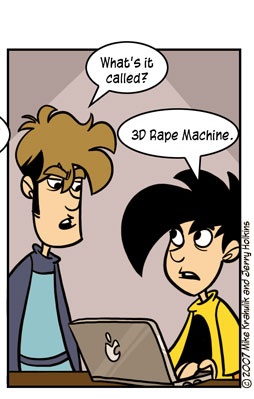 We have altered the name of the product, but we were approached to advertise, um... something. I'm not exactly certain why he thought we would be a good match. We did run ads for Drakengard, I suppose - perhaps he thought we were amenable to objectionable content.

There were some choice bits to come out of Capcom's recent Gamer's Day, but of course I zero right in on the one nobody cares about: Talisman is coming to Live Arcade and PSN. I could fill yet another blank screen with text about how there is this sacred, unrecognized kinship between analog and digital gamers, an extended family we can trace and catalog with Mormon precision. I wont. But Talisman is a classic, almost universal board game concept and seeing it go digital is like inhaling aerosol joy. Carcassonne, another favorite, hits Live Arcade on June 7th. I had plans that week, but I have begun to systematically murder the participants.

At the Last E3 Ever, while I was idly watching someone do something in Hellgate: London (the screen was dark) I was approached by someone from FASA who wanted to talk about Shadowrun. Having just learned that there was no single player content and that the game was not set in the continuity Gamers Of The Book expect, I put my mind in cruise control and let my lower order functions manage the interaction. I wasn't ready to have a conversation about it yet, least of all with this hooded executioner of the franchise. He then said something about it being like Tribes, which caused my humours to boil. You don't just get to say something like that. You don't get to hold up your filthy handkerchief and call it the Shroud of fucking Turin.

Now, having played it at my own pace and not in the pandemoniac hall of some trade show, I know what he meant - and he's not wrong. Indeed, I was wrong, and then I compounded it by being rude. Heading across the lake to play it some more today, hopefully I'll come back with the good word.

SPC Clinton Peterson and fanboy provocateuse Karen Traviss both wrote in to tell me about Ziggurat Con, as though I were not aware, as though there were any place above or below the Earth not known to my raven spies. Ziggurat Con is being held in Iraq, by soldiers, and I'm in contact with the guy running it to find out what they need with specificity. I heard that people might have to share dice, dice for fuck's sake, and my whole body shook.

one of them art deco halos