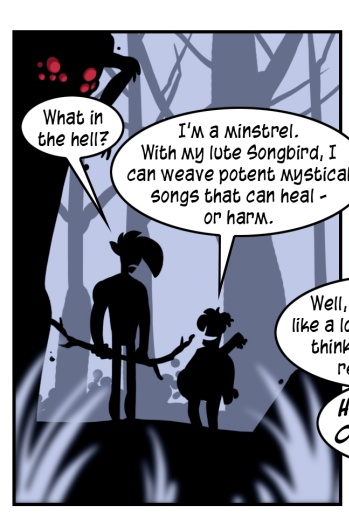 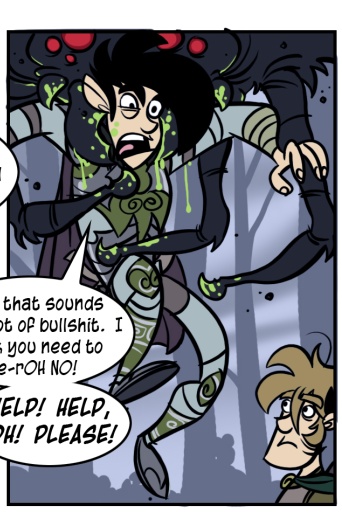 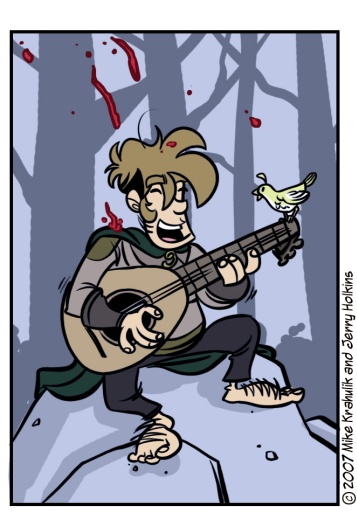 As for the strip, minstrels are actually a perfectly fine choice - they are the "priest" option in Lord of the Rings online, just like their Hunter class deals the damage we associate with "wizards" elsewhere in the genre. Many MMO tropes are rejiggered for the setting - it's not a place where people cast fireballs or rain down frozen shards before they hop on a gryphon. I tend to suck the marrow out of these late-phase open betas, discarding the shattered bone once the game is launched, because Massives create desperate brain hungers with their insidious reward schemes. I'll be curious to see how long this terrible appetite persists beyond the launch.

So, yes - after Monday's hands-on experience with a very, very complete version of Shadowrun, I'm comfortable saying that they aren't blaspheming when they talk about Tribes. Tribes brought us robust customization and highly novel mobility systems.  Teleporting through walls, floors, and ceilings is something I'm prepared to call "highly novel," and the Glider option will really take you back.  If you can picture Tribes conglomerated with one part Counter-Strike, adding a round-to-round buy phase but bolstering the mundane options with cyberware and magic, you're there.

Getting past what I wanted a Shadowrun game to be - i.e. a role-playing game - was difficult, but this is not the first time they've gone elsewhere with a setting that I have some affection for. They took Battletech and Crimson Skies, elaborate tabletop wargames, and transformed them into (quite enjoyable) twitch action festivals. I've complained each time, and then recanted. There's probably a lesson in there, somewhere. Judging the game Shadowrun isn't might not be entirely constructive.

You've got four races, each with varying levels of "essence" that is used to power spells. In addition, when you install tech options, some of them actually lock up a certain amount of your essence so it's not available for use. Here's one example of how these things come together: A troll's skin begins to harden as it takes hits. This is an effect you can actually see, so as an opponent you can gauge how much of your damage is actually getting in there. You can chip this troll with Smartlink, an augmentation that allows limited autoaim, adds zoom to any weapon, and lets you fire into melee without harming your team. Installing that equipment locks down some essence. But since a troll's defensive ability is actually powered by essence, you're making a choice in doing so.

This is a game that is going to live and die by its demo, because I honestly believe that if I were to put a shooter enthusiast in front of this thing, the polish, the loadout options, and the feel of it will get a hook in. As an abstract concept, the game has interesting ideas. As a genuine experience - where its quick rounds and area-of-effect resurrections make each map a roaring asylum - it enthralls.

Denis Dyack has - in some inscrutable subversion of his prior manifesto - given IGN deep access to his nascent Norse Sci-Fi Action RPG Epic Trilogy Game. I like what I see. I'd love to see more. 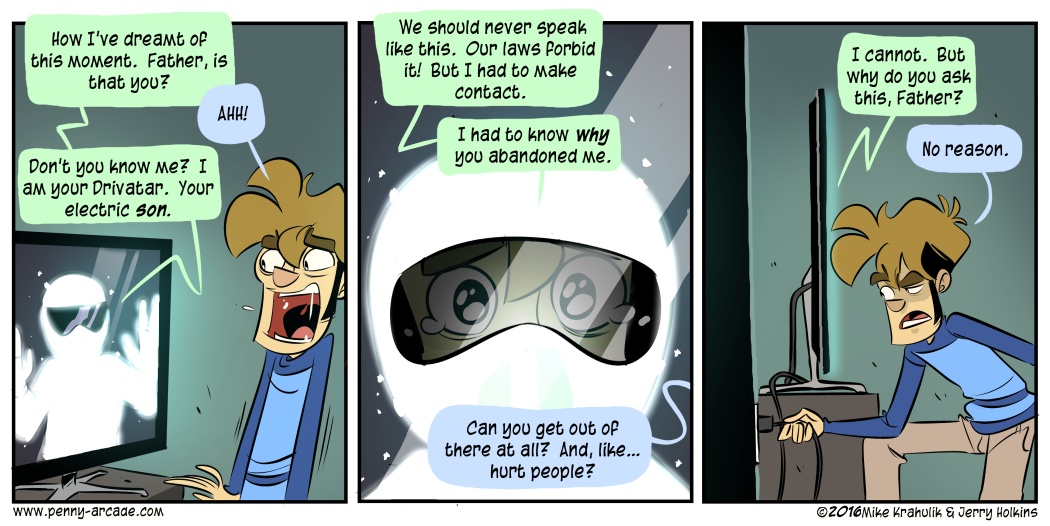