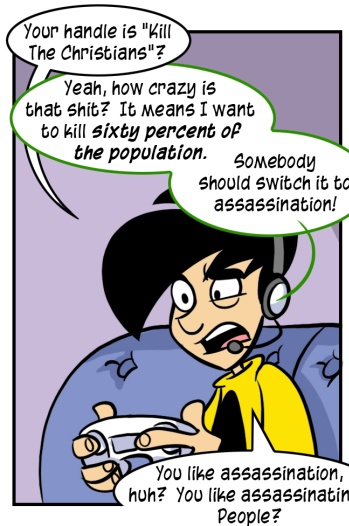 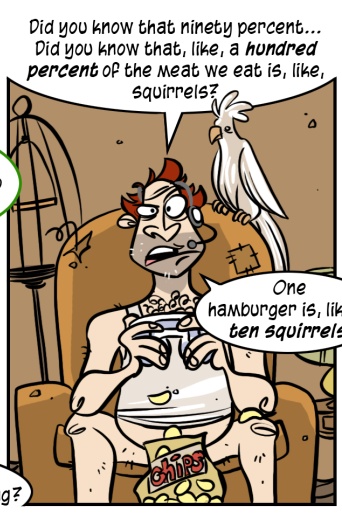 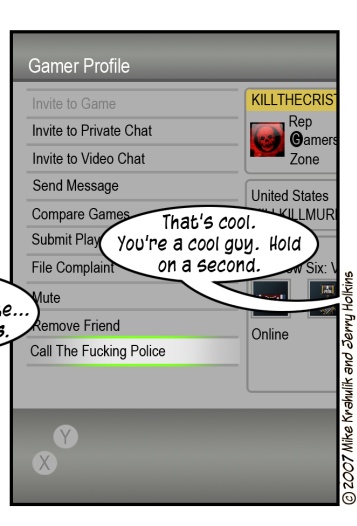 Re-instituting a serious play schedule is going to take a couple days, but already our forays have proven useful: behold! We met a crazy person! After making these statements, he assured us that he was (in fact) "Stable." It's funny how asserting one's stability tends to create the opposite impression.

Thanks to everyone who took us up on the R6 offer of friendship, or at any rate friends list-ship, however you would like to formulate it. I can't speak for Gabe's competitive "stable" but at any given moment I've got thirty or so people on and ready for games, which must have been their fantasy when they created the service to begin with. I have positive experiences with it, but on the old list I often got the impression that while we were all in the same room, we were each facing different walls.

I must stress that Playstation 3 owners should take no succor from that statement. By comparison, your friends aren't just facing different walls - they exist in a parallel fucking dimension. This is, of course, assuming that the developer managed to patch in a social component. I'm sick of people claiming parity between the online offerings of these systems so that they can appear above the fray. One of them is awesome, and one of them is dogshit. I don't know why they should ever improve it if you fuckers have already given them the Gold Star.

The thing Playstation 3 owners should be taking succor from is the recently released demo of Ninja Gaiden Sigma, which has succor in ready supply. When Guitar Hero was released on the 360, it was hard to imagine the person who had not played these games already on a Sony platform, at a friend's house, or seriously, at some kind of Goddamn Best Buy kiosk. The difference, of course, is that everyone owns a Playstation 2. I myself have owned five different PS2s - you can't seriously follow this hobby without access to one. The original Xbox can't claim the same kind of ubiquity, and it is reasonable to assert that even a person who takes gaming seriously might not have owned one. They would have missed out on certain things, of course, but they were completely buried under quality product for years. Even after "the last great game for the Playstation 2" has been released, must-have titles still alight on those supple boughs - boughs that flex with the weight of ripe fruit.

Even so, Ninja Gaiden was still something to covet. Team Ninja has already been back to the well once with this game for Ninja Gaiden Black, we may call a kind of Director's Cut, which must make Ninja Gaiden Sigma the "re-imagining." As the definitive version, it's exquisite - similar to the super awesome versions of Lord of the Rings they released after you already bought it, this is indeed something you may lord over others.

it does not know you