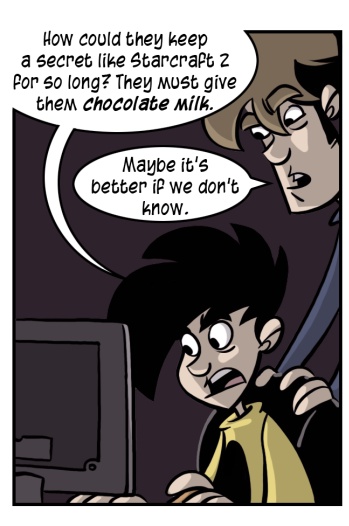 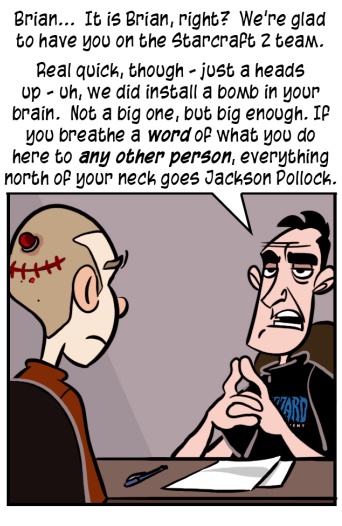 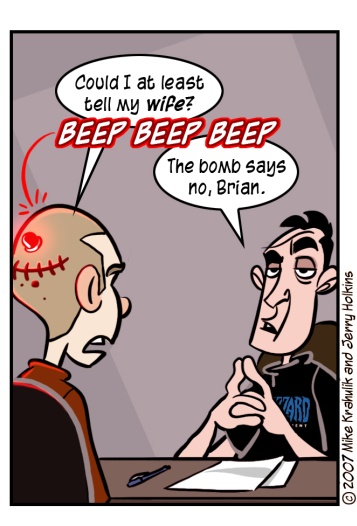 Gabriel and I played Starcraft, everyone played Starcraft, but for the most part he and I would play two Terran armies against Zerg computer opponents in an effort to simulate Starship Troopers. It might sound like you could only get a couple nights of entertainment out of this scenario, but you'd be underestimating our feelings toward Starships and the proud Troopers that wait within.

We would sometimes play online, though I'm prepared to call those times rare in number. This was never our purpose, and so watching this aspect of the game become a global phenomenon was bizarre - like seeing discarded juice caps become a national pastime. The announcement of Starcraft 2 (kept secret, no doubt, through means nefarious) is perfectly acceptable game news, but most of what the announcement did was to make clear just how potent Starcraft's legacy has been.

(The less said about its harvest of Warhammer 40k, the better. For Blizzard.)

I've seen world-class Starcraft played, and it looks nothing like the game I played with my friends. They aren't just doing the things that we do, only faster. They are operating some kind of Zergling circus; they appear to have taught them tricks. There is a zergling with a ball on its nose, walking on a wire with a long stick. Gabriel and I watched Yellow play at Blizzcon and couldn't really understand it. It was as though he thought in an alien way.

Blizzard's approach and the refinements of the Brood War pack created a classic, enjoyable game. But it is the combination of its vast community and years upon years of mechanical stability that have made it an institution, given it the legacy and and tradition that we associate with sport. Could a sequel even accomplish that?

do you want to feel everything