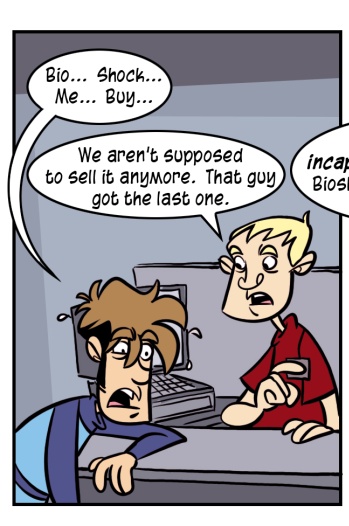 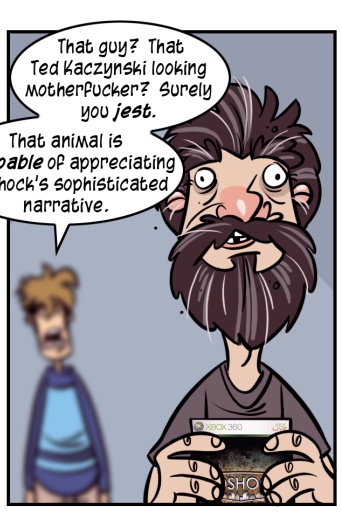 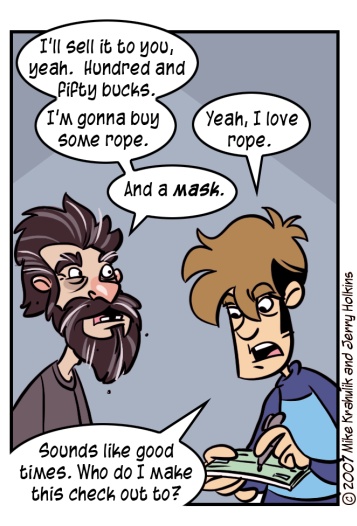 Alright - this should be the last Bioshock comic we do until the game is released on Tuesday. Monday's comic? Could be anything: immolations, loose arachnids, you name it. No doubt come Wednesday, the prior obsession will assert itself.

Like virtually every other person, I was unable to secure one of these rare, "wild" copies that were inadvertently released. I have tried to run every Goddamn swindle in the books to secure a copy of the game, being rebuffed at every turn, to the point that I've come to terms with my deprivation. I've come to think of myself a profoundly tragic figure, pulling myself on my belly from day to day, dining only on agony.

Seeing what achievements people are earning is a little painful. Not because I care about achievements, now - I caught on to their pyritic nature almost immediately - I play games in the manner that pleases me most, and when an achievement is earned it is essentially a condiment. But they do represent activities desperately yearned for, and their brief descriptions do strum the heart, like a sonnet.

Pork sent me a link to "Zero Punctuation," a weekly Escapist feature which is done by a person. It's hard to describe it, but it is (in some ways) a review of the Heavenly Sword demo. I enjoyed the piece quite a bit, although I do admit to a soft spot for the "twing-twang" neologism he guts so effectively. Also, it reminded me that I never spoke about the demo in the post, which revealed an opportunity.

The game, as presented in the minuscule demo, didn't make an especially strong case outside of its narrative - the graphical tearing and strangely loose environmental interactions were strange in a game this crucial to the platform.

When I heard that this demo is based on a version of the game that is almost a year old, I immediately withdrew my sensing organ. Demos are released via a byzantine process that requires a tremendous amount of synchronization between what are essentially warring factions - Developers, Publishers, PR, and Marketing. Add to this the last layer, when the platform holder wants to release it tactically, and God knows the level of "freshness" a piece of software actually represents.  It's coming out in a couple weeks, we can safely make determinations then. 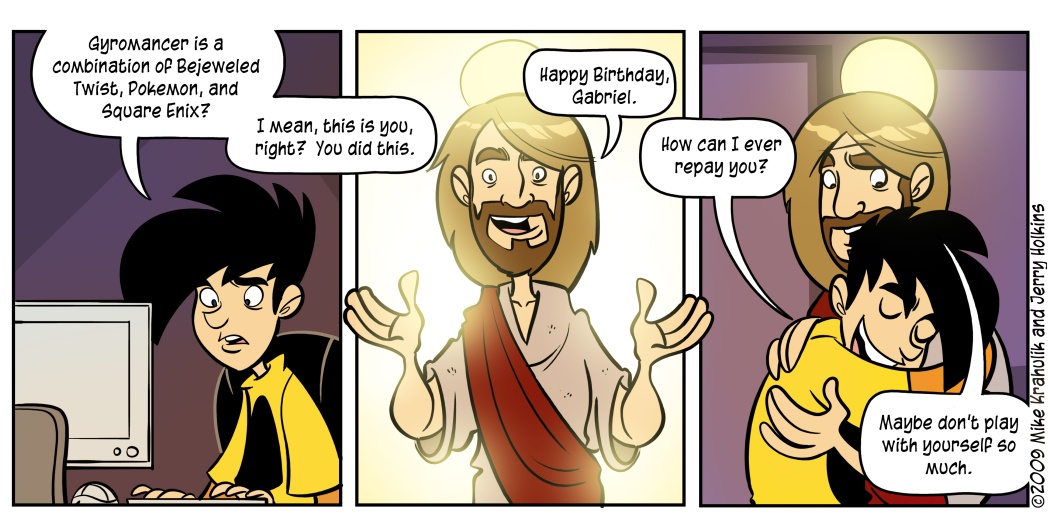 Love Bombs From On High