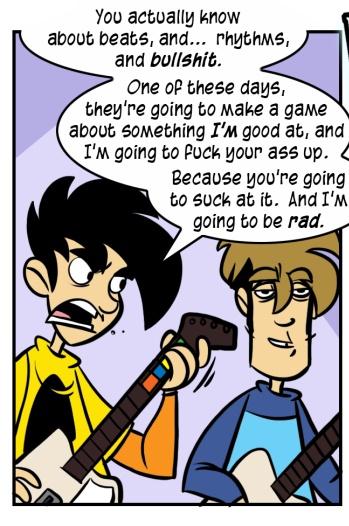 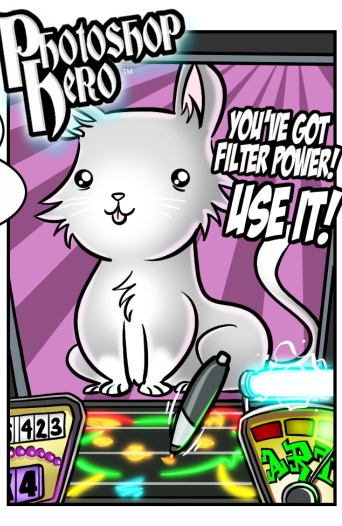 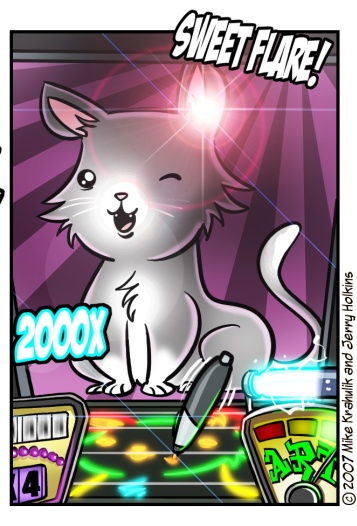 Rhythm games aren't my forte, but I have a lot of inbuilt experience with meter which helps me fake it until I can build genuine skill. And, as rhythm elements have crept into the entire medium, Tycho stock has been in a boom phase. It's understandable, then, that while I soar and illuminate - and Gabriel sputters, bound to earth - tensions related to my prowess have begun to burn red-hot. That is, until they cool again. These things have a way of working themselves out in the fullness of time.

There's an incredible article over at Wired this month (and possibly also in the magazine?) about the Bungie's psychological approach to game design. What a tremendous challenge it must be to retain authorial control in such a case! As someone whose output is rarely screened by any agency, the whole thing gave me chills. The right to fail nobly in a creative endeavor (as we sometimes do) is such a powerful luxury. No such luxury may be extended to them, upon whose toil an entire platform rests. God keep me from such a fate.

I keep hearing that Metroid Prime 3: Corruption isn't being promoted very well, but the person saying this always seems to know about it, and then when people share this complaint in the thread those people also seem to be "in the know." It ships on the twenty-seventh of August, if you weren't aware - but since you almost certainly are, we needn't dwell on it. What we should be dwelling on are the series of teaser vids that Retro has been trickling out. Metroid's largely mysterious heroine has always been a huge draw for me, and going into deep detail about the character would actually damage the mystique. But the universe she operates in need not be vague, which is why these clips are such a rich meal: there's the Aurora Unit trailer that modernizes ancient Metroid canon in a classy way, and there's a treat at the end of the Valhalla trailer that ties it all together. They both cover a setting that has gotten darker and more sophisticated, tones we don't typically associate with Nintendo.

We like to get kicks in on the post-Harmonix Guitar Hero, partly based on their "wacky" multiplayer concept - which ordinary gamers will probably love - but also out of a sort of tribal loyalty. This having been established, they've built an authentically heroic tracklist that really has a lot of beef. Going from the most recent Rock Band announcement out of Leipzig, both versions appear to have Radiohead's "Creep" and the Beastie Boys' "Sabotage," which is something of a comfort. After seeing different songs on each game from Metallica and The Rolling Stones, I wasn't sure if they were already traveling down the catalogues securing exclusive weaponry. I hope that the labels in this case see the old wisdom of arming both sides.