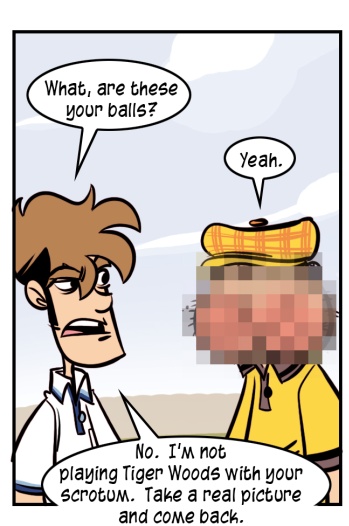 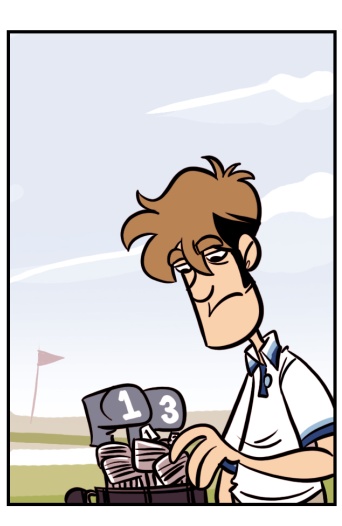 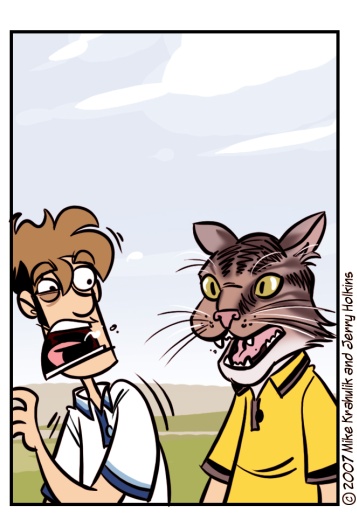 Last year's iteration of Tiger Woods had a fairly serious glitch in multiplayer, in that the game could not be played in multiplayer mode. Or, it worked sometimes, but there was no way to know how or when - what combination of dances and burning herbs would right this aloof mechanism. It was most likely the rush of new owners securing tee-times on simulated links, but after a week of trying to use the product without success I decided that I had better things to do than try and contextualize EA's grave miscalculations.

The few times we were able to jump on and actually get in there were the kind of epic, unadulterated "guy fun" one sees lionized in hilarious summer comedies. Golf as a sport (and as a videogame) has the strong undercurrent of shared misery that one usually finds only in dive bars. The recently released demo for this year's product - on both PSN and XBL, now - recalled those moments to us, independent of the rage that bookended each round of powerfully communal spirit lodge golf. This year's product has a huge focus on Gamernet, a kind of user created content initiative that will hopefully see them approach the performance of their online infrastructure with more conviction.

GameFace, their face making thing, has seen a significant jump this year as well - it can take pictures from your console's camera and create actual face geometry, and I understand that photos can even be uploaded online and then brought down on the console for processing. We were able to get some pretty good results with the earlier versions of the tool, but this is very much appreciated. Of course, in the wrong hands, every tool is a weapon.

Ubisoft is now saying that Haze is an exclusive exclusive for the PS3, and not one of them timed or partial exclusives one might see in the lesser houses. Truly monogamous games are rare these days, and this is certainly a surprise, but this thing has been hopping back and forth for months. There was even a leaked document that showed this "exclusive" being released a week later for PC and 360, though all traces of the document were soon obliterated. Assassin's Creed was (as you'll recall) a PS3 exclusive as well. For a week, at any rate.

I'm really excited for Haze, but I'm not sure if that's a universally held belief. The writer made a good impression on me at E3 several years ago, and Free Radical makes a good impression on me whenever they make a videogame. It's also a four player co-op experience with a unique, asymmetrical multiplayer proposition that you've probably read about. But, as with Bioshock, I'm really in it for the story - and, also like Bioshock, I think anything that limits its potential audience is a serious mistake.

despite my better efforts