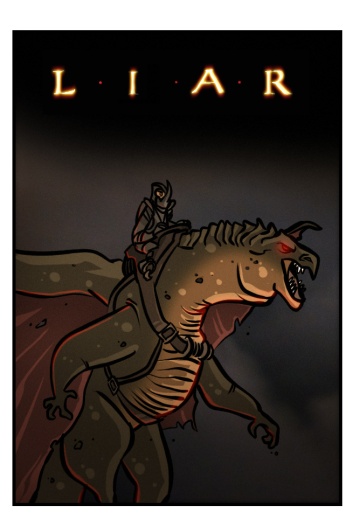 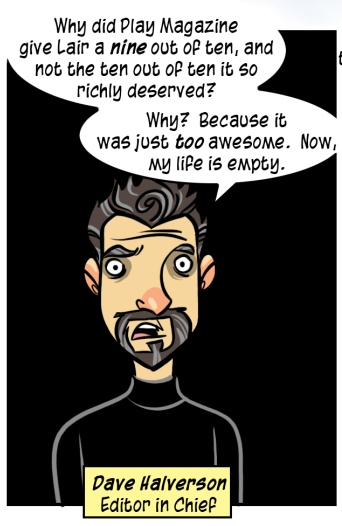 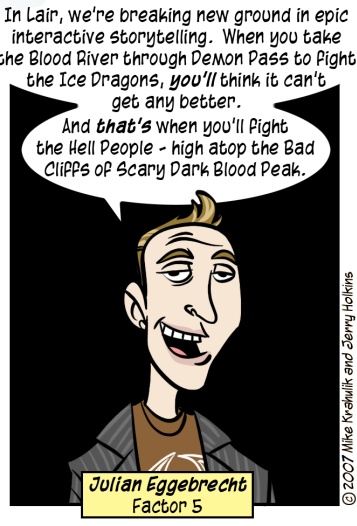 You couldn't pay us to play Lair any more than we have already. The game has given me a new respect for the professional reviewer, because when a game like Lair hits their desk, they have no recourse. They must tread, as Dante did, down that scarred staircase and into the greasy throat of hell.

The people behind the solid reinvention of Warhawk chose - in their kindness, and in their wisdom - to let the player decide if they want to wrangle their flight gameplay via Sixaxis or the analog sticks, a move that'll prove prescient. Controls aren't the only problem in Lair, though, so altering the controls wouldn't represent a complete solution. You're using those controls to accomplish frustrating, unimaginative, sometimes enigmatic tasks.  People will forgive a good game its indulgences if they feel they're being met halfway, and one never gets that impression here.  You may find yourself in disbelief an hour into it, the Electronics Boutique receipt crumpled in your fist, trying to correlate Lair's non-stop torrent of anguish and your missing sixty bucks.

I would never ask you to take my word over your own experience, though, and you'll certainly find those online who will bolster you in your choice to purchase. There are some who derive a kind of perverse superiority from their mastery of the game's ambiguous mechanics.  For my part, I don't give a good Goddamn if someone has trained themselves to eat shit and like it. The game is not challenging, it's difficult to play, and it's taken many years but I'm ready to begin making this distinction.

This is an indictment of Lair, and not an indictment of the Playstation 3 as a platform like you might see burst online in some flammable thread. Playstation 3 owners will have plenty to crow about soon enough. Heavenly Sword, well... We'll talk about Heavenly Sword later.  But
Lair and Sony aren't synonyms, it isn't emblematic of your choice of console. It's just... bad, a raw-feeling launch title that even an additional year could not rescue.

We don't need Lair to be good, and so we don't need to make excuses for it. It has been extremely strange to watch the community react to reviews like the one at IGN, with claims that the site is "known" to be biased against the Playstation 3 - as though a site with IGN's expenses could afford to play such a dangerous game with one of the pillars of the medium. The reality is that IGN delivering a four-point-nine review of a title this anticipated is a sign of their allegiance to the reader. I'm not a fan of the site. IGN.com is not my homepage. But scoring a game this low, so at variance with their average numerics, is the sort of maneuver that should restore faith.