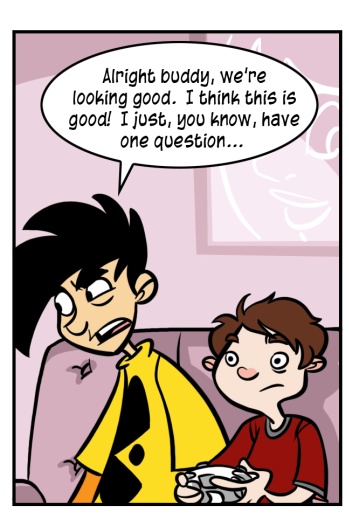 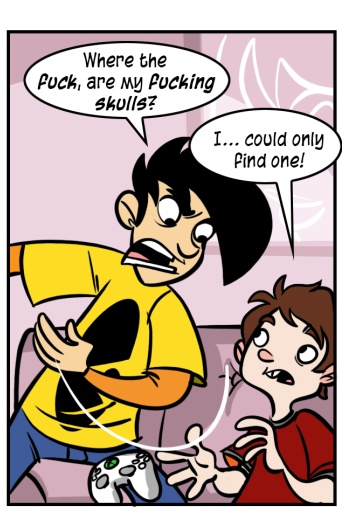 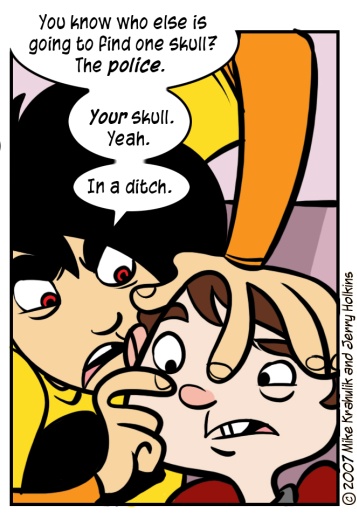 We have constructed a new comic, available here. If you ever fear that the site will be long bound in narrative chains, be at peace. You can be entirely sure that we will get bored of it long before you do.

Rumors - strong rumors - that the Playstation 3 is in for a four hundred dollar "budget" model have now reached a rolling boil, suggesting that Sony is finally ready to take its bad medicine. At that threshold, I'm willing to make a long term investment on future enjoyment. The common man may balk at the forty gig hard disc, i.e. how slight it is, how wispy, but I've got hard drives laying around the house bigger than that. Recall that less than a year ago, you were buying a machine with half this much space for a hundred dollars more. Of course, again - you and I don't care about the space. We know about the "New Eggs," can "log on," etc - but that hard disc is the key way they differentiate this thing to regular customers. This is not a position of strength. They have already wrung out the zealot. If this maneuver stalls, is there sanctuary for them anywhere on the Earth?

I really liked the Jericho demo, but I don't know if it's because I have a deep well of hunger for modern fantasy settings or because there's actually a hot meal here. I mean, I seriously can't tell. There are certain things that disrupt my ability to objectively decipher stimuli - Sherlock Holmes and Artificial Intelligence are the big ones - but dark fantasy and automatic weapons placed very near to one another just makes the needle dance in the compass. Clive Barker is another weakness, and he's involved too... It's like the whole thing was designed to confound me. I have no idea if they're able to communicate with any real vigor their ensemble cast of Sorcerer SEALS, or if the cramped warren presented in their demo represents their entire level design philosophy. This is just me gesturing weakly at the game, saying, "There is a game, you know... kinda... over there..."

I picked up my copy of Phantom Hourglass yesterday, along with a Cinnabon, returning later to buy another Cinnabon for a "friend who really likes cinammon," proceeding to eat both in the front seat of my car, sometimes honking inadvertently.

While I was in the frigid Goddamned north toiling in his service, Gabriel was down here excavating treasure or whatever in a review copy of the game. I had time to play it a little when we got back, but we've had an enigmatic Japanese copy in the office for a while. That is to say, we already knew of its incredible polish - the exotic, aromatic oils, waxed deep into the dark wood. My favorite review is actually in a 1up writer's personal blog, and I'm not in a position to speak to much of it yet, but if you're hesitant about what stylus exclusive controls would do to Zelda, a half hour with the game will dispel it. At forty five minutes you will be absolutely transported. After an hour, in the margin of your thoughts, you'll begin to fantasize about what they'll do in the Wii. 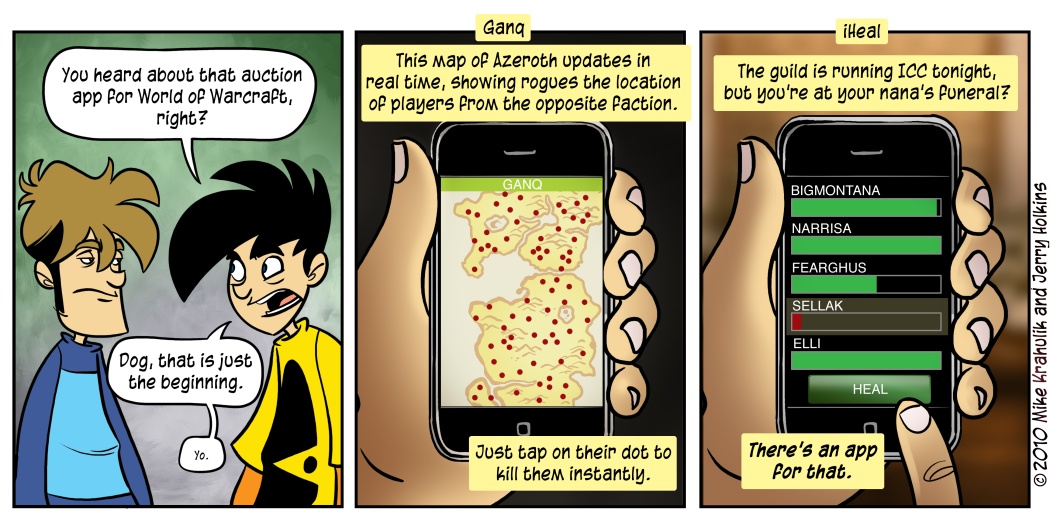