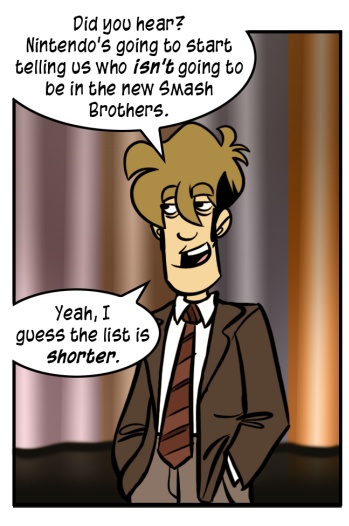 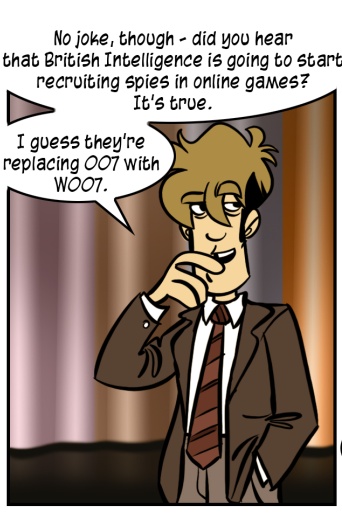 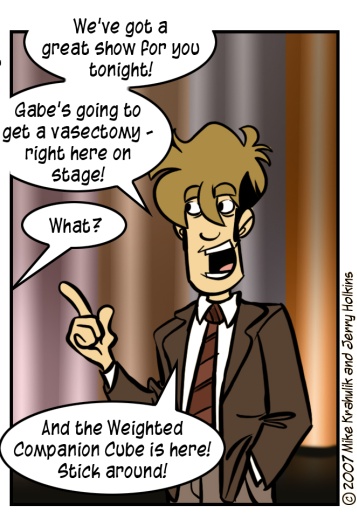 There was so much news, we had to poke it with a schtick. I'm allowed one or two puns like that a year. At least, I hope.

The value of each leisure minute has increased exponentially since the holiday deluge began, that's not precisely news, but the games that are losing out over here are of such a high caliber that it's a little scary. I downloaded the demo for PGR4 and loved it, in fact I still play it - I'm playing it right now, and you would be horrified if you knew how. This said, I have no idea where I would fit this game into my life. This is patently ridiculous - a game of this obvious polish and pedigree would command that tray for weeks at any other time of the year. We're both in love with Zelda, but can so rarely consummate this love as bright baubles are constantly rolling in. Gabriel doesn't even make time for nightly Halo - his evening is entirely routed to The Lion War. When Call of Duty 4 hits on the fifth of November, I have plans to betray our collective in a similar fashion.

The time I did have yesterday wasn't even invested in the long-form retail games that I see as the core of my responsibility to you. Every moment not devoted to Halo was soaked up by Every Extend Extra Extreme, an XBLA game I had already played on the Playstation Portable and the PC, only to find that its true calling was on the console. Another game with a strong audio focus from the creators of Lumines and Meteos, the entire objective is to blow yourself up in such a way as to create the most casualties - I can't wait until Jack gets ahold of this one. It has other modes, but that's the basic idea, and of course it's all very abstract. Like other games from Q Entertainment, how much you derive from it is often a function of how open you are to its audiovisual synergies. It's fun, but that fun is not a result of complex systems.

I also picked up Everyday Shooter for the PS3, in further dereliction of my duties, having a series of profound experiences with it that might be too strange to describe. The game's author expresses a debt of gratitude toward Q's Mizuguchi and others, but he's accomplished something wholly his own here. Superficially it's one of these dual analog, robotronian shooters every platform is weighed down with now. Don't be fooled by that trope, and certainly don't think you can come to any conclusions based on screenshots. Where Lumines or Every Extend Extra draws from electronica, a great match for their style of presentation, Everyday Shooter disarms the player with a suite of earnest, analog songs played on guitar. At times, during the course of ordinary play, I felt as though I were interrupting him.

In gameplay terms, each level apparently plays around with the idea of chains and combinations, and I say "apparently" because I've only played two levels in - every time I die, I get sucked in by his menu. It's just a bunch of text, but moving down or right produces a single note, and pressing left or up produces a two note chain. Pressing a face button produces a string of four notes, and with these rude tools one can actually augment the title music quite well. I didn't realize I was doing it at first. When Gabriel came in perhaps fifteen minutes later, I felt as though I had been woken from a dream.

function is the key