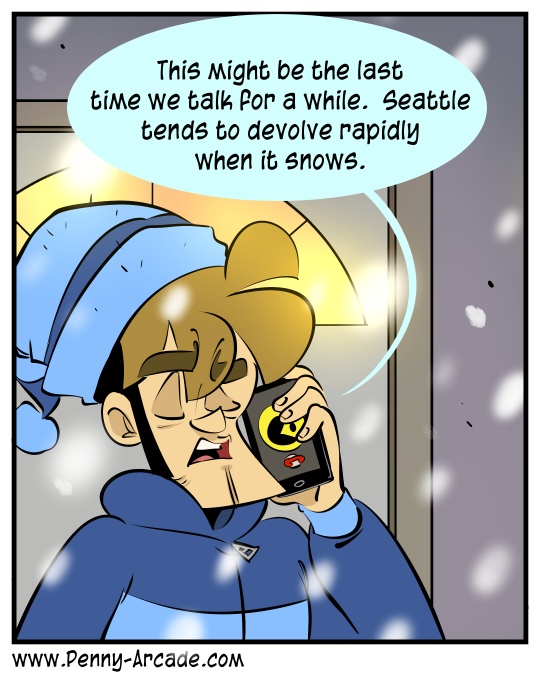 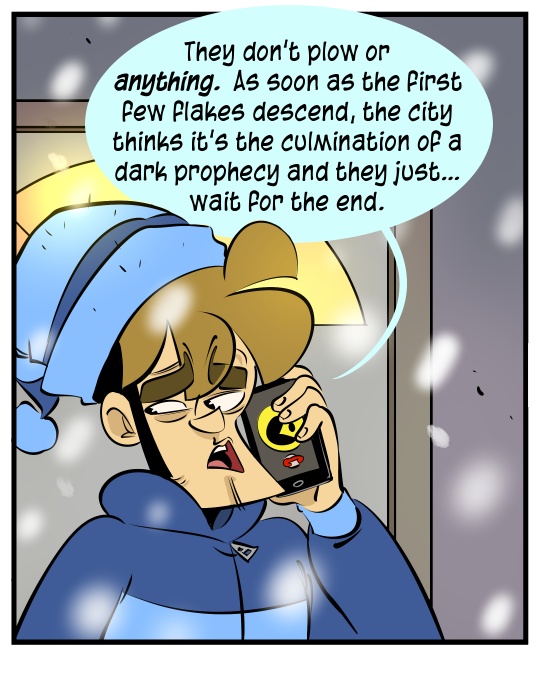 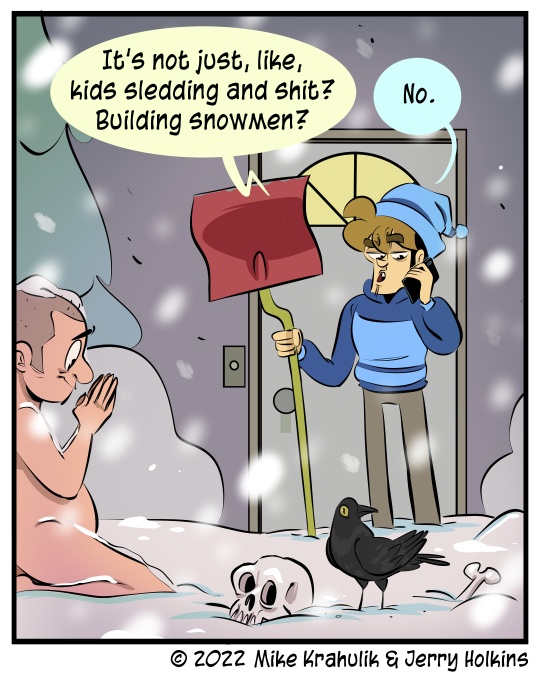 The problem isn't snow, it's the Eloi who live here. They can't handle it when it rains, either. They can turn a half hour commute into a two hour deathmarch. They don't know what to do. Scare when thing fall from sky - big scare. Wet. Cold wet fall, and scare! I'm not some kind of fucking cryomancer, but I know what way to turn the wheel when the driving surface gives my car airs above its station.  Seattle people are timid, bristling creatures, but for some reason they'll also destroy your family's car just to beat you to a stoplight.  They're a whole-ass thing.

The second of our Middle-Earth Strategy Battle Game streams is still just on Twitch, but the first is up on the YorbTorb:

There's a few things I really wanted to get across in our sponsored hashtag ad Middle-Earth Strategy Battle Game streams, and after that second game, I think we got them all in. The main one is that it can be anybody's day. Melee tends to be a meat grinder affair in wargames, but after people fight in this game you separate them - just like you would on the playground. "That's quite enough," the game seems to be saying.

What this means is that when a new round starts, and it's time to move, the composition of these fights changes a lot. It's like the life and death mass battles in a movie, just very slow. Picking off targets of opportunity. Locking down foes. And - because Evil armies can shoot into pitched melees with impunity - crazy options, oblique to any other game, open up. And because every fight between models starts with a duel that determines who gets to attack, even the most wicked, base, and craven orc can get its twisted blade into the most pure and righteous Captain of Gondor.

Little stories are happening all over and the game's "camera" gets to focus on every one.