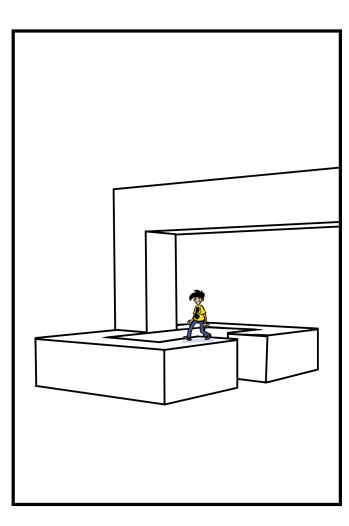 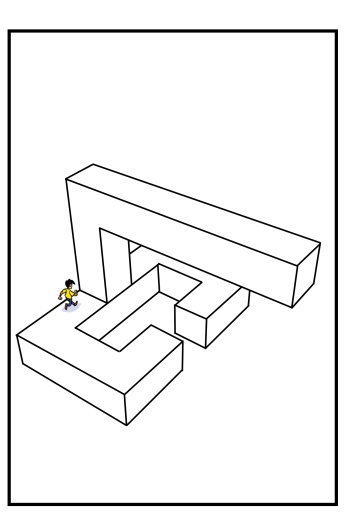 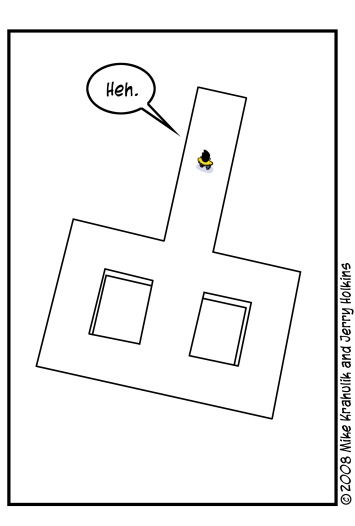 Echochrome is something every PSP owner should certainly check out, and it's easy to do so, at any rate its as easy to get on there as any other demo, which is to say that there are elements of dark sorcery. Creating a folder in a specific subdirectory with the title "NPJG90019" is the sort of thing a crazy person would do. That said, I have it on good authority that we will never survive unless we occasionally indulge in madness.

The PSP has been on my person with regularity lately, slung in the marsupial bulge of the hoodie like a sidearm. Checking out Echochrome is only the latest thing: I had to play Patapon for quite awhile before I figured out why I didn't like it, and then I had to be quite sure I didn't, and then I had to play it some more for some reason I don't entirely understand. Then it was (and is) God of War: Chains of Olympus, which requires no introduction I'm sure - a game which orchestrates the system's capabilities with dexterity and power. I was startled to hear that this is Ready at Dawn's last game for the PSP, as they're the undisputed masters of the hardware. The system has been on a roll for awhile now, even if the common wisdom hasn't really caught up to the fact. If you like traditional or tactical RPGs, it's practically become the destination of choice. It's been delivering on its technical promise fairly dependably, and I can vouch for a lot of the content, but I still wonder if people in general want games of this sophistication in their pocket.

I took some time over the weekend to play through the rest of Army of Two, and was rebuffed on multiple fronts. Gears of War was lauded, and rightfully so, for allowing players to join games in progress. Less was said about the fact that once this "friend" left the game, the host's game would end also. Army of Two's lack of join-in-progress is unfortunate, but given my usage pattern (and the fact that a huge proportion of my list seems to own the game) it doesn't affect me that much.

My save was here at work, admittedly an uncommon scenario, but when I arrived home I found someone to play through the rest of the game with - he'd beaten it already, and was ready to go. Army of Two is forward thinking in that your equipment and cash persist, no matter where you are playing or who you are playing with. Where it is less forward thinking is that you can't join a friend's game unless you have already beaten the level they have selected. In many games, but especially in co-op, people are going to be traveling through the game at their own pace, and players should be enabled in their efforts to play this cooperative game cooperatively however they like. It's as though we need to create a kind of Co-op Bill Of Rights, so delineate in clear terms what we consider bedrock in terms of functionality. In essence, we'd like the games to cooperate with us.

Once we determined that it just wasn't going to work, we decided to just start playing it and see how far we got. I found my second trip through the same scenarios more enjoyable, either because I'd become immune to the protagonists by this point, or because having a sense of the levels ahead of time brought the game into clearer focus. My partner was playing purely for money to customize his character - essentially, he was farming - so I tried to find extra cash and go a little deeper on the content. After we had beaten the second level, I got a "disc unreadable" error in the closing cinema.  Not only did my system kick me back to the dash, I didn't get credit for completing the mission, and since I can't start a level I haven't earned in the single player (see above!) a significant portion of the time was wasted. Alright; once more, into the breach.

I put up the podcast for Friday's strip, in which we argue for a radical new interpretation of the game, focusing on a kind of bombastic, overblown "action" homosexuality we haven't seen yet in the space. We aren't making a joke, we think the game would actually work better this way. The ultimate comic preparation for Army of Two begins with a panel of a man pulling on a terrifying mask. In the second, a shot at chest height depicts a glamorous, bejeweled shotgun. In the third and final panel, a man tries in desperation to jam a massive foot - a beefy thing, like a slab of prime rib - into a pair of stunning red pumps.