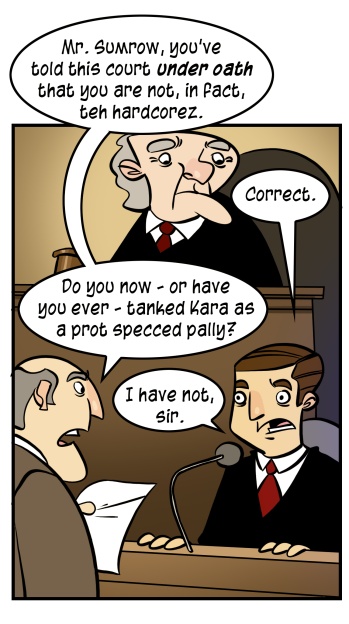 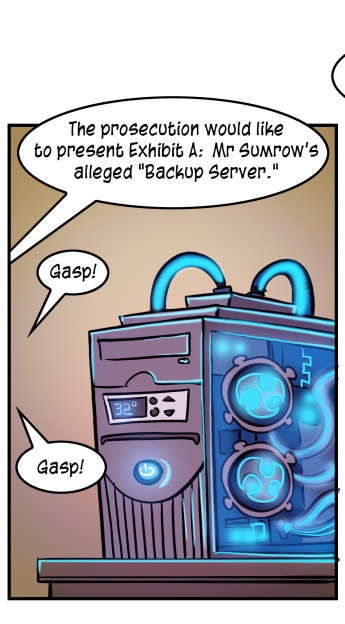 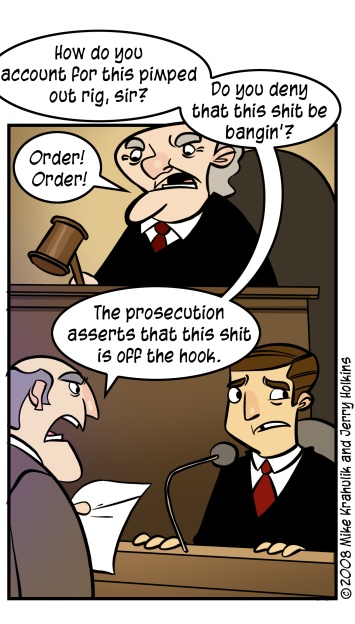 It's a little inside baseball I guess, but at the same time the story was so delicious that we couldn't leave it be: a District Attorney in Texas is on trial for building himself a sweet rig on the county dime. The machine in question sports "two hard drives, seven fans, high-end video and audio cards, a wireless Internet connection and cables that glow under ultraviolet light."  It's a crime, yeah, but it's an awesome crime.  I make an exception for awesome crimes.

"I would not configure a backup computer in that way," says Mr. Gregg, FBI senior forensic examiner and reigning Understatement King.

BioWare just delivered the first downloadable content for Mass Effect, an encounter with the hated Batarians that clocks in at five bucks and delivers an interactive, movie-length experience. It's the first of a handful of such updates, I'm sure, but I doubt I'll be buying any of them - and I liked Mass Effect.

The trouble with this content is that it can't really be enjoyed by people who have beaten the game. I could go back, certainly, to some previous save, but unless I wanted to move on from there and beat the game again I'd lose anything I had earned in it. It seemed to me when I was playing it that each of the major worlds one went to - and they could often be visited out of order - felt exactly like an episode of Star Trek, Feros especially. I firmly believe that Episodic would have been an incredible opportunity for this content, and I can't imagine why "final saves" aren't eligible for it. Well, I can imagine it - this is most likely content excised from the original retail product, either for sale as downloadable content or because it wasn't complete. In either case, its reintroduction would introduce discontinuities. It seems like a tremendous missed opportunity, though: available from the main menu, these chewy hunks of content could flesh out the universe, laying the groundwork for the sequel. Making the year between games an episodic "season" is a perfect match for their science fiction homage.

I've seen this item on virtually every blog I read, but it's almost never contextualized appropriately: when people pre-order Haze from EB Games in Canada, and then trade it back within a week, they'll be refunded the entire purchase price of the game - in store credit. It seems nonsensical at first, but that transformation of your money into the tokenized, internal currency is the key. They're virtually guaranteed to sell that traded in copy - only a week old - at their typical grasping rate. Even if the game isn't traded in, they still secured a preorder, one of each store's rated metrics. That game will now travel through the company's intestinal tract, sold and resold, until the disc is too scored to play - at this point, they will offer to sell you a Game Doctor scratch repair kit. Their deepest fear - what literally keeps them up at night - is that you won't trade your games in. They appear to have cracked the code.

Who knows what Ubisoft or Free Radical thinks of it, if anything. It's a mixed blessing, but it's still a blessing: this is the first time in recent memory the company has put its substantial weight behind the sale of new product.