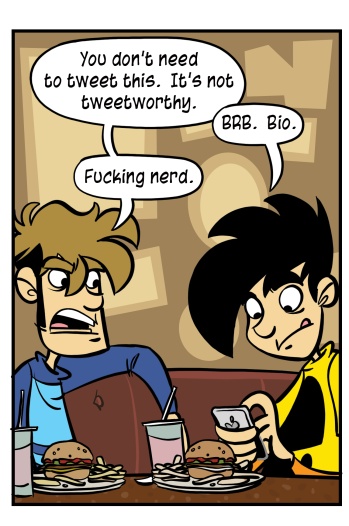 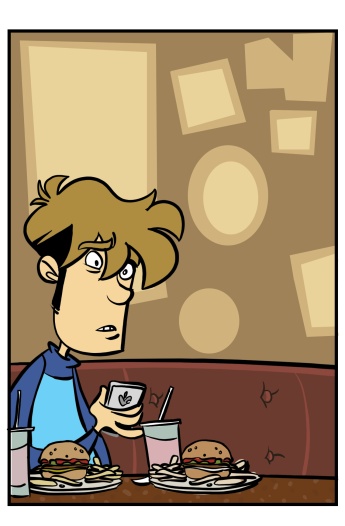 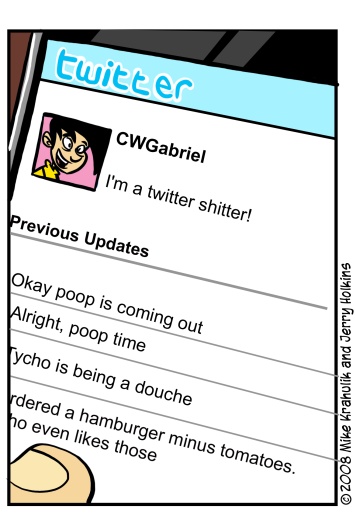 Readers asked that Gabriel construct a Twitter to let them know when he was starting up a new broadcast, and in the course of this he was exposed to the sort of thing that Twitter is often used for: identifying which condiment you have recently applied. We considered a universe where my cohort was addicted to Twitter's method of consciousness collection, and were horrified by the result.

I can't keep up with things like Twitter or Facebook for some reason. I know that I would hate Gardening, and so I don't begin one, and I think there's a similar force at work here. It could constitute the creation, by me, of a system - a dependent system. I know for a fact that I will only devote myself to it long enough to disappoint people when I quit. That's why I never announced it when I started using Twitter, and I'm glad, because I've stopped already. I just installed Twitterific, a perfect expression of the service, and the gardening analogy holds. It's all the precision instruments that line the home and garden aisle compressed into a single coordinate: beautiful tools to manage someone else's life.

It's not that I don't get it. I do. I didn't understand the allure until I truly grasped what Twitter's deep intimacy with SMS allowed - a universally available thought machine, my own Ixian dictatel. And this with a built in editor, a hundred and forty character cage to excise my worst propensities. I tried to include them there, in that very sentence: unnecessary poetry and an addiction to verbiage. A need to analyze my own writing, in writing, while I am writing it, makes up the third sin.

I may also have a problem with italics.

The last "tweet" I ever did really explains it all, for me. I was up in Vancouver, and I put up a message saying so, and what kinds of activities I was engaged in. After I did it, I heard a voice - my own voice - saying, "Who the fuck do you think you are? Who are you that you can force your Goddamned minutia on other people, your stupid bullshit, your stone-ground artisanal condiments? How dare you. You should be ashamed." And I was.