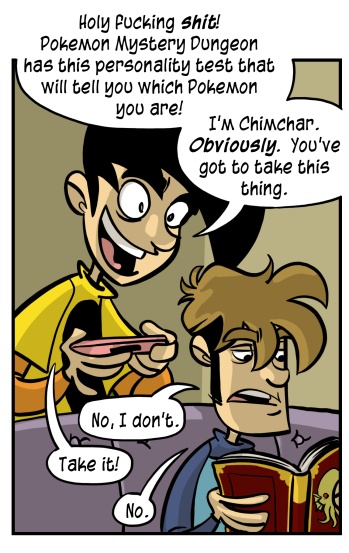 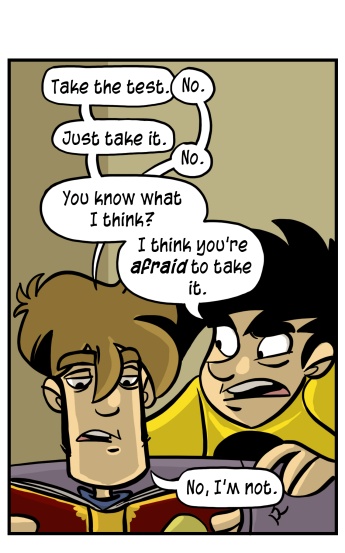 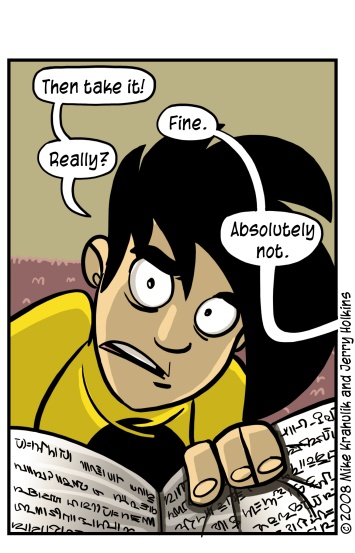 Review copies of Pokémon Mystery Dungeon arrived in the mail last Friday, but you needn't fear: it won't enslave the entire site as other franchise excursions have in the past. The games themselves (delivered in pairs, as is their mercenary way) conform to a roguelike + munchkins paradigm that we should be able to steel ourselves against. I suppose it should be noted that "steel" is one of the seventeen elemental types of Pokémon.

What the game does have is an analytical battery designed to determine what kind of Pokémon you are. After navigating its winding and treacherous gullet, the small device was able to parse his "aura" and determine that Gabriel was, in fact, Chimchar, which is a kind of hot monkey. It was at this point that he leapt from his chair, arms raised and rigid in victory. "Yes!" he cried, though it was forced through a prison of teeth, emerging more like "Yeaszh!" Now convinced more than ever of the software's powerful, possibly even psychic detection algorithms, he attempted to force the contraption on me.

I refused, for various reasons. For one, divination of any kind is strictly forbidden in the book of Deuteronomy. Second, he'd only use the information to imply that I was some kind of Ice/Grass Pokémon, which would receive four times the damage from his fire based "assaults" or some shit. He'd find ways to model these disparities in the real world, and ultimately I would be made to suffer. So, no. He can cinch this thing around somebody else's trachea.

Because I am me, I was overjoyed to hear that this week's XBLA game is a digital version of Lost Cities. There are many ways to think of it, but Adversarial Solitaire is a solid phrasing that doesn't lose too much of the subtlety. Unlike Catan or Carcassone (two other must buys, in my opinion) it's a two player game by definition, so there's no way to flex the larger, more riotous groups. The official page for the game says three can play on one part of the page, though, but then it says two in another, so there's either a typo here or the game takes advantage of heretical, alternate rulesets. Games ought to be quick, maybe ten, fifteen minutes tops. Grab the free version, at the very least. I have faith that - before long - you'll begin to sense its mysterious contours.