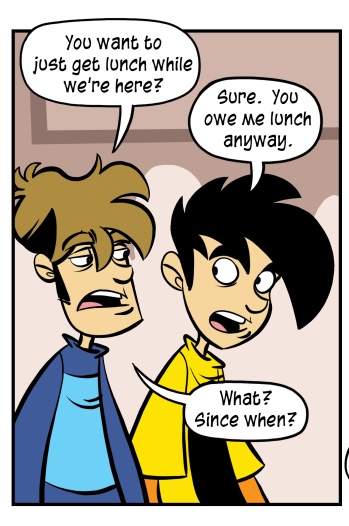 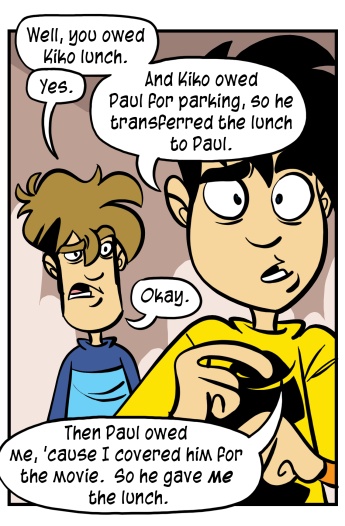 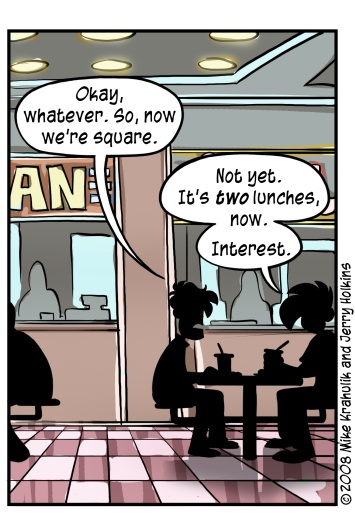 I discovered yesterday that lunch is not a meal, as I had originally understood, but is in fact a form of currency.

If you thought the drumbeat leading up to the release of Grand Theft Auto was deafening, post-release the Goddamned thing is completely ineluctable. We each bought copies, I think because we weren't sure the other would, and we've been suitably impressed. I'm honestly not certain how you're supposed to review it: I guess you just decide what portion of the experience you're going to address. Multimedia as a term used to describe technology is already an artifact, but the new GTA needs a gangly word like that to describe its approach: they haven't just simulated the physical city, they've simulated its culture with more sophistication than they've ever brought to bear.

With a game this gigantic, who knows when you've actually seen enough to speak intelligently about it. If our interaction with the franchise's endless buffet operates as usual, I may never arrive at that point.

I'm not sure I would stand out much: the existing dialogue is completely incoherent. I have heard about gamestopping crash bugs on either all platforms, the 360, the Playstation 3, or only the sixty-gig PS3. I'm given to understand that the 360 version looks both worse and better than the Playstation 3. Multiplayer on the Playstation 3 is either hopelessly sundered or luminous visitation. Apparently the Playstation 3 version isn't running at full res, but is "smoother"? I think I need to withdraw from these threads until more of the participants have killed each other. Since Genesis and SNES owners clashed at the Lincoln Monument, this is the worst it has ever been.

After only one day of this catshit, the urge to run from the game was exceedingly strong. I'm not sure this is entirely possible to do at the moment, but I was reminded of a possible escape vector by Jeremy's 1up review. An inscrutable, theoretical particle known as a Bozon checked in a video review of the game, its narrator discernibly breathless with reverence. They are not in any way wrong, and playing The Worlds Ends With You is much, much better than simply covering my ears and screaming, which was the whole of my original plan.

let me tell you what