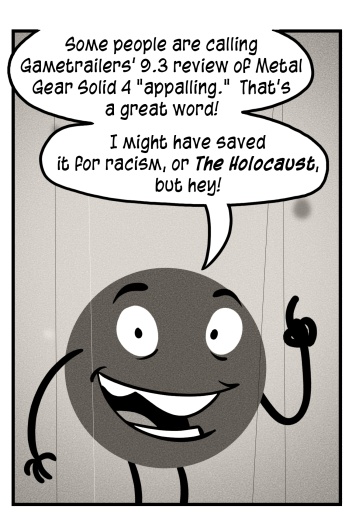 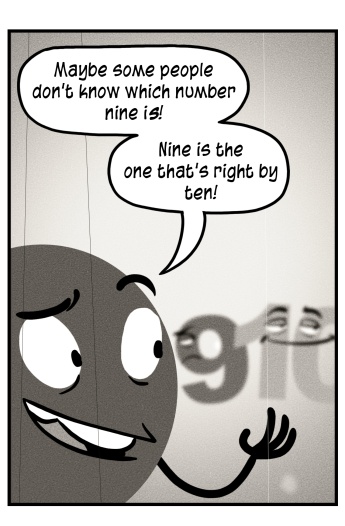 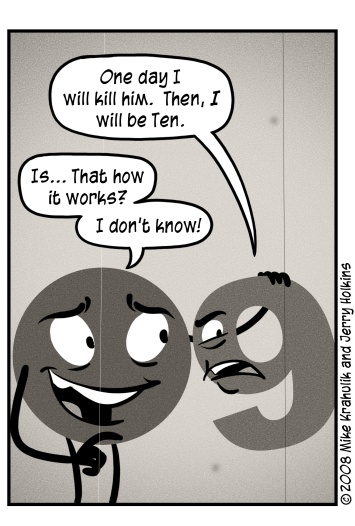 If we are focusing the aperture exclusively on the gameplay, I can tell you in only a few words what I don't like about MGS. If I fail at sneaking, the game ceases to be Metal Gear. In the space of a second, it becomes an incredibly clumsy action game. The boss battles are comprised almost entirely of this other system, a mechanism that has now been exposed for what it is: a punishment.

Only six or so hours in to the new version, there are improvements to the recipe. They've done what they can inside their framework to make the combats that do occur feel more like part of a whole game, as opposed to some shit-greased chute into a dungeon for bad players. They've made the most basic concessions to modernity and ergonomics. I don't know if I'm supposed to laud that, or what.  The rest of it is incontrovertibly "Metal Gear."  You're hanging out with a monkey, and then a guy poops for ten minutes.  Then someone tells you to challenge fate, but also accept your destiny, which I'm pretty sure is a contradiction.  It's just horrible.

I hated the game less.  Is that sufficient?

Harmonix took Konami's Guitar Freaks as a base, and was able to transform it into multiple franchises worth more than a billion dollars annually. Somewhere in Splinter Cell and Assassin's Creed, Ubisoft attempted to machine a version of the venerable Metal Gear with a Western sensibility. Part of this was to give the player a truly lethal protagonist, the sort of person for whom one or two armed opponents represented no threat. The other was to substantially minimize downtime, making it easy for the character - someone who ostensibly sneaks professionally - to clear the slate quickly, and return to the business of skulking. Splinter Cell has no "bosses" to speak of, and the "bosses" in Assassin's Creed fall to the knife like any other man. Whatever other sins these games have, and neither has the soaring ambition of a Metal Gear, these are games about going undetected.

Gametrailers offered up its review of the game, a 9.3. This is an incredible score. But it's not a ten, and both Halo and GTA received better marks for some portions of their sub-scores, and for two days now the thread has burned. We have a standing agreement with one Mr. Period to unravel issues of this nature, and he was too happy to oblige. Indeed, he is usually too happy. Unless for some reason he isn't.

Here's a tender slice from the comments:

ThePure said: "Overall I look down upon society and witness some hope spawning with games like MGS. Solid Snake is by far one of the best heroes in our generation, though it takes wise people to see this.In response to all the mice that crept out from the shadows of their overheating 360's to give a good ole' HAHA or LOL to the situation that an honest reviewer has given, I turn my cheek to you. Those who believe that one console will give you a satisfying experience are dull and boring, for everyone knows that you truly need every console to experience gaming.Oh and don't get me wrong, I have friends that believe that Halo and Gears of War are the best games/franchises ever, Yep one of them is unemployed and has knocked up his girlfriend like an idiot and is working a dead end job. The other lives with his parents and plays halo with kids that are 5 years younger than him for a career. I get it guys its kool to flame on forums, cause in essence, you have nothing else to live for, so by all means, find something to look up to, like marcus pheonix, or John 117, though remember in the end, that these characters are flawed, and have never been explored by their design teams, as they give us stories that amount to comic books i used to draw when i was in the 1st grade.With all of that out of the way, Its time for me to go experience Metal Gear 4, and keep all the lost children and men that find it necessary to wrap their heads around shoot em ups and guitar faking power trips in my prayers.Games are now art. Embrace it Or GET THE F OUT! P.S Snake forgives you guys too for having mothers that resemble his aged appearence."

Finally, an attempt at real discourse that operates from a core of cold reason and doesn't rely upon ad hominem. He does resort to ad mominem, but who can resist.

This is why I love the idea that what's actually needed is two scores. Two! Yes, when one has worked so well.  Even if you could measure games with numbers, a point I do not concede, there's no universal Goddamned basis for comparison - there is no "unit" of measurement. We measure things so we can compare them to other things.  The trouble is that everyone is performing a kind of mental arithmetic, cramming their own internal symbologies into this or that frame and stripping out wisdom in the process. Editorial voice is a fallacy. They're all conversions of interpretations of moments. And we lose crucial data at every step.

In the space of our play experience, we've already seen two separate installs. The game is still broken up into discrete areas, which I found odd, the assumption being that if we were taking time out to install shit it was because we were doing it to sustain a single world. You would have a hard time convincing me that multiple installs over the course of playing a videogame are worse than disc swapping. This has become some kind of theological question on forums, a kind of philosophical pinata, except no matter how many times you strike it no reward is forthcoming. Blu-Ray is only a convenience if it is actually convenient, if it doesn't require concessions either at the beginning of an experience or at several points throughout.  It's amazing to me that this is considered progress.

too tempting to pass by