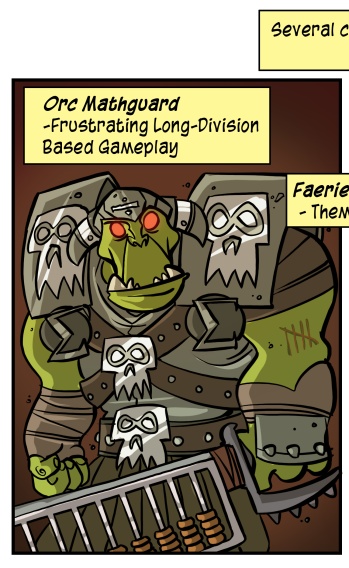 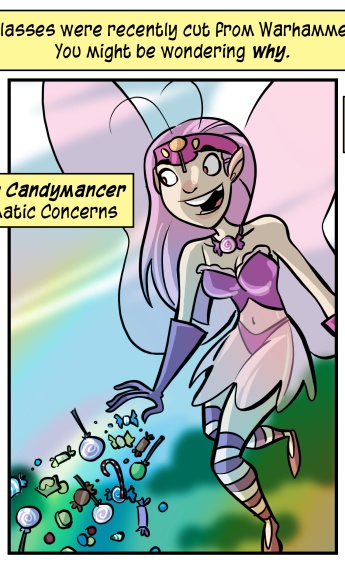 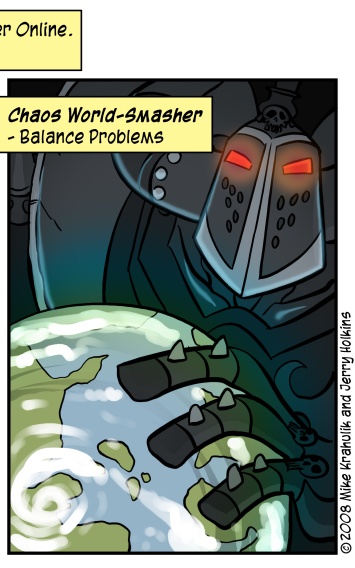 Warhammer Online saw a few deep cuts in content, designed to ensure a launch that would

a) be something they could be proud of, and
b) occur in the Year of our Lord two-thousand and eight.

Cutting four classes and four capital cities seems pretty grisly, but without playing the game in its current state I don't know what that actually represents. For cities, I guess i'd have to see it. I do know that there's still twenty other classes, so... that seems like a lot. Maybe people could play one of those? I don't know. In some cases, the classes they pulled just didn't work.

After being badgered for a full week by a person on my friend's list who refers to himself as "The Green Onion," I grabbed a copy of Battlefield: Bad Company against my better judgement. I'd played the ready available demo, to be certain, but I've played this Goddamned series since the beta for the first one and I feel like I've got a pretty robust understanding vis a vis the arc of play. I've also played the thin dilutions of the franchise they've been spraying on the console owner for years, and I had little enthusiasm for another go 'round.

In terms of "feel," it doesn't feel like console or PC Battlefield, it just feels like "Battlefield." Indeed, it feels like a logical projection forward, the "sequel," which is why I don't understand what it's doing on consoles. Playercounts are scaled back from the larger outings, capped at 24, but even on the Xbox you're shunted over to EA's internal dedicated servers so it plays right. Again, as I've said, the number of players in a given game is not some base value you can use to extrapolate how fun it is. The number of players needs to fit the context and the mechanics. Haze, though I think it was more successful in multiplayer than most gave it credit for, put its players in huge, lonely maps sometimes far away from the fight. In Bad Company's base mode of play, Gold Rush, which is its only mode, the spawns and bases are constantly shifting so that you always feel like you're in the good part of the movie. I'll finish the single player campaign eventually, it's well written and enjoyable enough, but it always comes down to whether I want to "hear another joke" or "earn experience and unlock devastating equipment." I'm pretty sure I'm not the only one making this choice. I always thought this was going to be co-op, and maybe it was as some point, but the squad-based multi here is a hell of a substitute.

That's not to say there aren't some weird, sort of schizoid elements in their approach, but I'd say these are confined to some of its multiplayer notions. To get the most out of the game, you should be playing as a squad with friends. That goes without saying, but these squads need to be formed before you join a map - there's no mechanism for adding a friend to a squad during play, and if you join a friend who is currently playing, you aren't put into their squad. Since you can only talk to people who are in your squad, they've basically invented a way to join your friends without actually joining them! They try to shore up this communication deficit by "calling out" on your map enemies and vehicles that friendly units have fired at, which goes a long way. Not a dealbreaker, and the destructible environments are as cool and as useful in practice as you'd expect. All in all, as long as you know the idiosyncrasies up front, this is a solid, almost obvious purchase.

smiling bastards lying to you everywhere you go