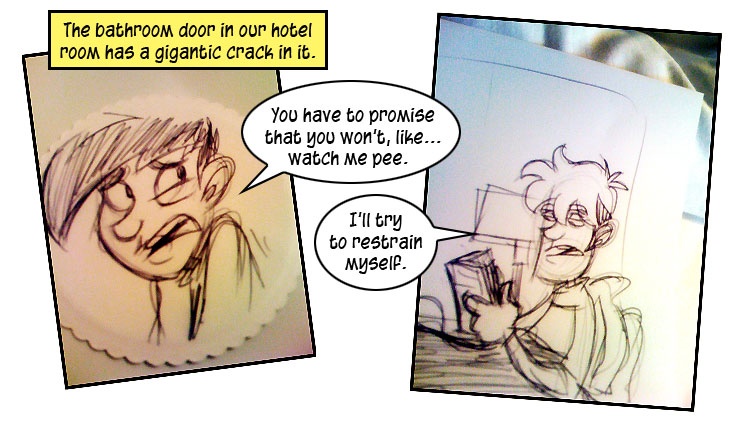 Gabriel would like to apologize for the quality of the photos in the sketch, as necessity required they be taken with his iPhone.  He would like to add, however, that the grainy nature of the photo does serve to reinforce the "found art" aesthetic inherent in the thesis.

When he emerged from the place described in the strip, I said "Hell yeah, bro (fist bump).  That's a good size."  He seemed to shrivel, and grow clammy, which was in line with my intent.  It served to reinforce just how exposed one feels there, like a lone chocolate on white china, to the extent that one begins to worry about condors.

A great many publishers have simply boxed up their E3 booths and shipped them here, shiiped them from that ghastly show that shambles in the clutch of a terrifying unlife.  I think I had come to believe that "direct feed" videos were an acceptable way to experience running products, a notion which many games here reveal to be a kind of farce.  Mercenaries 2, Prince of Persia, Street Fighter IV, Castle Crashers, and particularly Mirror's Edge all look considerably better than you might believe.  Mirror's Edge seems like a very clean environment, and the available videos certainly sell the idea, but when you see it running at a true resolution and at the appropriate framerate you see that it's clean on the surface only.  It's filthy,  actually - grimy.  What you begin to see is that it's not clean.  But someone has taken great pains to make it look that way.

I've been thinking a lot about Microsoft's Dashboard replacement thing, trying to figure out how effective the plan is for the "casual" gamers they're attempting to lure.

Because I knew most of their press conference already, what I was expecting to see as a surprise was either "free Live" (which isn't out of the question, if they think it's the right move) or at the very least a Silver service that was substantially more robust.  The problem they faced with the old Dash was that differentiating functionality between tiers was difficult.  For Silver users, the box just feels incomplete, with winding Venetian paths that wind and wind and then end in rank water.

This is why I was startled to see that things like their "Primetime" game shows and especially their Netflix service both require Gold subscriptions.  These are genuinely smart, thoroughly extensible features with authentic mainstream appeal.  For many people, many many people, not just hardc0r gamezorz, accepting a monthly fee in exchange for a service that's difficult to quantify is not appealing.  If they are genuinely interested in the people they claim to be, they need to accept the idea that not every owner wants to commit themselves to a rate structure in order to fully own their own property. 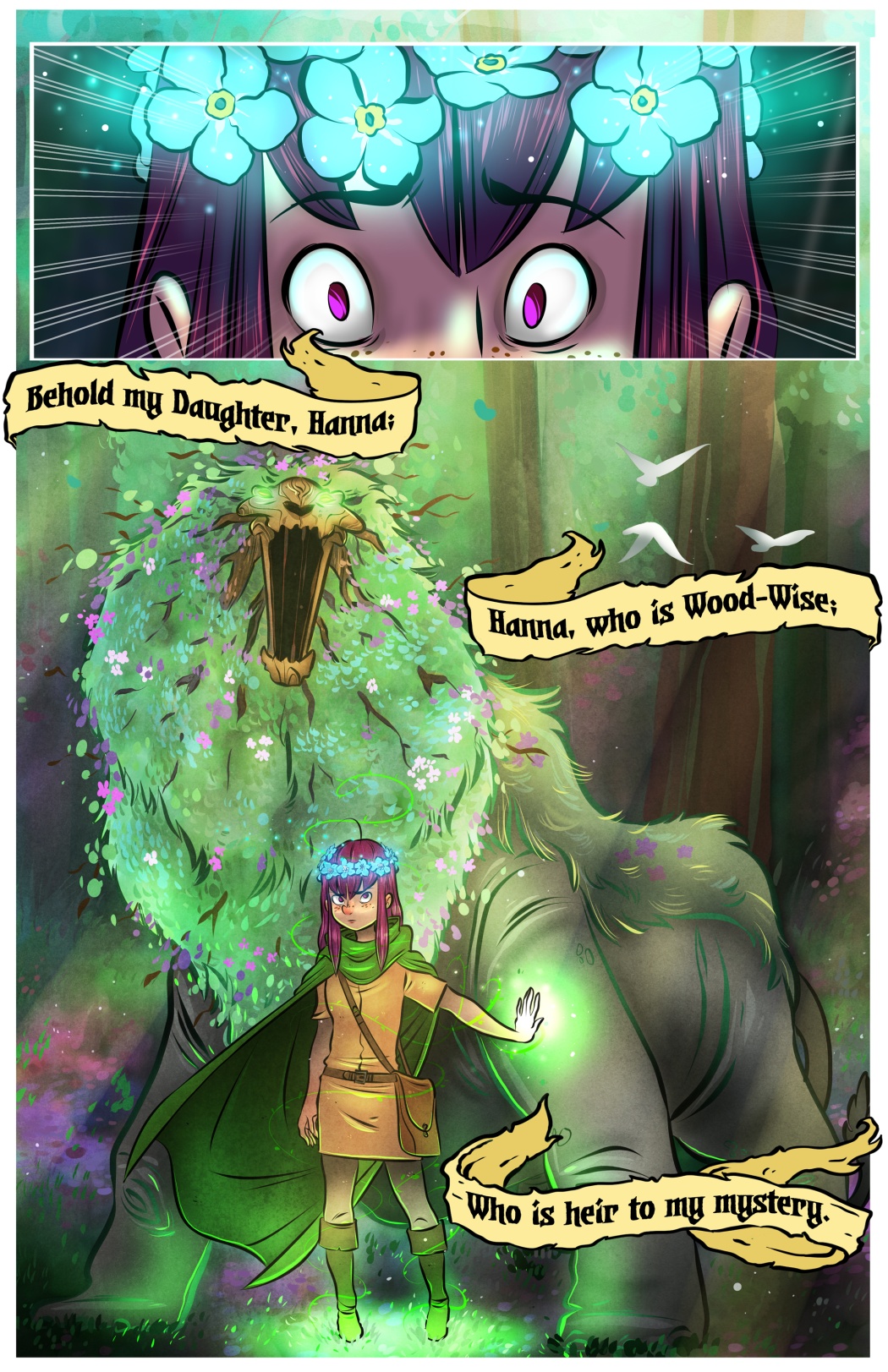