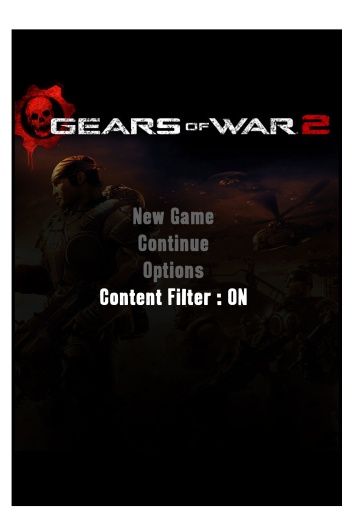 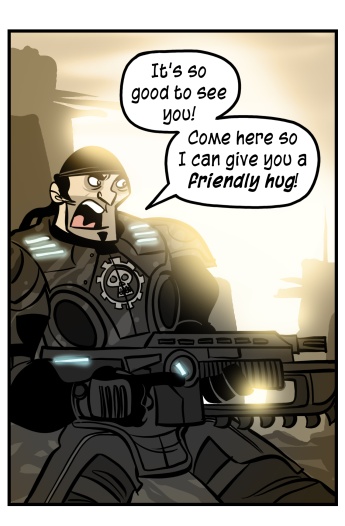 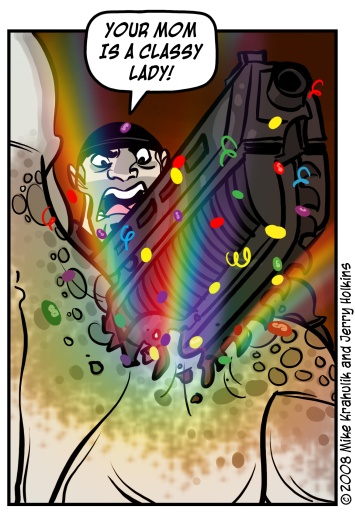 The original Gears already had a violence filter, which retained the profanity but turned chainsawing a person into a kind of theraputic act, like shiatsu. The sequel takes this further, with what sounds like an alternate audio track - like a radio-gelded version of some raucous club banger. That's the first time I've ever heard of unique vocal content without a technical or geographical imperative, which is really interesting. To, um... me.

With gore and language removed, the game would be rated T - right? It's like these PG-13 summer action blockbusters, now - more "Live Free" than "Die Hard" - not the action/horror hybrid you'd see referenced in the design document. I wonder if there's going to come a time where there's a benefit to delivering products with different ratings.

Let's talk about Braid again, but only briefly, because no-one has talked about anything else all weekend.

Those of you who want a PSN port of the game may be interested to know that Sony turned the game down, initially. Of course, this would have been years ago, and it looked nothing like it does now. Jonathan Blow seems to materialize somewhere in every thread devoted to his game, it's uncanny, and now that I have invoked him there there is the real chance he will suddenly whirl into existence like some caped wizard. It's a chance I'm willing to take. In any case, what you will discern from his quotes in the comments here and elsewhere is that making games is difficult and expensive.

I wont tell you to shove anything up your ass this time, I promise: but let's talk (again, briefly) about the price. I'm very curious about people who buy game machines that are four or five hundred dollars (to start) and then recoil at a fifteen dollar game. Developers on XBLA (and other digital channels) don't get real-time data on sales, so they use the number of registered users on the leaderboards to estimate how well things are doing. It's not exact, but (psychologically speaking) checking these numbers is better than rocking back and forth hugging your knees. The game is "performing" incredibly well, a barn burner in digital terms, so somebody is buying this fucking thing.

What gives?  Do people say they wont buy it, and then do? Do people who seethe over the price of a downloadable game actually represent the core audience for electronic entertainment?