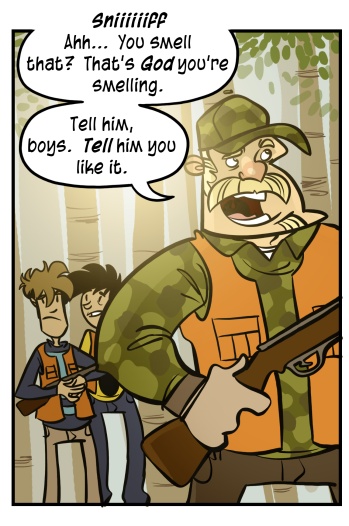 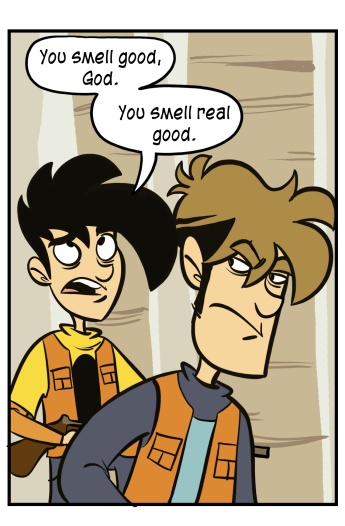 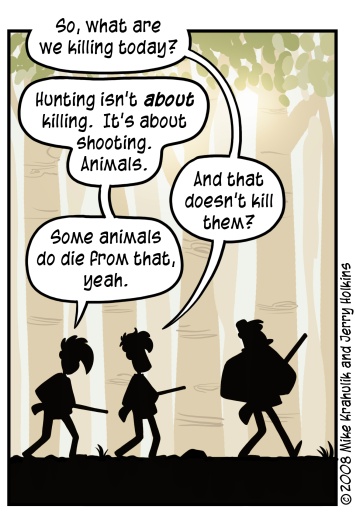 It has always been true that the deeper one goes into the woods, the stranger and more wooly things become.  Know this:  there is one more comic in this series.  And we have reserved some wool.

I've got a new machine, now, which makes every game a pleasure torrent. I installed Company Of Heroes again just so my machine could brutalize it, and the results were cathartic. Last year's holiday didn't have enough delights in it to make me depose the old box, called Czar in its heyday, a machine that grew increasingly wretched and pitiful in its dotage.

It's my hope that I can roll Kiko back in at the very least, and I think Relic is going to help me do it with the second Dawn of War.  If you haven't been following it, or you have guessed that it dwells in the House of the Perennial Sequel, I am begging you to look over this quick summary at Shacknews. Moving forward with their "key learnings" from Company of Heroes, a tactical real-time strategy affair that combines "loot" with a mechanism for squad progression and customization is... well, it's the sort of thing I would buy a new computer for.

As a family game, the creature creator in Spore really can't be beat. The new Red Alert, Left (ahem) 4 Dead, Project Origin, The Witcher: Enhanced Edition, and Stalker: Clear Sky are also factors. I'm certain I'll get roped into Wrath of the Lich King, but it's not the only MMO coming out this year, and any game would bloom on this system. Fallout is coming as well, and though I usually try to weed out sentiments like this, it's not a game I would play anywhere but a computer.

Attendees of this weekend's PAX (originally wrote PAXstravaganza, thought better of it) may find this file useful. It's this year's guide in .pdf format, which will give you an extremely complete preview of the coming event. We were also contacted by a company called Cellmap, who made a version of the map and event schedule that will run on most phones. Except my phone, of course.  My suffering is legend.

smashing through the boundaries