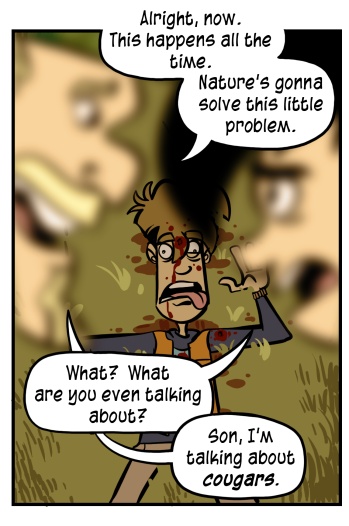 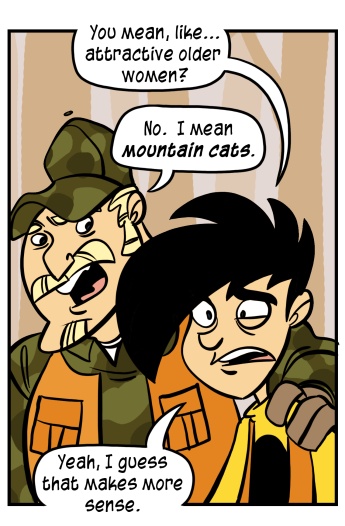 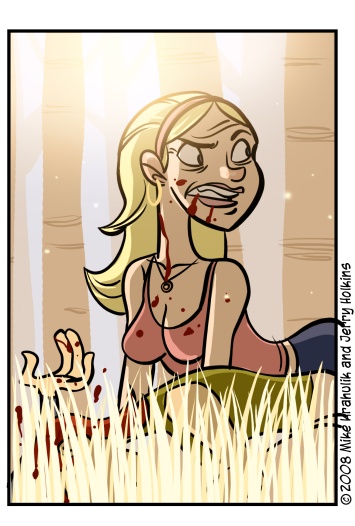 I really want to hire a professional someday to take a look at the comics we've made, and tell me in definitive terms what is wrong with us.

Most mentions of Guitar Praise: Solid Rock have a kind of smarmy, nudge-you-with-the-elbow vibe to make sure that you know that they know Christianity is not cool. It may not be cool, but it is cold, as in cold, hard, motherfucking cash, because when you aren't allowed to listen to "secular" music you can't spend your allowance on anything else. "Captive Audience" doesn't begin to describe it.

That's the business imperative, but there's more than that.  I beg Harmonix every time I see them (I'm sure to do it again this weekend) to "deliver" Christian tracks to the store sooner than later. I'm sure they're getting sick of it, and that ninety percent of communication with the company now consists of "add my favorite band." I imagine they prefer that to "why don't you have a music editor," but still. I'd buy Guitar Hero in a heartbeat if it meant a pulsing conduit of "Xtian" metal. This one's pretty much a home run for everyone. Hipsters can savor the irony. Believers can play an amazing game without the possibility of eternal agony. Eternal agony is a strong disincentive.

Independent of irony or the threat of damnation, Christian music represents an incredibly vast catalogue of gameplay that you probably aren't familiar with. Aesthetically, I think you might find yourself surprised by some of this stuff. It's fair to say that Rez Band's Altar Of Pain, with its poetic edge and frankly vicious vocal delivery, doesn't have much to do with the electrified praise material that one might hear before a sermon. I apologize for the Bleach AMV, but that's the only version of the song I could find. If some Christian music is terrible, well, it takes many of its cues from the greater culture. The standard ratios apply. Of course, most of my reference points are ancient now, because I don't spend a lot of time in the House of the Lord.  I just know that a blanket dismissal of this music is unwise.

Now I can't stop thinking about how amazing this could be. Master's Command from Sacred Warrior! I recall their accounting of the biblical flood being especially horrifying. You can't tell me with a straight face that you wouldn't want to play the solo from Deliverance's Weapons of our Warfare. I'm including Stryper's Soldiers Under Command here at the end, mostly so you can marvel at its awesome video.

Let me take a moment to welcome those of you who have come to PAX, and to express in clear terms our appreciation for the Enforcer corps that builds the show annually. Let's fucking do this thing.