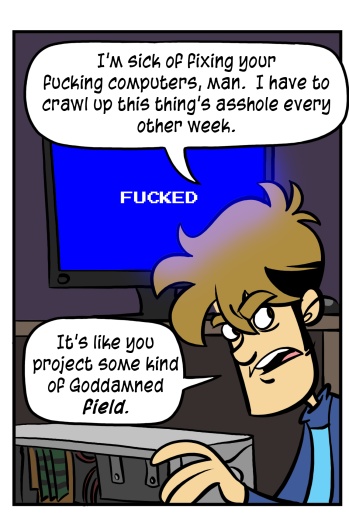 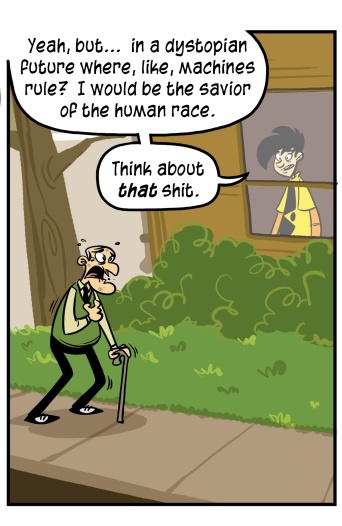 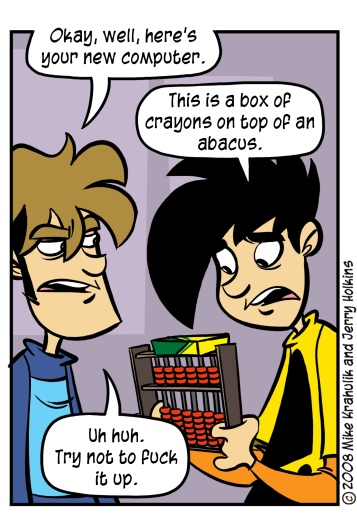 We eventually got the strip up, no thanks to his perpetually unraveling machine. You have to understand that I have been fixing his son-of-a-bitching computers for coming up on twelve years now. Even when I was working IT I never saw the shit he manages to cook up on these things. Don't let him near your router. Magnetic media is a no-go. If you're working on a laptop and you see him loping across the food court, close that fucker and run.

He decided to try a Mac, one of those desktop brutes they've been putting out, but I have zero faith in it. I don't think the problem is under the table.

The expo keeps unpacking itself mentally, so I'm experiencing the show in a kind of delayed real-time. For example: the PAX Cookie Brigade is a guerilla collective of bakers who try to ease long line waits for people with fresh cookies and other homemade goods. Like the awesome button trading minigame, we had absolutely nothing to do with it. Over the course of three days, they raised five thousand dollars for Child's Play. People would win things in contests and own them for only a minute or two before donating them directly to the charity.

It is a tremendous honor to be the stewards of these two things, which have developed over the years from cool ideas we had at lunch into what feels like surging elemental forces. Penny Arcade is an extension of gaming culture as well, certainly, but it's more idiosyncratic and far less universal. PAX and Child's Play will outlive it. Substantially.

Things went well, but we'll never be satisfied until the year that every con-goer fuses into a single, omnipotent digital entity. The convention's biggest hurdle is that it happens to be held within the confines of the physical universe, with its intractable laws and finite space.  I wonder who we can talk to about that.

green is the colour of my god