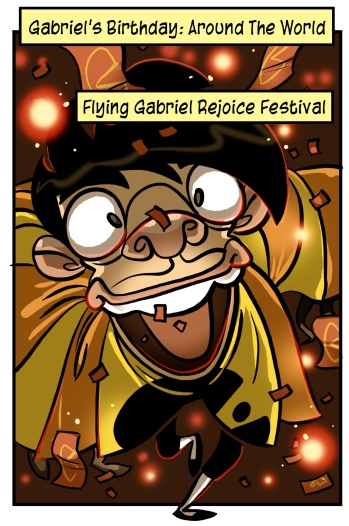 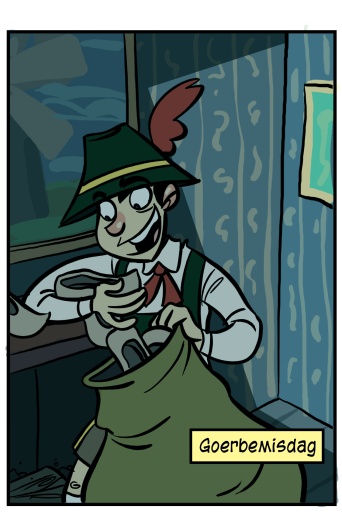 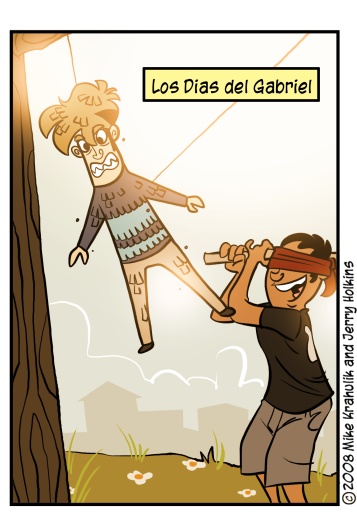 Gabriel's birthday has an epicenter, and its effects flow out, so that the week before and after these interminable coronations represents an grim kind of season, devoted to the cursed day of his birth. We suggested during last year's comic and post that we would reveal how this holiday is celebrated in other countries, and in a rare kept promise, we have done so.

We've known about this "Bejeweled in WoW" thing for awhile, long enough to have considered it for the strip we would draw at PAX, but after simmering the concept for nearly an hour we gave up. We determined that there was no satirical entry point for a comic about one of the world's most addictive games being embedded inside one of the world's most most addictive games. It's Chicken Cordon Meth, and there is no escaping the folds of its eternal midnight. We stood outside its high walls awhile, he with the pitchfork and I with the torch, until eventually the torch went out.

We'll be leaving for a week, starting tomorrow at noon, and while we're gone three strips regarding DRM will run. These strips are lighthearted, and not intended to lay bare any kind of tangled truths. The fact of the matter is that - once we started writing the series - all I could think about was how much fun I'd had pirating games as a young man. I'm not saying it is an awesome thing to have done, but like a fractal (whose essential nature is retained at any magnification) the parameters of the issue are no different - only the file sizes have changed.

You can know things without knowing them - the italics denote an intuitive understanding over a rational one, a grokful awareness. Until I started using my Commodore 64 to pirate games - I must have been eleven or so - I didn't really understand that I lived on a round planet, with different sorts of people poking out of every side. Loading a hex editor to change every keyword (obliterating the need for a code wheel) transformed hunched human larvae Jerry Parkinson into gleaming Sawblaide - a kind of Gibsonian data merchant. For some reason, I found that extra I absolutely necessary.

Connecting to that global subculture - where triumphant demos announced each zero day acquisition - telegraphed the disparate digital coordinates that would one day be united in a single network.

Running simultaneous with this week of comics are three essays from mysterious others, who you may or not be familiar with. Please make them feel welcome.

as they feasted on the field