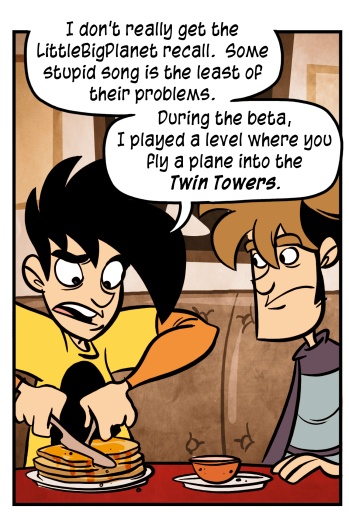 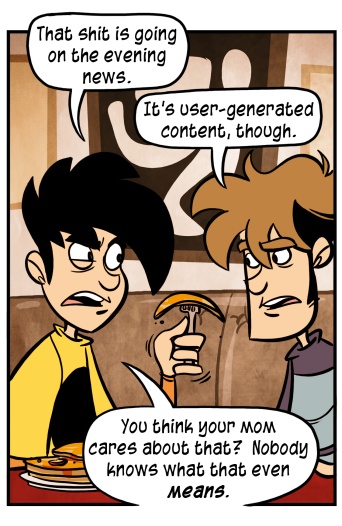 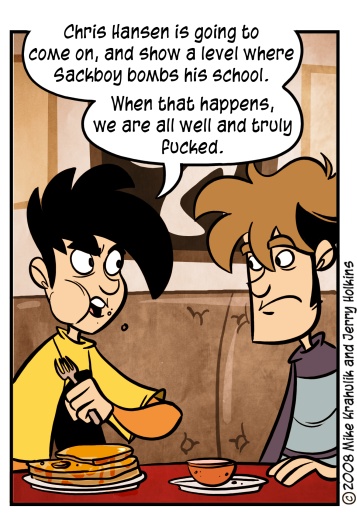 Let me be clear about something up front: I don't actually care when the game comes out. In this dark season, respite is in frightfully short supply. I'm glad of it. The reasoning behind the delay is, frankly, beyond my ability to comprehend it, and there's no politic way to describe it. Maybe I could discuss every other thing in the Goddamned universe, and you could arrive at my point by inference.

The delay - and the sentiment that animated it - are irrelevant.  No matter what this song contained, rated by some universal standard for blasphemy, the things you could do with the included toolset would make any scholar of Islam beg for the days when the holy scriptures were merely set to a jaunty beat. My guess - and this is only a guess - is that a pop song is preferable to having your unerring spiritual manual launched into space.  Or maybe it's one of these things where all sins are equal?  That strikes me as profoundly unimaginative.  I should show them some of my bookmarks.

I'm not convinced that the tools LBP has in place are sufficient to manage things like this - is there even a keyword for "Blasphemous?"  So, Media Molecule has now agreed to babysit the Internet. Have fun with that.

No-one was watching when modding became something like a gamer's right. Now, the mainstream perches in every high corner, shifting its weight like Poe's raven, positively starved for evidence that this incredible medium bears within it the dissolution of a generation.

This is why Microsoft doesn't want to get within ten miles of this shit - user contributions are circumscribed. I don't agree with that, siding instead with the incredible creative power of the human spirit, but it's not hard to understand their position. Fallout 3 - unlike Morrowind and Oblivion - isn't shipping with mod tools, officially because they weren't in the schedule. But when the ESRB re-rated Oblivion - a currently shipping game - based on a user mod, you have to wonder why they would put themselves in that position.

the last good thing i ever saw