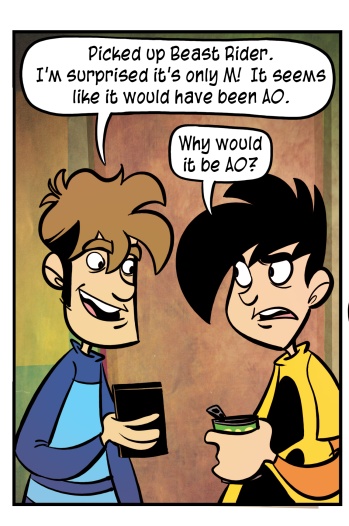 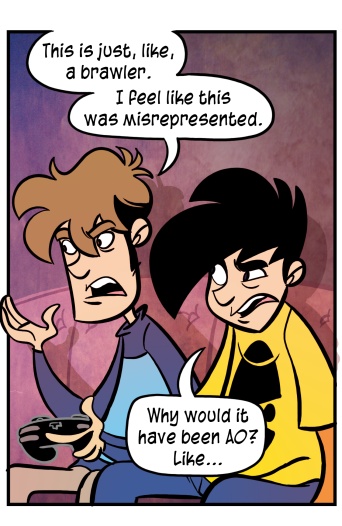 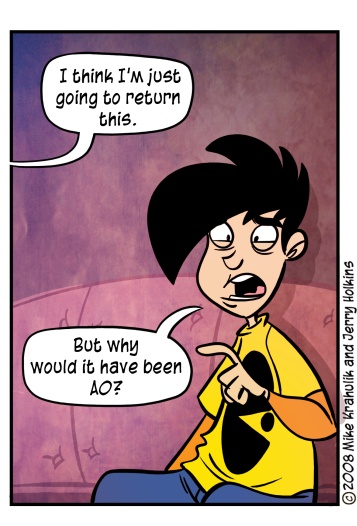 Golden Axe: Beast Rider isn't a good investment, on any axis of assessment.  Also, the title is ambiguous.

These are the things I spent all weekend thinking about:

- As you reach the culmination of Dead Space, it begins to take on a shape much more akin to quote survival horror than previous. The store that seed so friendly and inviting in a long-gone idyllic Golden Age becomes black altar of greed and usury, a grasping, mercenary savior with a coin slot. The game only improves as you progress, and Dead Space - as good as it is - is only the most rudimentary kind of story they could tell with what they have here. But the ground is cracked, the seeds are in the furrow, and I can't wait to come back and see what grows.

- As is (by now) well established, the primary conceit of the combat in Dead Space is that it has many weapons that don't fire direct damage so much as they fire shapes or planes of damage, which turns every gruesome howling corpse into a kind of shooting gallery. You're trying to make your shaped damage intersect with the weakest parts, either to conserve damage or for some other corollary effect. Shaped damage is sort of an obsession of mine. As a young man, I spent some time with Renegade Legion: Interceptor and Centurion, in both the digital and tabletop contexts. These were wargames where you dealt damage as shapes, against grids that represented a target's armor. If you want to see how something like that would work, check out page 5 of the Centurion manual.

- I started writing this post with bullet points because, in my mind, I was going to talk about something other than Dead Space. But here we are, three points in, and Space is still incredibly Deadly.

I chose to play the game on Normal, because for a very long time Normal meant Normal - as in, if you are playing a videogame, you are a gamer, and Normal for you constitutes bitch-ass hard to the greater population. Given my full playthrough, Normal is sometimes Nasty, but never Brutal. Hard would most likely be about the level I would expect, which would have shorn up some of my expectations vis a vis "an atmosphere of omnipresent danger." I did unlock a new mode by completing the game, that's true, but I'm choosing to take "Impossible Mode" at its word.

i have but one desire