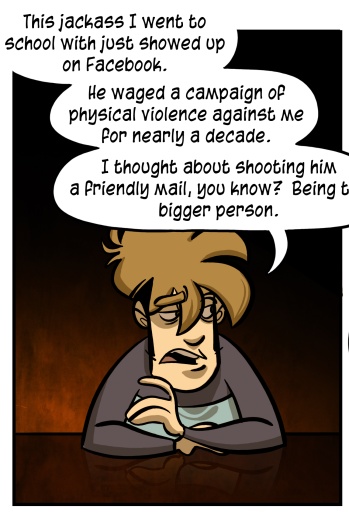 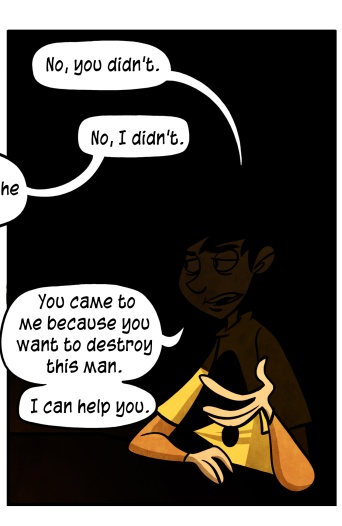 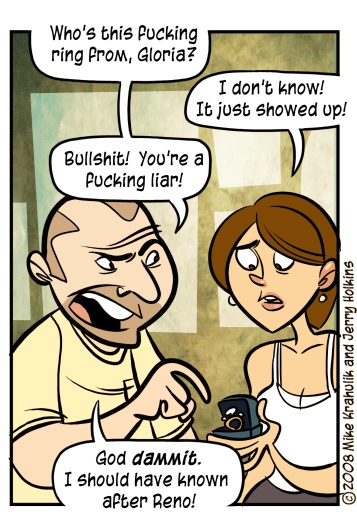 When we were trawling for villains on Facebook earlier in the week, the urge to exhume ancient foes struck me as universal for some reason. Seemed like a body could make a comic outta that.

- One often sees pyrotechnic displays in threads lamenting this or that title's lack of "trophy support" on the Playstation 3. Why haven't they implemented it, are they lazy, are they "Xbots," etc. I've seen it so much that I feel like I need to pound a stake through its stupid heart.

The reason is not complex, but it's going to require you to blame the right people, which may be uncomfortable for you. The reason developers do not implement trophy support is because Sony has not required them to do so. Achievements are a requirement for certification on an Xbox game - if they are not implemented, you can't ship.   We were lucky that when we started to convert the engine for use on the Playstation 3, they had recently made the tools available - and we made support for the feature a priority. But our game wasn't in development for two, three, or even four years, and we're the publisher. We can make choices for reasons of "coolness." Sony could require it immediately, but it would mean titles shipping this holiday would arrive later than those on competing platforms, which would be apocalyptic. It's probably too much to ask that people vilify the correct party, but I'm just tired of reading this adolescent bullshit.

- I received many messages from human beings who, having braved a local 7 Eleven, returned home with their ill-gotten copes of Gears of War 2. You can buy it anywhere now, which does strip away some of the magic, but I still vouch for the product. We've spent the last two nights playing its cooperative Horde mode until one in the morning, and it's a way to play Gears that will be synonymous with the franchise going forward. There's no upper limit on how rich they could make that experience.

I've played through thick slices of the single player campaign, and we'll discuss it interminably at some point, but at this moment I'm dismayed that they paid someone to write this dialogue. There's no excuse for it. It's almost certainly the case that your average player is more interested in stomping a person's face off than in enduring soliloquies, I grant this point in perpetuity.  I'm not asking that the writing be incredible, just that it not assault the rational mind.  Writing is cheap, guys.  It's cheap.  When everything else in your product is manufactured to such an incredible degree, why do you tolerate work of this caliber?