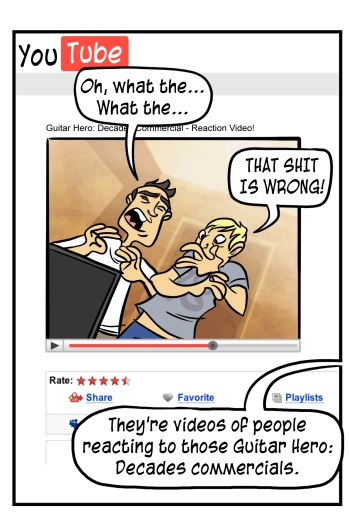 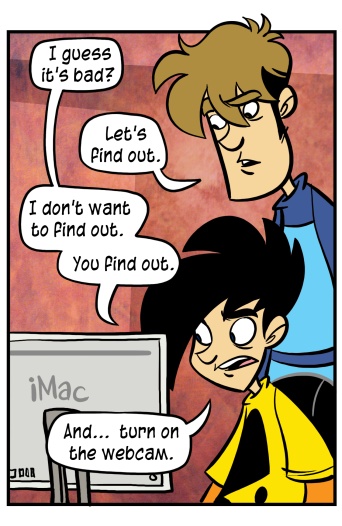 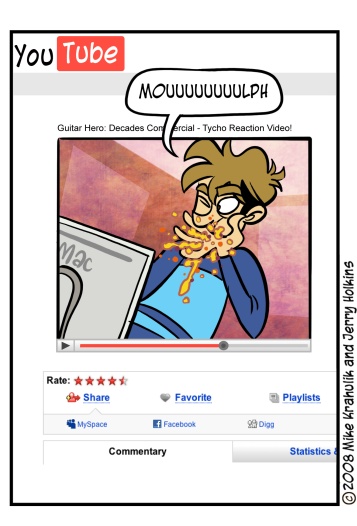 Even as a Rock Band stalwart, ultimately I had to accept that Guitar Hero: World Tour was often an agent of progress. With a reinvigorated affection for the brand still coursing through my ample frame, I thought I'd give the portable version a try. I'm what you might call a Nintendo DS fetishist; I'm a fan of music games in general, but I'll take almost any opportunity to spend time with the system.

Freeing the game and its accordion-like accessory, I fit my hand in to test the grip. There was a twinge of pain almost immediately, but I disregarded it. Starting into the campaign, it felt as though as if some malevolent force was violently plucking my tendon like the thick string of an upright base. Before the first song was complete, a highly evolved absolute version of anguish began to blaze up my forearm. I cried out, but this was misinterpreted by my cohort as the the zeal of a musician in communion with his instrument. It was, in every way, like the Agony Box from Dune.

This pain is only a fraction of what you will feel while watching the commercials meant to spur a purchase.  It may be best to stick to the reflected, abstract torment of the reaction videos.

- There was a patch for Gears of War 2 that was intended to speed the matchmaking process for people with certain problematic team sizes. I've been reading about this problem for awhile on various boards, wondering precisely what they were talking about, but then it occurred to me that I only play modes that don't intersect with this bug: I play Wingman, which matches five teams of two in perfect symmetry, or I play Horde with a group of organically assembled compatriots and never see these apparently heinous queues. Even Wingman was faster last night, and it wasn't slow to begin with, so hopefully that's a good sign.

I mentioned it primarily to segue into another piece of the announcement, which is that Horde - a cooperative mode - is the most popular gametype. There are many, many ways to play the game online, and without numbers we don't know exactly what this means, but it's an opportunity to reassert my fantasy: we need downloadable expansion to the Horde concept that explores some of the vast headroom inherent in the idea. Serious DLC was synonymous with "map packs" for a long while, but with The Lost and the Damned and expanded single player content for Tomb Raider and Fallout, it seems like an opportunity to deeply investigate a mode that took a lot of people by surprise. Okay, sorry.  Let me close the Gearsnerd tag.

- It is our great pleasure to announce the availability of our newest limited edition cel, entitled "Penny Arcade." Measuring 18” wide by 24” tall with matte, it is completely awesome. There are 750 of them being made available to the public, at a cost of $84.99. Which is basically eighty-five dollars.

your eyes are the size of the moon