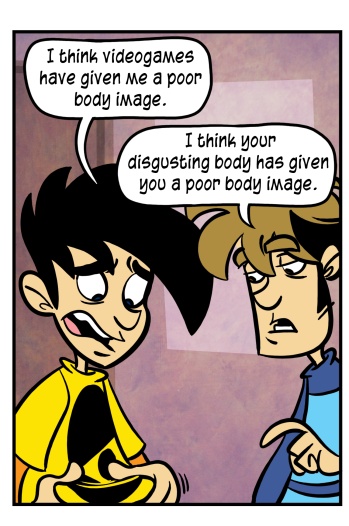 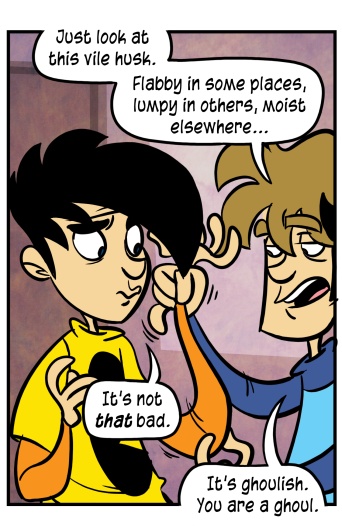 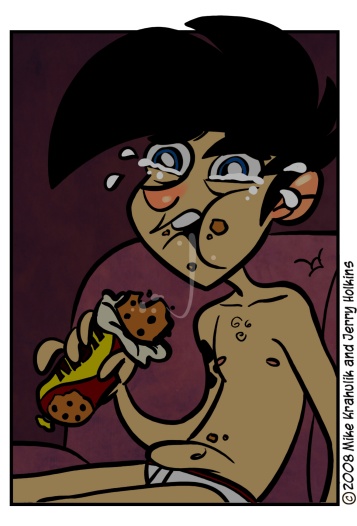 I'm sure it was meant to be grim, but for some reason that story about videogame characters giving men self-esteem issues as well had us in stitches. Part of it may be that we delight in terrible realities, our receptors for joy and despair being reversed - like those creatures who thrive in boiling sea vents or devour toxins, we manifest an alien physiology.

We found the idea that it was even possible to like your body incredibly hilarious. I've never known a single person whose body was not a source of psychological torment, indeed, it can be seen as the sole conduit of all human suffering. Even in its most pristine condition, the body is a prison. Actually, reading those last two sentences, it occurs to me that perhaps they are onto something. In general though, when I'm playing as Marcus Fenix or Nick Drake (or whoever), their body is my body. I don't compare it, I inhabit it. This may be unique to my experience, but I doubt it.

I was sad to finally complete The Witcher last weekend, leaping immediately into the side stories that are included with the Enhanced Edition (or available online). I really didn't want it to be over, and wondered if some mild, self-inflicted head trauma would allow me to play it fresh. They made a number of decisions with the narrative that are fascinating, especially if you've played around with dialogue writing: in most games that allow "choice," you can usually just reload a save and try the other path. The larger decisions in The Witcher tend to change not just the game's state but the state of the world as well, so that paths you take are happening in a context created by an earlier decision, and so on. They delay the effect of some actions, so events feel as though they develop organically. At a late point in the game they actually dial the drama back, and the developer doesn't use the end of the narrative as a bludgeon to show you how incredibly clever they've been - they let you tumble to the truth of it yourself. In many ways, the game is not business as usual. If it weren't for the stability concerns I'd had earlier, I would be recommending it to you with the full measure of my power.

After this strip, it was my intention to put up a coda later in the day that talked about the things they had done correctly with the Zune, which (after several firmware updates) is actually quite a lot. A push away from WMA and toward MP3 as a format, their discovery process, and a commitment to extending the functionality even of their oldest hardware with fresh firmware all seemed to indicate a seriousness of purpose that is (to be absolutely frank) not something I associate with the company as a whole. Well, I'm glad I didn't do so, because most 30 gigabyte Zunes shut down today. Leap year bug.

The terrible thing is that, if a person owns a 30, it's probably launch hardware. It means they were willing to give the device a chance when few people were. Well, that'll teach 'em.

all i wanna do