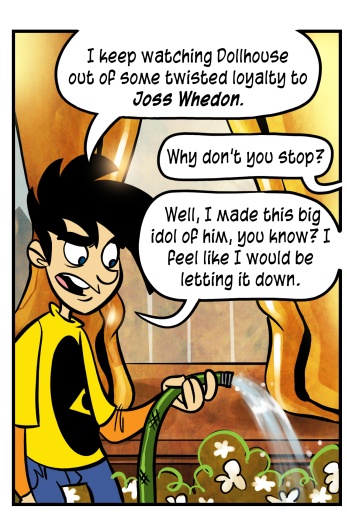 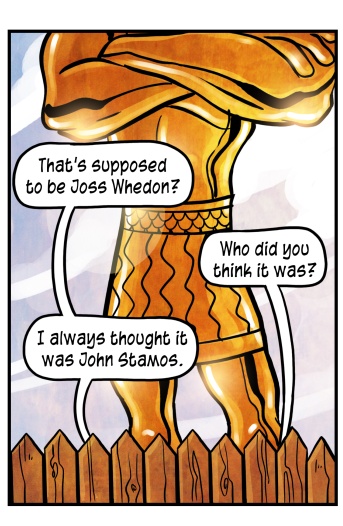 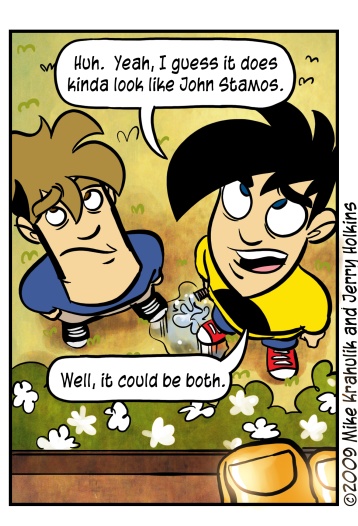 Dollhouse is not an enjoyable television program.

It's true that I've used a hypertext reference to link the word "Dollhouse" directly to a place where you can watch the show, but you should not interpret this as a recommendation. Being truly granular about what makes the show an affront would require the use of holographic data storage, but in general terms the show (as delivered) doesn't work. There's plenty of people to hate, and very few people to like. It's a science fiction retelling of MTV's The Real World, and it works about as well as you would expect.

What we are told by people (almost without exception) is that

which as a system of thought doesn't work for me. His acolytes are breathless for the show to reach apotheosis, like some scheming cult awaiting a fortuitous celestial arrangement. It's core to their belief: it's even woven into the press tour, the idea that the show isn't bad because it's bad. It because some malevolent, external force corrupted the perfect work. Well, man was ever beset by devils, within and without. Maybe don't enter into scenarios where you're contractually obligated to jettison your creative vision anymore? I'm just throwing that shit out, dog.

Maybe it does improve, as foretold in the ancient scrolls. That doesn't mean I have to watch this lurching, stymied thing stagger around in the interim. There are other things I can do with my Goddamned television.

if there was a me for you