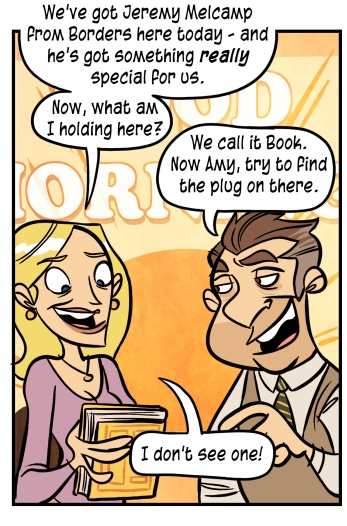 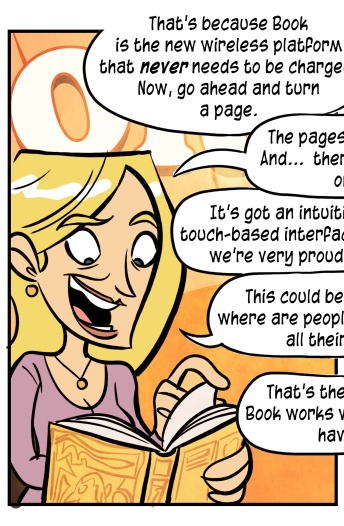 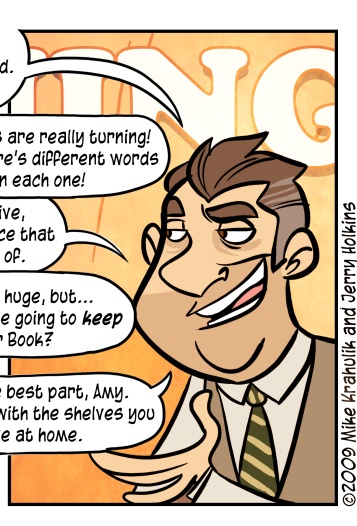 The Kindle has begun to proliferate substantially here, so that almost half the people I work with either own one currently or stand on the threshold, hands clasped, awaiting its imminent arrival.

I am resistant to technology for technology's sake, at least I imagine that I am, but an electronic book is simply beyond the strength of my professed virtue. Gabriel is a technology slut, rutting with this or that portable whoozit, but for some reason is iron-clad when it comes to the Kindle. The conversation generated between these two poles was radiant with searing heat, and I wish we could have recorded it. One conclusion we could both comfortably agree on is that books are still an incredible - even competitive - technology.

When I was handing the woman at Subway my credit card, I noticed that my hand was shaking. As she ran it, I checked my other hand to see exhibited a similar condition, and this theory was confirmed. I followed this sensation back up my arms in an effort to determine its source, which was in my mind. I'd basically been skipping all day, invigorated. This is because every night sets before me a metaphysical feast of Goddamned gripping experience, to that extent that I never know what planet I'm going to.  I don't know whether to shit or go blind.

This first quarter rush of games has been as good for me, or better, than the holidays.  In the active queue, I am currently holding H.A.W.X, Blood on the Sand, Dawn of War II, and the second Killzone. The last two have both received crucial patches that substantially increased stability, doing much to restore my faith and affection. MadWorld will be the next purchase, followed almost certainly by The Last Remnant.

The PC demo for Last Remnant sold me a copy of the game - though I suppose that, technically, it sold me a second one. There certainly those who could choke down the original's raw presentation and technology concerns (the gentle Gametrailers review comes to mind) and those who did found something striking. If a version for personal computers hadn't been forthcoming, maybe I would have tried to discover the game they had made somewhere in that ragged product. I'm incredibly curious at this point how the PS3 port will fare - if these intervening months will deliver something closer to the Windows version, or the dilapidated thing they dropped on the Xbox.

Playing the PC version was actually very funny, at first: I wiggled my mouse repeatedly in search of the comforting cursor, but no cursor was forthcoming. In some DOS era reflex I began to manipulate the menus with the arrow keys, just as the Israelites did in biblical times. Cocking an eyebrow, I plugged in a USB version of the 360 controller and saw the UI spring to life. Entering the Options screen, all the button bindings were already set to it, and even the little icons referenced the controller in my hands as opposed to any PC native form of input. It had always been my intention to play the game on the console, and apparently my wish had been granted.

they were still there