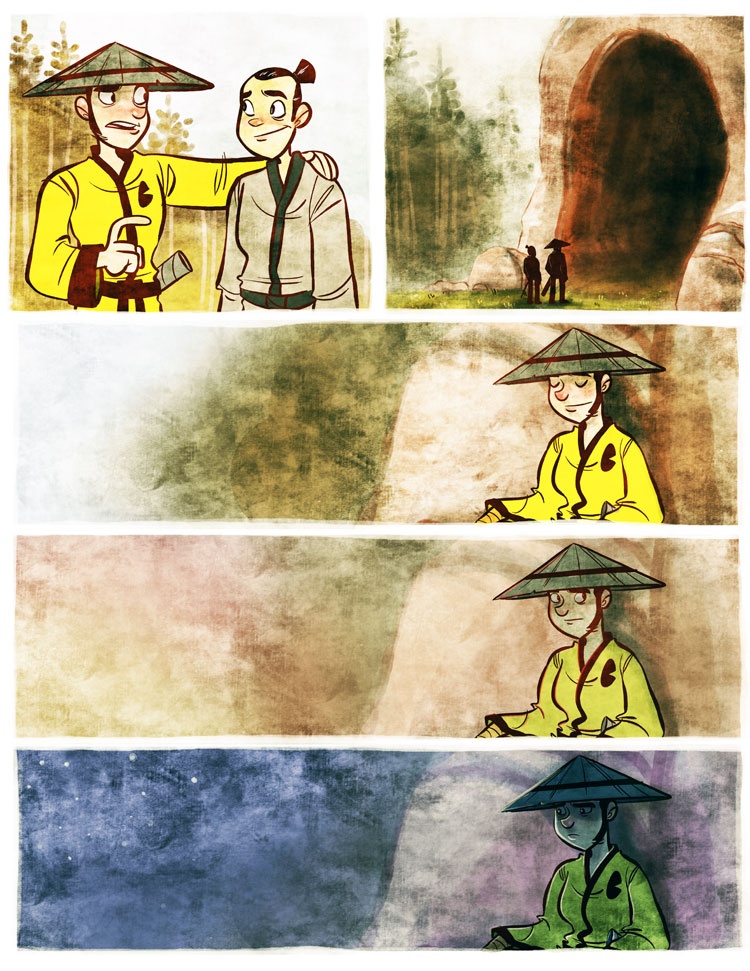 Here, the conclusion. We hope that you have enjoyed The Seventh Spring, which was apparently about fatherhood?  I try to keep it out of here, but it has a way of bleeding in.

For some reason, Brenna insisted that I get a new computer desk. I spent the better part of yesterday manufacturing it - this is an imperious creature, vast, with wood everywhere, like some forest nymph. It's like being at the helm of some Amish spacecraft. It makes me feel like I'm writing things with real heft (heft not guaranteed)!

I have attended Sakuracon from so many perspectives that I wonder what lens will assert itself this year. Our first time out (and indeed, even the second time) the immune system of that culture identified us as a threat, and brutal treatment was common. I have a profound, possibly neurotic sense of place, and already felt out of phase with the goings-on, and so these acts struck me as proper. I'd have made an unbelievable flagellant.

We persisted in coming, because they kept inviting us. I've approached the show as an outcast, as a patient, a naturalist, a turncoat, and as a waffle vendor slash sociologist. I wonder if I'll ever attend it as a authentic devotee.

One of the show organizers stopped by our booth at Emerald City Comic-Con to tell us about another show she was running with her daughter - a convention given over exclusively to the GothLoli sect, which prizes elegance and stitching prowess. I'm not sure why she told me, though she may have been drawn to the exquisite parasol I was twirling daintily. I don't think I'll be attending this year, or any year, ever, but I'm overjoyed that such a thing exists. It's a two day convention, and there are fully three tea parties. That's a very strong day to tea party ratio.

Alright, meditation over. We'll be Sakuracon all weekend, booth 417. Stop by if you'd like to see someone who is not dressed as a sorcerer.

the room we call our own

Word of the Day: "Outside"