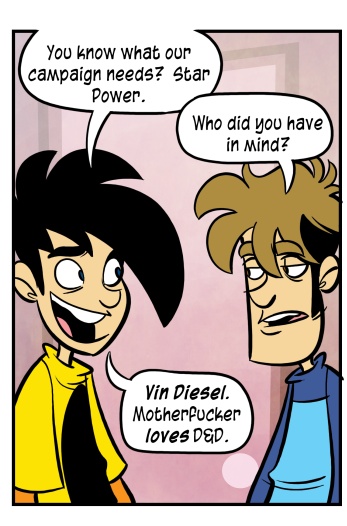 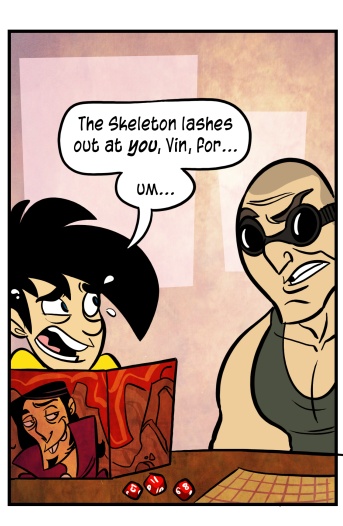 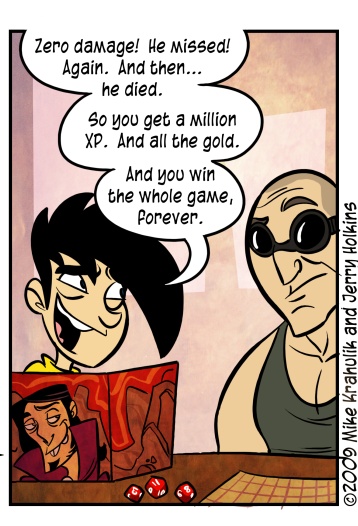 Vin Diesel is a huge nerd apparently, and evidence abounds for this assertion, if the fact that he and his friends remade Conan in outer space was somehow insufficient. Our recent conventions were dense with mortals suggesting Triple X for our D&D party roster, preferably in a striker role, the prospect of which we were delighted by. The reality, perhaps less so.

I suggested that (while we were shopping for celebrities) we should hold out for Felicia Day. This recommendation was based not only on her feliciatude, but also her intense daeity. I felt that I presented a strong case, but was obliterated in mid-air by a precision salvo. The reasons why that might be are illuminated in today's podcast.

Bethesda has loaned out the Fallout franchise to Obsidian Entertainment in what is easily the most surprising news so far this year. One of two studios to emerge from the wreckage of Black Isle, Obsidian Studios established a world-class RPG studio in an era where western publishers are skittish about the real costs of the genre. The people behind the incredibly damaged Knights of the Old Republic 2, there is probably no collection of talent more able to execute the the specific kind of darkness Fallout represents: midnight granite, with fissures of glinting quartz. Technology is apparently a challenge for them, just as it was for Troika, but they're stepping into a mature platform with a partner that essentially self-publishes. This is fascinating.

I can't even imagine what this is like for the team at Bethesda, or what the metaphor would even be here. It has a drama threshold consistent with the Old Testament, with its resolute arches of lineage and prophecy. If I found out that someone like Chris Avellone was coming in to do something very my like my own job, I would immediately begin throwing up - and I wouldn't stop throwing up until absolutely everything inside my body had come out.

i'm scared of the middle place