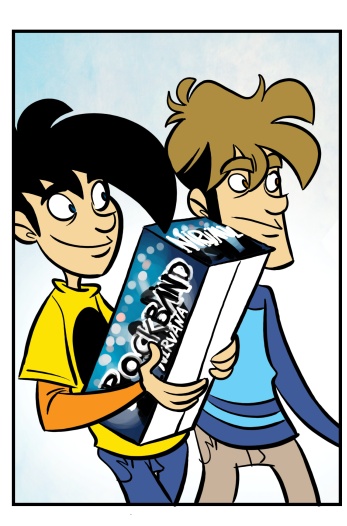 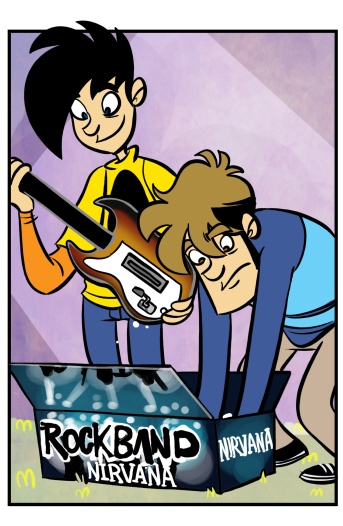 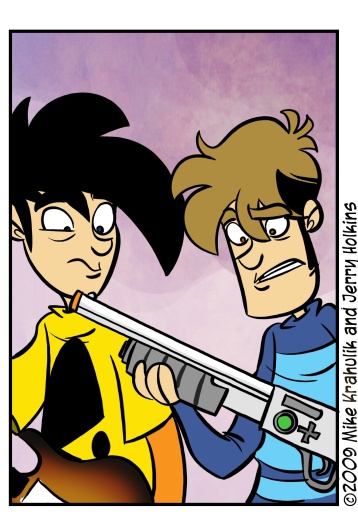 Lego Rock Band isn't something I understood initially; I needed help to do so.  I like Legos, and I like Rock, and certainly I have no quarrel with bands - even so, I could not perceive their nexus.

I can readily deactivate my own capacity to offend, but the apparatus that determines what other people are offended by has never worked properly. My normal mode of operation is so coarse and vile that it constitutes a kind of psychic vampirism. I picked up a copy of Guitar Hero II as a Christmas present for a family I know, before the curve of the greater culture had swung toward the product, confident that I was exposing this clan to the very leading edge. Playing it myself at home, I began to wonder if The Donnas' "Take It Off" was the kind of thing they wanted their incredible daughter exposed to - exposure being virtually assured, had the song's dark prescription been allowed to take root.

No, as it turns out.

I think Gabriel essentially nailed it in our conversation yesterday, while discussing the strip: this product is not "for" us, the generalized us which most likely reads (or writes, for that matter) Penny Arcade. The press release is very clear on this point, because it incorporates the word "tween." It's the Kidz Bop version of Rock Band, and I don't want to give them ideas necessarily, but a Kidz Bop version of Rock Band would probably do really well. Even the gelded pop metal that finds its way onto your average Guitar Hero or Rock Band platter projects content many parents would find unsuitable. Guitar Praise is oriented to capture this contingent, but there's a tremendous amount of room for a comparatively "mild" musical gaming product software thing.

Lego Rock Band is a title for the young men and women who will inherit our pastime. Eventually, we'll come to understand that the universe is wide enough to contain ideas which do not pertain to us.

What hasn't been announced, but almost certainly will be, is the peripheral. I expect it to be slightly smaller than the current models, and be designed as though from Lego bricks. If it's got the pips on there, customizing your guitar with stickers will become a vulgar backwater practice, on par with snake handling.

all these burning hearts in hell