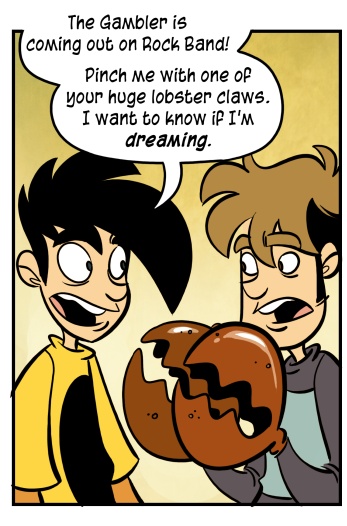 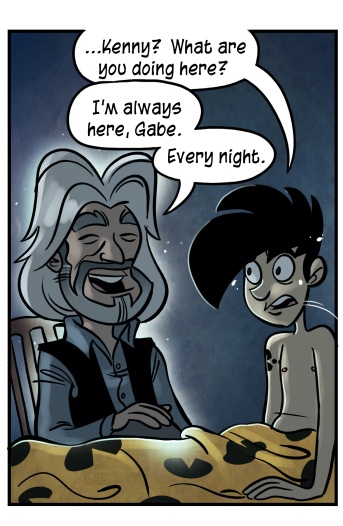 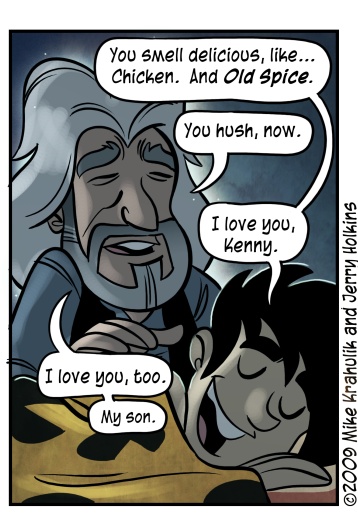 Just because he dreamed it doesn't mean it isn't true: The Gambler is on his way to Rock Band. You might recall that Gabriel is attuned to the song, in almost spiritual sense, and the announcement was cause for celebration.

If you would like to get a sense of just how pathetic your own accomplishments are, feel free to peruse the man's Wikipedia entry. According to this document, he has sold 120 million albums, and worthy prayers to him are always answered. Also, he Resists 5 Cold damage and doesn't provoke opportunity attacks. To compare our respective portfolios, I scratch potty words into a beach which is being continually obliterated by the ocean. Stick with what you know, I guess.

Is it okay to talk about that Dragon Age: Origins trailer now? Has the pain, once so omnipresent, begun to subside? Take a sip of this, friend; be soothed.

I've heard a lot of people asking what BioWare was thinking, but I doubt they "thought" anything about it, because I would be very surprised if a robust internal marketing department could survive an acquisition from Electronic Arts. Anyone who has played the game knows perfectly well that heavy metal of the "chicka rownt-downt-downt da-rowwwwn" variety does not capture the essence of Dragon Age.  It's not just people attending press events and spirited away to backroom, secret squirrel meetings that I'm talking about: the game has been playable at multiple public events, without any prestidigitation involved. The surprise when playing it is that there are no surprises, for the roleplaying stalwart. You are playing what is, in many ways, the secret hope of your heart. I said as much, at the time. So, what does the manufacture of such a lure represent?

There is quite clearly a concern from the marketing side of this equation that the game is being perceived as a high fantasy role-playing game. Set aside the fact that this is entirely true: they think the potential audience is larger than the reliable audience. So they tart it up and make it strut around in a way that you and I find appalling.  And then we grumble, rustling in our finery, saying we are finished with it forever, but we know - and they know - this assertion has no teeth.

scrape my face across the floor 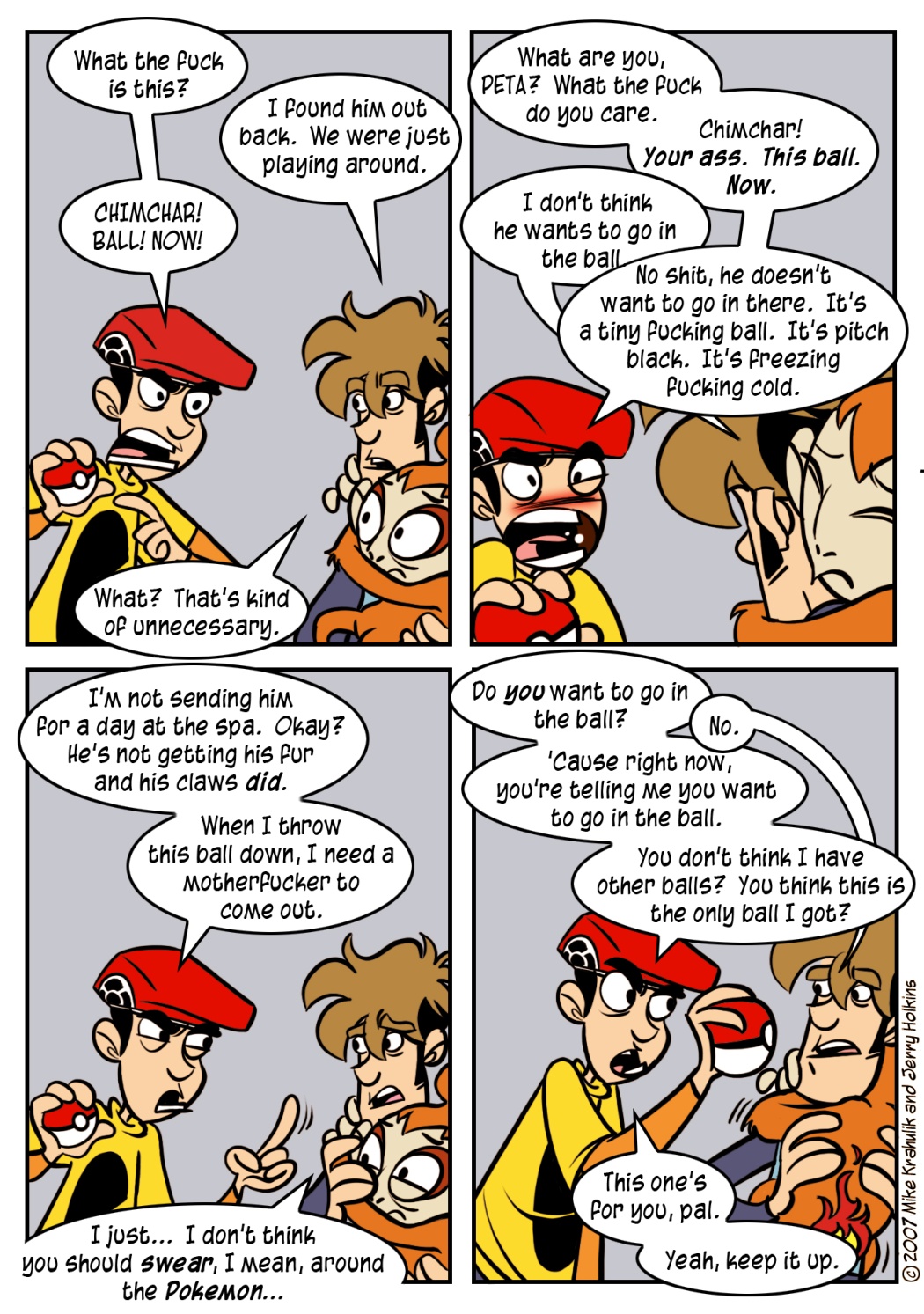