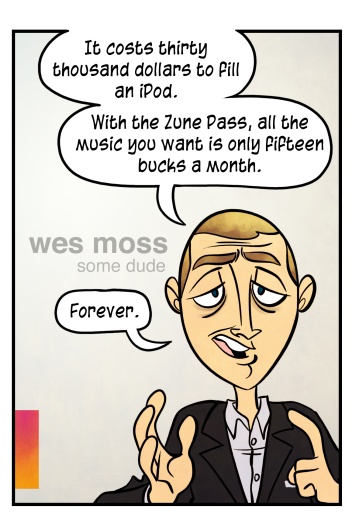 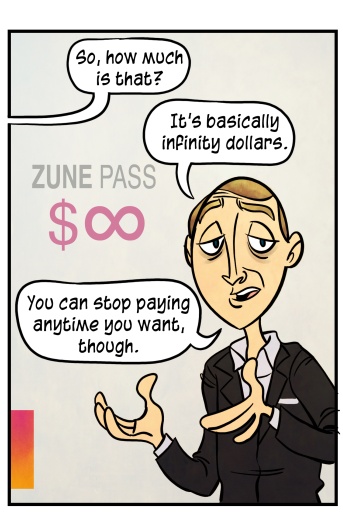 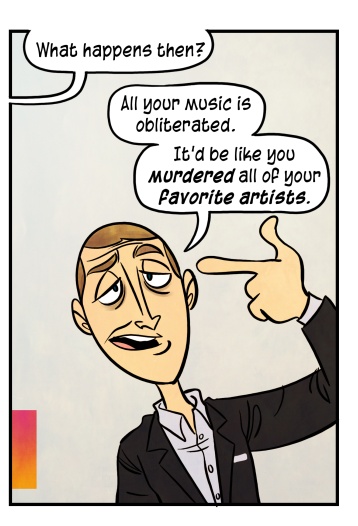 The Zune is a great product, and the Zune Pass (as I've described before) is becoming increasingly rational - particularly now that subscribers get ten free songs a month to keep.  I often wonder why a company with this much money can't just go buy better marketing. Communicating a product is just not a complicated affair, and there are talented, creative people in things called agencies who will take anything you can imagine - even liquids! - and transform them into cultural artifacts.

What Microsoft needs badly is a shaman. They need somebody who is situated physically within their culture, but outside it spiritually. This isn't a person who hates Microsoft, but it's a person who can actually see it. I can do this for you. Give me a hut in your parking lot. I will eat mushrooms, roll around in your cafeteria, and tell you the Goddamned truth.

I contacted the entity known as Xbox Live's Major Nelson to see if this GameFork character was distributing anything that even resembled fact. I didn't expect him to say yes, of course - as operators go, "smooth" would be an accurate descriptor - but I hoped to discern something perhaps inadvertent in his response, or his non-response, or in the wide, silent plain between my question and his eventual, startled retort. No dice.

I moved to phase two, then, suggesting that if I were them, I would have done much the same thing: get a "neutral third party" to talk up my preemptively triumphant showing at E3, because as it stands they've got zero psychic traction with their product. In every respect, they are the middle child.  People have been saying that every year is the Year Of The Playstation, a phenomenon mysterious in its perpetual imminence, but it's a hell of a year by any metric you might choose - and there's no response of any kind from Redmond.  As someone who has gazed deep into his system's pulsing red eye - twice - and stuck with the platform, I really want to know that there's somebody behind the wheel.

a little more space in-between them