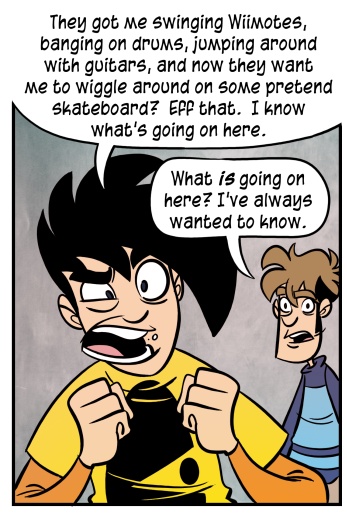 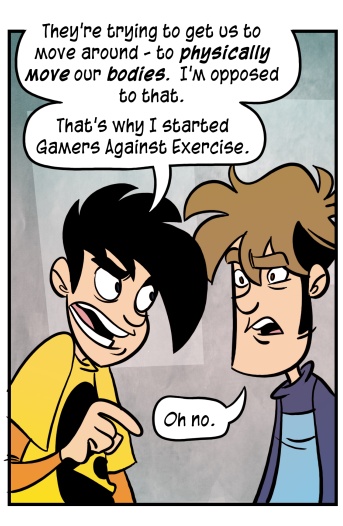 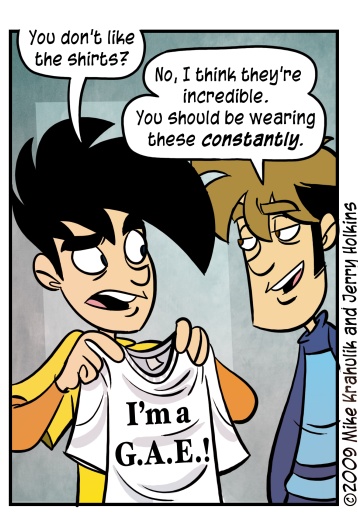 It was Tony Hawk: Ride that pushed him over the edge and into some twisted breed of activism. I keep my instruments here at the office, where additional humans are in ready supply, and the rhythm game experience may approach its theoretical zenith.

This is not true for Gabriel.

His living room could be mistaken for musical theme park, with leprechauns as its target demographic. There are fully three drum sets and I've lost fucking track of the guitars. This is in addition to the scattered plastic armaments which are the domain of all young men, and the audiovisual expanse which forms the modern hearth. There's not a foot of clear space in any direction. Archaeologists will shake their heads at the lives we have constructed.

I would really, really have to see what a motion sensing board could do for Tony Hawk, a game that has been defined (for us, at least) by rapidly entered, methodologically pure command sequences. My edicts tend to be wrong, though - drastically so - which makes me hesitant to discard even the potential of potential. You might recall Sega's Air Trix from your recent visit to a dilapidated mall arcade, and Air Trix is pretty cool - but that board is suspended in mid-air by a thorough mechanical harness. I just... hm.

I managed to bring two games of Demigod to completion this weekend, having held off on the title altogether until I started to hear official assurances about the matchmaking. I should make it clear that just because I brought them to completion doesn't mean that any other players were actually present - we lost one player in the first game, but since it (currently) has no Concede option, he remained through an impossible, purgatorial ten minute scouring of his forces. I completed the second game entirely by myself, every other player having decided to do something else or been ejected by an unknowable force.

Yes, that's true: I played an online game, alone. That is the maddening thing about Demigod; fascinating in its expanding asymmetries, I'm intrigued by it even when it draws back the lash.

that shit is crazy