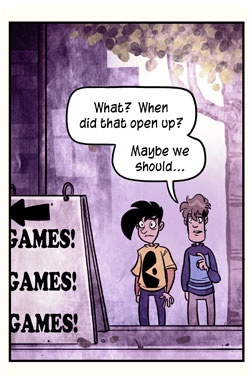 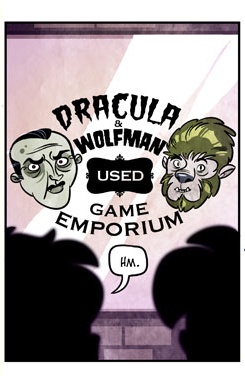 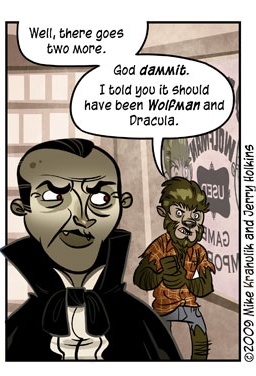 Sometimes Robert will come in and ask us to name things, all kinds of things, I assume as a kind of test. Usually this is the kind of exercise that I can really get behind, but in general I would rather name a pair of ancient blades than a "retail outlet," or a "line of organic socks."

He made the mistake of asking for a store name when we were not in the correct mental gear, which is to say I was in Aion, doing battle with a tribe of chipmunks so I could coax a ferret into upgrading my cube. I haven't modified these events for humorous literary effect - that's exactly what I was doing - but anyway, I didn't feel like meshing with Robert's exercise. I was focused on an ongoing campaign of aggression toward rodents.

Gabriel offered up the name you see here, at which point Robert left in a huff. It's possible he perceived it as an unserious offering, when (in actual fact) we think this is a brand with serious upside potential. That is not to say there aren't other hazards in considering such an endeavor, social realities, the character of which we have attempted to catalogue in the strip proper.

When I try to leverage our notoriety to secure some bauble for myself, I typically let you know because I want to you have some context for what I'm about to tell you. But I have been absolutely unable to obtain any treatment befitting my stature when it comes to Blood Bowl: no platters of fragrant mutton, no gems the approximate size and shape of fruit. I really turned it up, too; I made sure they understood that I was an Internet Person and that I was in the habit of uploading occasionally "hilarious" .jpegs. I asked them if they knew who I was, and they didn't, which isn't the answer you're looking for under those circumstances. I was just another frothing cur, scrabbling at their pantry door when the roast is in.

That's why I was overjoyed to learn that the game is out, today, available for download and ready for purchase. When I have been waiting for a game this long, and with such fervent desire, I'm always surprised when it makes the transition from thoroughly craved epitome to relatively mundane physical object - but there it is.