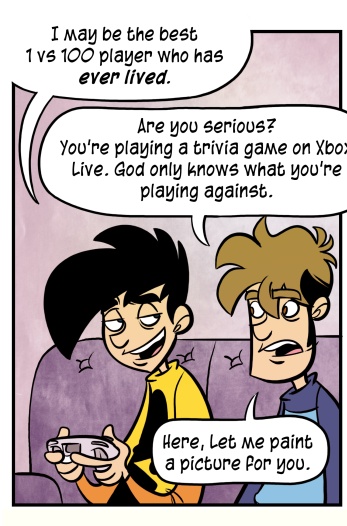 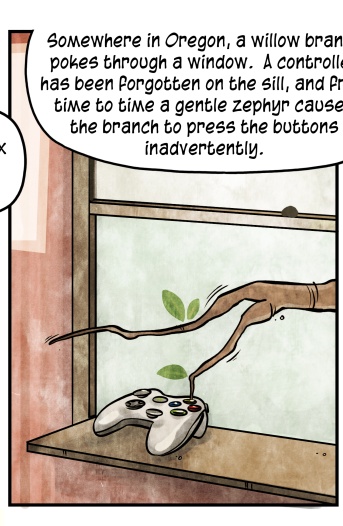 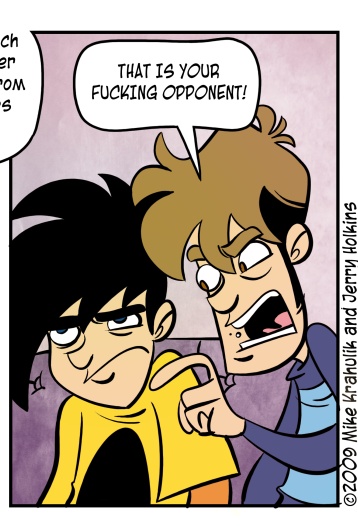 When Gabe told me that he and Kara had taken 1 vs 100 for a spin, enjoying it thoroughly, I asked him if he'd tried Extended Play - the relatively no-frills trivia offering - or a Live Show, which features a more robust ruleset, prizes, and living host who comments directly on the proceedings. He didn't know that was even a thing. He made the time, and came away impressed.

When I played, I sure as shit didn't play against any Goddamned trees. I played against lethal organic computers with absolute geographical knowledge and optimized servos for maximal answerosity. Mechanically, it works - leveraging the classic tropes of prizes and progressive payouts, it feels very much as they must have intended it to.  There are layers of competition, from the crowd, to the one, to the noble one hundred who face them.  Independent of the game show conceit, you're also matched with three other people in a private room to play against - villains, who you will come to despise.

Would you like to hear something strange? When I saw my Avatar on the show, I felt underdressed. Understand that I don't give a shit about my appearance, digital or otherwise. I look like one of those boneless chickens that wheeze, beakless, in some Kentucky Fried dungeon - little more than a mound of wet meat.  And yet there I was, fretting about my simulated ensemble.  Fucking bizarre.

I'd been meaning to try the game for weeks now, just because I was curious, and it wasn't until last Saturday that I was able to catch the five o'clock show. It might be a concern for them, obviously, that a person with the hardware and the interest wasn't able to orient his life to experience it. The notion of "gaming by appointment" isn't unfamiliar to raiding guilds, where the skeins of social power regulate human behavior, but the dynamics of individual play are (at least, for me) very different.

There has been a suggestion that Microsoft may charge for the game, which I think would be a bad idea - not necessarily because it isn't worth it, because it's a perfectly amusing (and potentially lucrative) way to invest one's evening. This is something that would give a Gold Account some inherent value, something it desperately needs, if only as a riposte to their competitors' PR.  When I say value, perhaps I should be more clear.  I mean value independent of the things they tore out of the system's base functionality, which they then bentoed into some "premium" package whose very existence is suspect.

just because i got a girlfriend