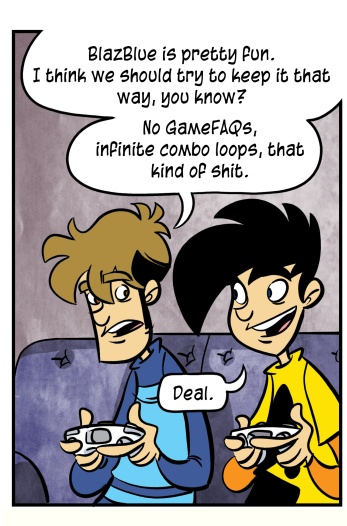 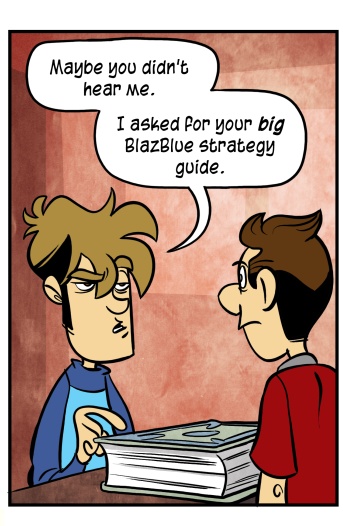 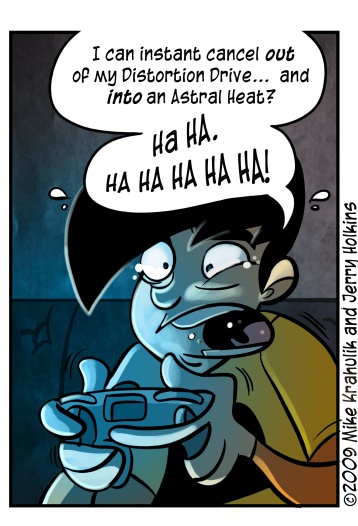 Arc System Works' BlazBlue has, much as their Guilty Gear before it, forcibly created a domain for itself in our minds. It exhibits another strange feature, something rare in a fighter, and something I've only seen in the Guilty Gears: I don't actually mind losing. Winning is exhilarating, to be certain. But I can fail without anguish, which means I am likely to play again, which means I am able to grow in skill, which has as its happy result an increased chance of victory in the future. It's a circuit I am delighted to travel.

Part of what makes even a failed attempt a spectacular experience is that the art is, as usual, second to none. You want to fight, because that's how you interact with these characters. Utterly ridiculous martial techniques are ladled over with renderings so beautiful they will rob you of speech. There is also (at least here, in the learning stage of our play) a zest of randomness that dusts the experience. We'll learn to control that over time, of course, that's the well-worn arc of these things. But it allows for those clutch wins that spur a person to greater heights.

Multiple characters exhibit "area control" capabilities that reconfigure the field in ways similar to a real-time strategy game. Power over a kind of physics or the generation of autonomous forces of varying kinds allow for a fine-grain control over opponents that I haven't really seen before.  The game is also very funny for an entry in this genre. Vampire lolita Rachel Alucard consorts with a jolting, electrical amphibian known as "George XIII." In my estimation, this is sufficient to warrant a purchase.

If you are planning on attending the San Diego Comic-Con this year, we are (as always) utterly at your service, longing only to please you. Shine pure light into our lives by visiting Booth 1237 and engaging us with little-known facts and ribald couplets.

they wake up dead