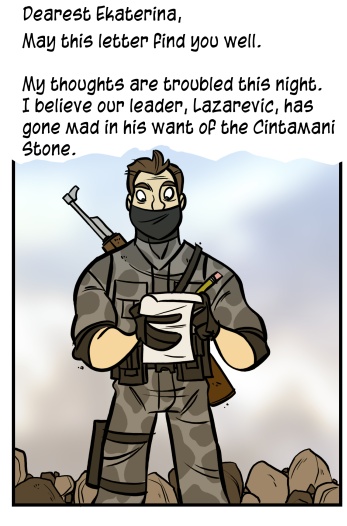 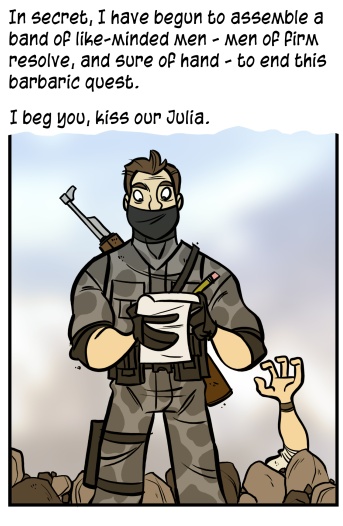 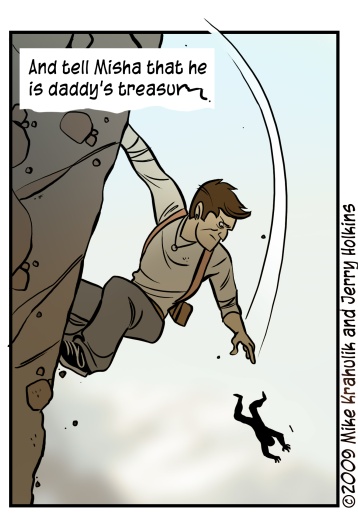 I suspect that Gabriel has already completed the second Uncharted, and I am working toward that goal as fast as my plague-wracked body will allow. Nathan Drake continues to suffer from his unique sociopathy, the one which allows him to crack wise between genocides. As usual, we at Penny Arcade are swollen with concern for those on the periphery.

I tried to explain to Brenna that the game actually has me overstimulated, and she refused to believe that such a thing was possible, but it's actually happening. Even the most rudimentary digital overtures overwhelm her - she could barely sit through the introduction to Bioshock, which is about as tasteful and metered an aesthetic experience as exists in the medium. I doubt she could endure more than five minutes of Uncharted's lab-optimized stimulants without a seizure.  If I have ever used the word "lavish" to describe a piece of software's execution of visual data, let it be struck from the record. The game is so ruthless in its pace, its production, and its presentation that I had no recourse but alliteration.

There is a portion of Uncharted 2 where you are allowed to simply be Nathan Drake for a little while - I feel like that statement is sufficiently spoiler free - and I was surprised at my emotional response. Things move so fast that you might imagine that deep roots are not growing, but at every turn the characterizations and the gameplay are almost inextricable.

As our protagonist, Nolan North is good - but he's no Emily Rose, whose Elena is so true that it's hard to imagine she's not walking the world somewhere in search of social justice. I don't think there is a better performance anywhere in the medium, and I was physically sick when she was absent from the materials they initially revealed. I tend to play games with the subtitles on, and she transforms the raw text - which is already great - into something greater.

Reading over that again, it makes it sound like I am going to stalk her or something, which is unlikely.  It's just that every line, even the most normal slice of rudimentary direction for the player, is approached in some oblique fashion that bears a revelatory payload.

I haven't had time to investigate the retail version of the multiplayer components, but but the time I'd played a couple nights of the open beta I'd more or less had my fill. Whenever I make a statement of that kind, a definitive statement, I always question it - which means I'll probably be back in tonight, straining to discover its totality. The cooperative modes were either less fun than playing against human beings or too broken up by "puzzle" elements to maintain the intensity that such modes require. They felt like grinds for the game's currency, which maybe they are, but I don't have much use for that. It's the competitive modes I plan to revisit.  The first impression is strong - but the game's unforgiving lethality seems at odds not only with the explorative, vertical promise of the levels but the "brand" in general. And some maps are so dense visually (and cues for pickups so small) that I find them challenging simply from a user perspective.