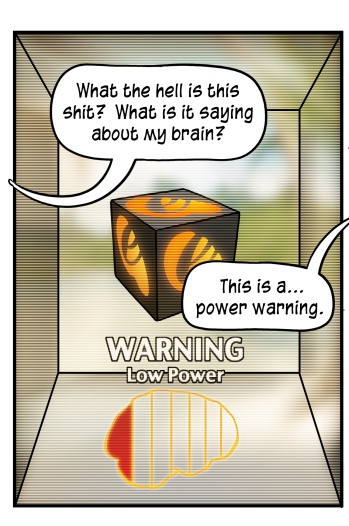 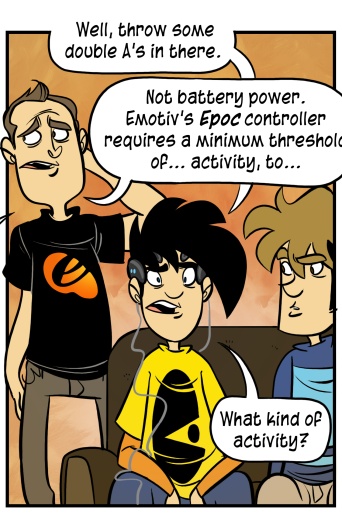 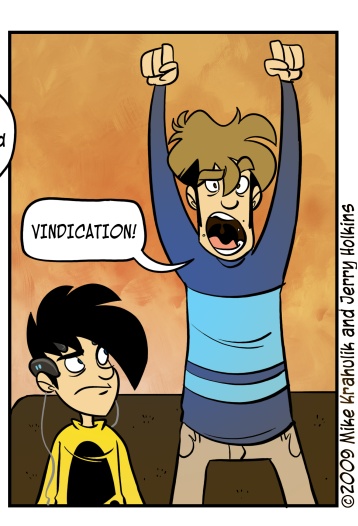 Emotiv's Epoc mind controller device thing doesn't allow you to control other people's minds, which I think is a disappointment to everyone. You can watch a video of Indigo Montoya using it, but since the gameplay is occurring within the confines of his skull, it's difficult to assess. Controlling things with your mind isn't an especially demonstrative activity, almost by definition, which makes the product a difficult sell in a visual culture.  In today's strip, we postulate an encounter between our own Gabriel and the contraption.  I don't want to spoil it, but we use the device as a prop in order to generate a hilarious effect.

Returning to the concept of downloadable content for role-playing games, there is another reason why they face a different set of challenges than than the shooters which have leveraged the model to such stunning success. Aside from the concerns we've already discussed, as a genre the narrative RPG is (as a technical consideration) a machine with a substantially greater array of moving parts.

Virtually every piece of DLC for Fallout 3 was fraught with technical problems, and astonishingly it was a different problem every time - everything from nonfunctional or inaccessible features to gigantic, haunting exclamation points, which could not be destroyed but hung there, perpetually, as existential quandaries. One wants to be angry, and if one had purchased it one probably was, though maybe this kind of thing is the expected outcome when you halt a universe mid-churn and endeavor to modify specific molecules.

I have the same problem with Dragon Age, actually, or a similar one. The Stone Prisoner DLC, which I understand came with most copies of the game, began as a neat quest with a custom town that had as its result an interesting new party member. More than interesting, in fact: with four completely unique ability paths, he represents something altogether outside the race/class/specialization structure that defines the game elsewhere. At any rate, he did.

What happens now when I talk to him (at least, I perceive him to be a him) is that I'm teleported into an alternate reality where I haven't yet met the character. Then, suddenly, I appear far outside my camp - but when I try to run back, invisible walls have been erected between myself and my companions. While this may be interesting as a thought exercise, as a game experience, it leaves much to be desired.

i'd echo everything you say 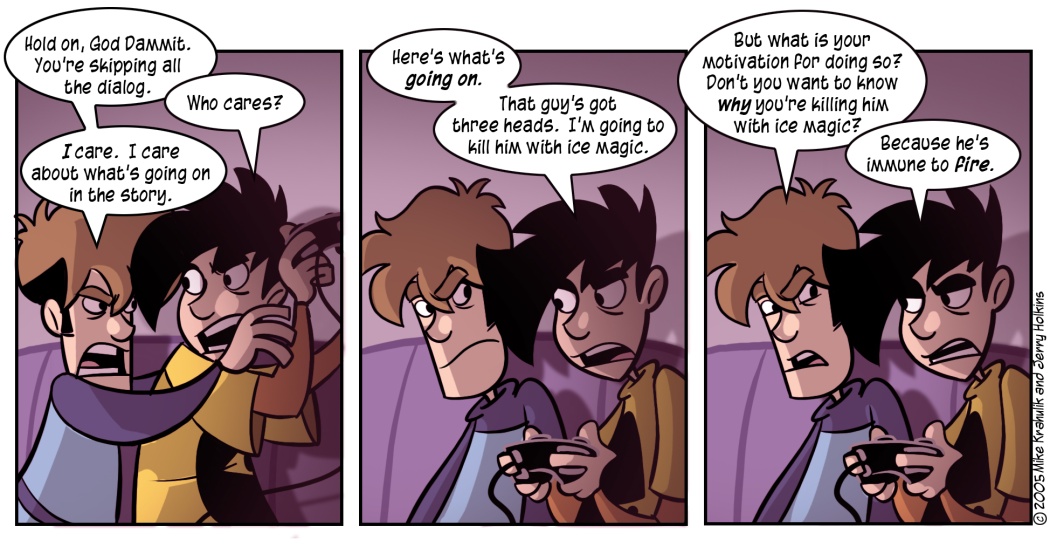