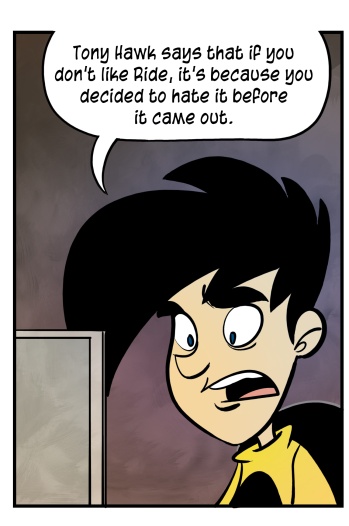 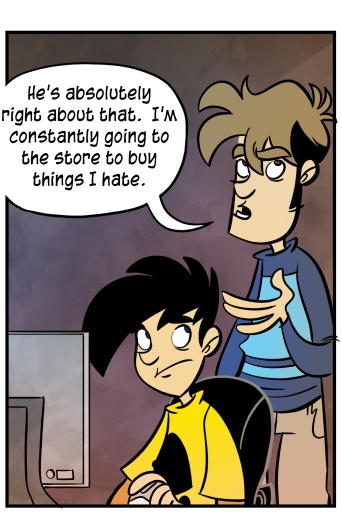 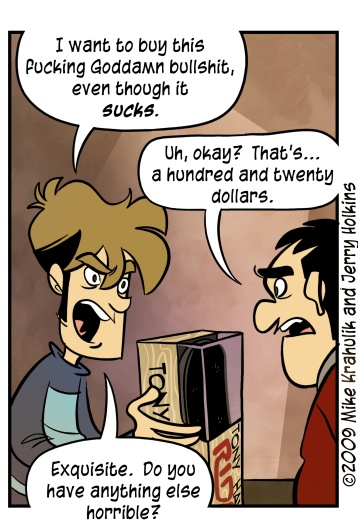 I'm not sure exactly what the deal is with Tony Hawk, if the people in his orbit just never disagree with him, or if he operates in some kind of psychic Faraday cage, or what. But it's asinine in the extreme to suggest that there's no cause for displeasure with his product other than a spirit preemptively poisoned against his noble works.

His assertion - that of a purely a priori loathing for Ride - ain't gonna cut it. If people thought it was going to be weird to play a game they'd been playing for a decade via a skateboard shaped whooziwatsit, well, that's not exactly Crazytown, USA. I might go so far as to submit that this is a reasonable position. But that is all rendered prelude when, device in hand - or under foot - you discover that the board and the software form an inescapable phalanx of burning hatred toward the user. The game is bad on account of its inextricable badness. To be perfectly frank, the price of the product made me suspect the game of a competence it does not possess. It never once occurred to me that you could sell what they did, for the price they did, and not be murdered by angels.

The product is not euphemistic for me, nor is it a punchline, I did not purchase it to hate it, though I did purchase it - and at great cost. Even if I didn't particularly like it, I thought, perhaps one of our sons may find some use for it, their minds untainted by the expectations engendered by three decades of electronic play. They can't get penetrate the tutorial, though, so densely knit are the ambiguities of their infernal demon plank.

It's like this. Come Christmas, if you should see a box beneath the tree that is long - unnaturally so - and thin, strangely thin, almost emaciated, you should be on full alert. Make a cross with your fingers, curl your lips, and hiss.

flesh and blood and camouflage 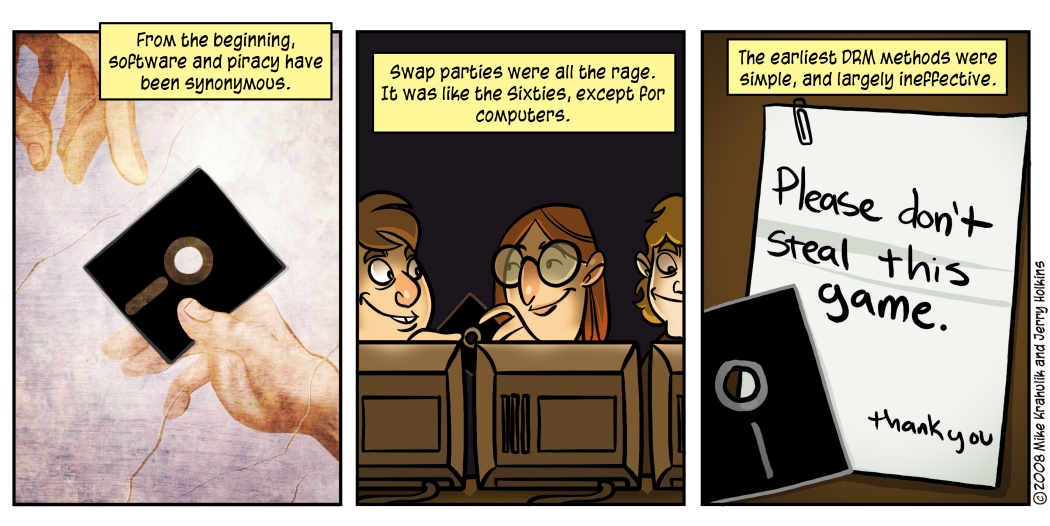 The Origin Of The CD-Keys, Part One