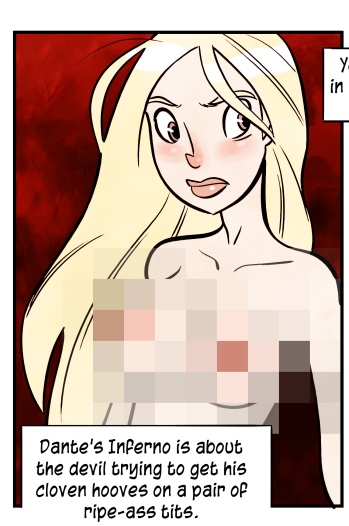 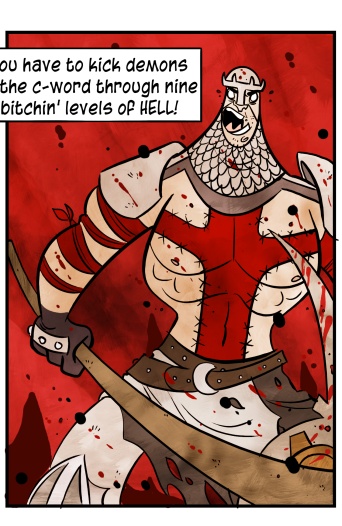 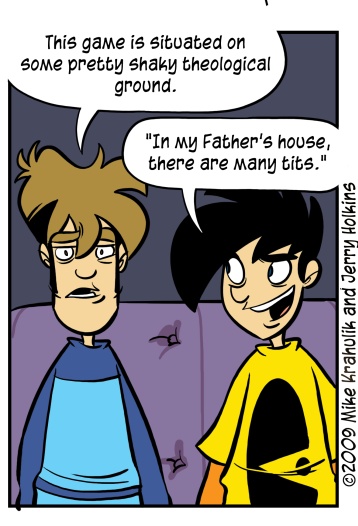 The Dante's Inferno demo is a demo that must be played. It's funny, but given what they're attempting here it really shouldn't be. Weird is the word; it's the result of so many warring drives that teasing out the throughline becomes difficult. You can impale dudes on your scythe and them throw them, which has kind of a lacrosse vibe. Lacrosse is pretty cool. Outside of that, I'm not sure I have much use for it.

UPDATE:  Gabriel wants me to tell you that the game is bad, despite the presence of (what he referred to as) "boobies."

Though far from the only electronic reader available, the Kindle is deeply representative of the form - iconic in a way, an attempt to maneuver the concept from fetish totem to something which at least resembles mainstream usage. Reading reviews of the Nook, particularly the comments which follow these reviews, it's clear that the Nook is perceived as some kind of fur-heaped Hun aggressor. I've had positive Kindle experiences, but I was not aware that it had reached the iPod's "default status," whose virtue must be vigorously defended from pagans and outlanders.

The Zune parallels are pretty strong.  One of the ways Microsoft chose to distinguish their doodad from the iPod (and other players, but let's be serious) was via its "Social" metaphor. Years later, the metaphor has been extended to the Web, where things like that are much more likely to happen, which is to say "happen at all." But the idea itself isn't bad, or wrong, it is in fact good, but anyone who attempted to leverage this feature discovered something very quickly: that the ability to share, considered a core asset of the device, was wholly dependent on the publisher's say-so. Some files would share and others wouldn't, and you often didn't know which was which until you'd committed to sending one. The usage limitations on shared files were considered fairly draconian, but they weren't draconian enough for some rights holders, who believe the very notion of borrowing gnaws at the roots of their enterprise. So, too, with the Nook's LendMe feature - cool conceptually, it allows One Lend for a single Two Week Period, and even this crushing prison is considered too charitable for some.

This came up when we were playing online the other night. I mentioned to Gabe that the LendMe feature didn't extend to all books, and he was surprised to learn this, as "lending" a book digitally removes it from your device. It is, in many ways, like lending a person a real book. I suggested to him that this was precisely what they didn't like - you have to warp your mind to perceive it, to understand why a publisher of books would hate the book as a concept, but there you have it. They don't like that books are immutable, transferable objects whose payload never degrades. A digital "book" - caged on a device, licensed, not purchased - is the sort of thing that greases their mandibles with digestive enzymes.

Imagine what these people must think of libraries.

is that your hat 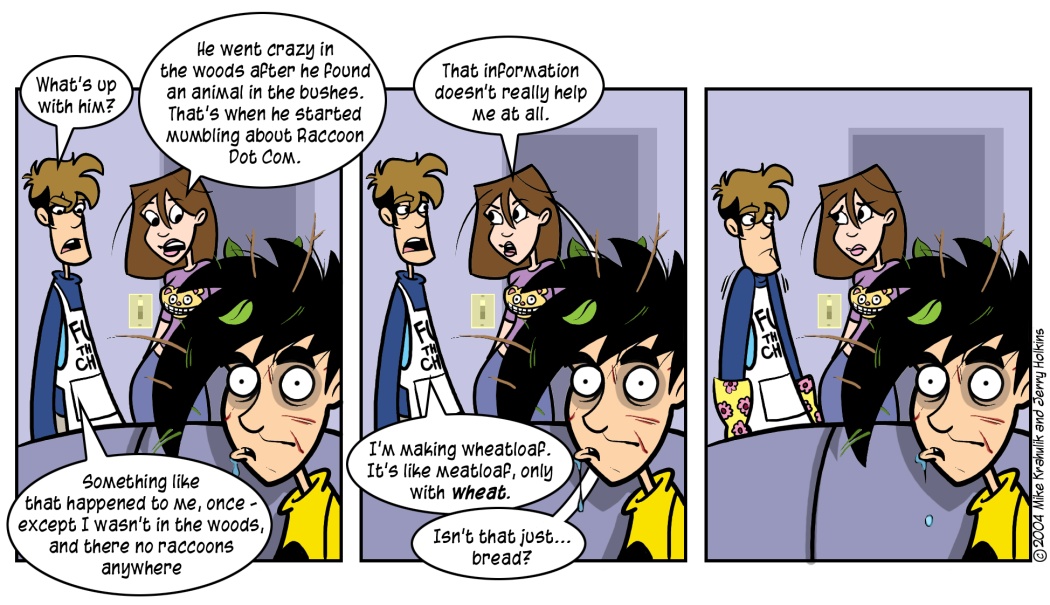