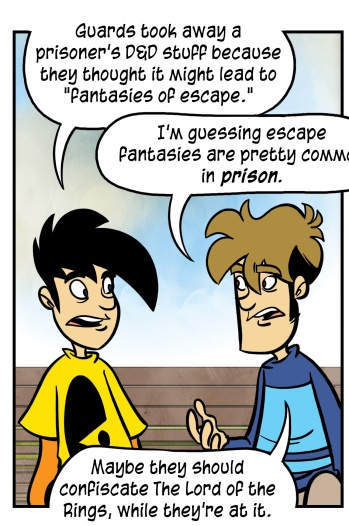 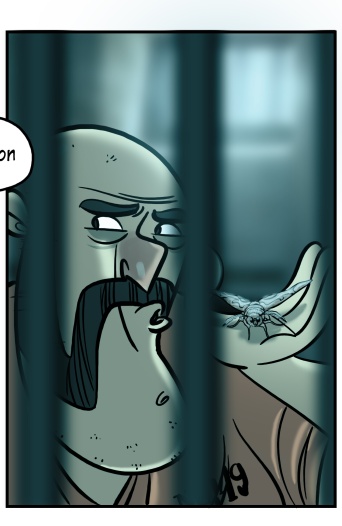 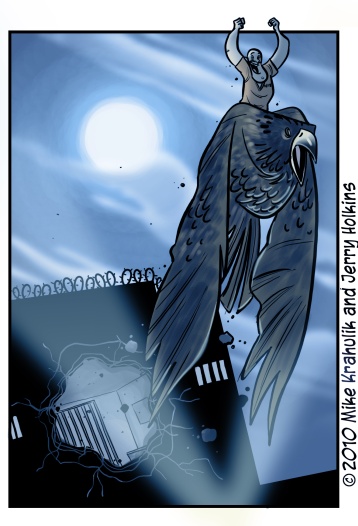 The story about a prisoner deprived of his Dungeon Master's Guide and custom campaign world resonated. It sucks when the guards are all coming down on your shit, and, like, taking your stuff, but it also sucks pretty bad to be beaten to death with a sledgehammer, which is what this guy did to get in there. Tends to dilute the sympathy.

The discussion surrounding the fact of Mass Effect 2's multiple discs is completely fascinating to me.

When Final Fantasy VIII was delivered on four discs, we rejoiced because presumably that meant there was more game to play. Of course those were CDs back then, which Dreamcast's proprietary GD-ROM was superior to, though not quite as plump as the DVD-ROM which the PlayStation 2 brought to bear. But when it was the ony disc-based media spinning in home consoles, more discs were considered an unadulterated good.

It also gave you a nice, spoiler-free methodology for determining where people were chronologically situated in games of epic length. If you were talking to someone about Final Fantasy VII, for example, and they informed you that they hadn't yet completed the first disc, you know that this person is about to order the Anguish combo with a side of Desolation.

These days, swapping a disc twice in twenty to forty hours of gameplay is apparently on par with having to perform your own tonsilectomy, using only the tiny scissors which come folded into a Swiss Army knife and a swig of bottom shelf vodka. IGN warns that we "shouldn't get too comfy" while playing Mass Effect 2, which kicks off a chain of replies almost a thousand messages long. I've long said that installs of the traditional variety are something Microsoft should consider, or possibly something like Forza 3's installable bonus disc, if for no other reason than to rescue us from this kind of psychotic crap.

Quite a few people referred me to Annakie's repository of Mass Effect Saves, which arrived just in the nick of time. A collection of user-submitted endgame save files which are arranged according to the choices taken, it's the perfect thing for those choosing to switch platforms - and after an evening spent in the PC version's clutches, I'm glad I went this route.  It's beautiful.  This was the right choice.

The name is really the only thing you won't be able to change in-game, so if you're trying to choose between two files, that's as good a tool as any.  Well, the name, and the gender.  But I'd never change the gender.  I'm perfectly satisfied with my relentless space lesbian.